AMD has launched a new "Raise the Game" game bundle for its Radeon series graphics cards, offering PC gamers up to three games and access to three months of Xbox Game Pass for PC when they purchase a new Radeon graphics card.

This new bundle will be available until April 25th, 2020, and strangely, AMD has decided not to include its recently released Radeon RX 5600 XT graphics card, deciding to offer new purchasers of that graphics cards three months of Xbox Game Pass and nothing else. 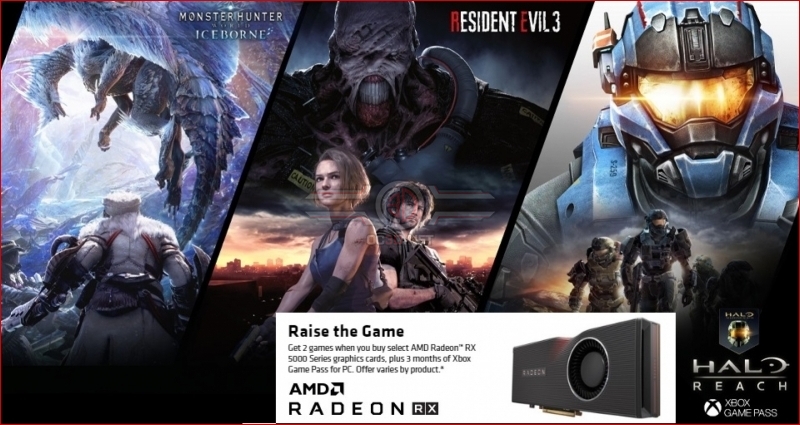 With the RX 5500 XT, gamers can access copies of Ghost Recon Breakpoint, Resident Evil 3, Warcraft III: Reforged and three months of Xbox Game Pass for PC. Not bad for a graphics card that can sell for as little as £160. 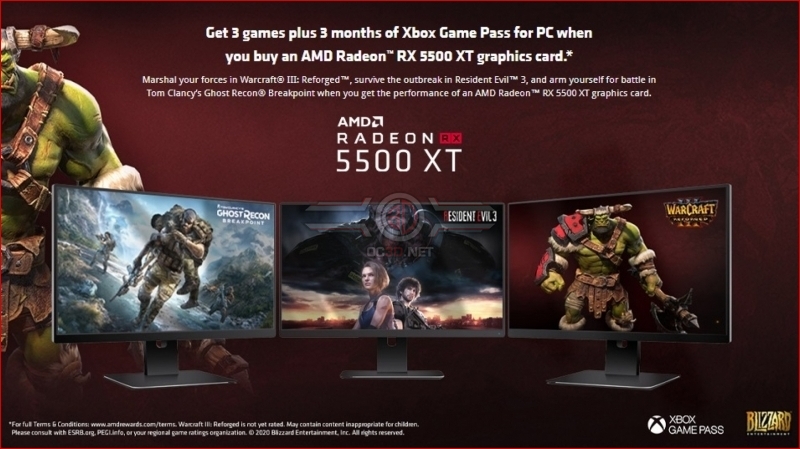 Below is a list of what games are included with each of AMD's Radeon graphics cards, though it is worth noting that pre-RDNA graphics cards will only receive access to Xbox Game Pass, a factor which will help push gamers to AMD's newer graphics architectures.

Strangely, AMD's Radeon RX 5600 XT isn't even listed in the image below, which is strange given the fact that the graphics card is only a few weeks old. 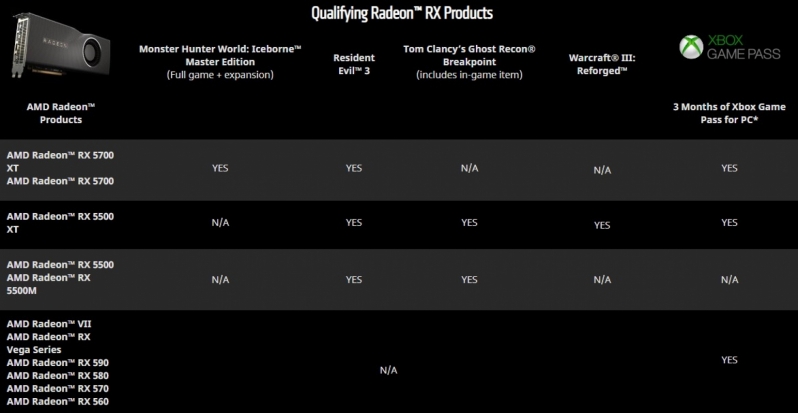 You can join the discussion on AMD's new "Raise The Game" graphics card bundle on the OC3D Forums.