MSRP graphics cards were available at launch, but they did not last for long

Like all other RDNA 2 graphics card, AMD's RX 6500 XT is fully compliant with Microsoft's DirectX 12 Ultimate standard and supports features like FidelityFX Super Resolution. the graphics card will feature a 4 GB frame buffer, 1024 stream processors and clock speeds that can boost beyond 2800 MHz thanks to AMD's use of TSMC's 6nm lithography node. Not bad for a budget-oriented graphics card.

With an MSRP of £179.99, AMD aims to tackle PC gaming's GPU affordability crisis by launching a wave budget-friendly graphics cards that support the DirectX 12 Ultimate feature set while offering hardware specifications that are unappealing to miners. On day-1, RX 6500 XT graphics cards were available at Overclockers UK, Scan, and Ebuyer at AMD's MSRP price. Sadly, AMD's day-1 MSRP stock did not last long at retailers. We couldn't find Radeon RX 6500 XT GPUs at their MSRP price one hour after launch. 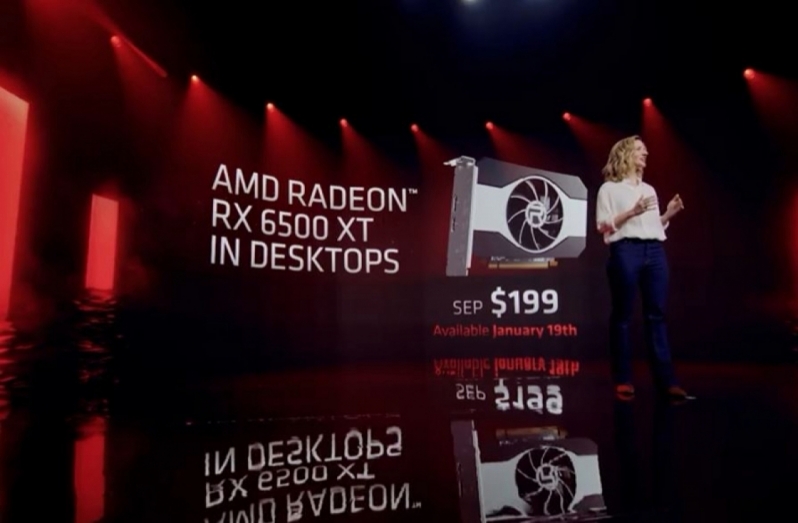 With a small 4GB frame buffer, AMD;s RX 6500 XT graphics card will be a GPU that is unappealing to many cryptocurrency miners. This is good news for PC gamers, as this will lower demand for Radeon's sub-$200 graphics card from non-gamers. Thanks to AMD's Infinity Cache technology and its 18 Gbps GDDR6 memory, this graphics card should have ample memory bandwidth for modern games at 1080p. While 4 GB of GDDR6 VRAM is not much, it will be enough for all modern PC games with the right graphical settings.

Below are the reference specifications of AMD's RX 6500 XT.

You can join the discussion on AMD's Radeon RX 6500 XT graphics cards on the OC3D Forums. 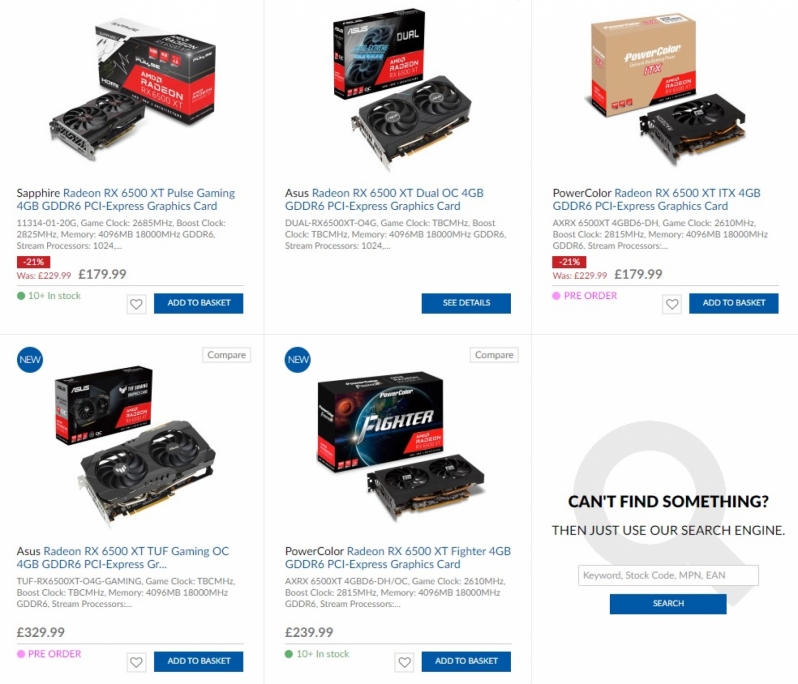 AlienALX
Yeah the funniest thing was said about that. Apparently Gibbo reckons that they have now stuffed up the prices by £50, because quote "The scalpers won't bother buying them at that price, hardly worth it for £50 or less".

Without realising what he just said was "We will scalp you before they do".

dazbobaby
This is a rare GPU you can buy, but don't want to.
We've now reached the point of giving gamers less and charging them more.Quote

Warchild
Quote:
And they will still pay it, because its all that is available