With version 14.2 of Adobe Premiere Pro, hardware-accelerated video encoding support came to the program, transforming the performance profiles of one of the world's most used video editing suites.

For AMD, this update is transformative, at it allows the company's latest processors and graphics cards to benefit from AMD AMF (Advanced Media Framework) processing technology to speed up video encoding on systems with any AMD graphics card. This GPU support even extends to the Radeon graphics hardware inside AMD's Ryzen Mobile processors. 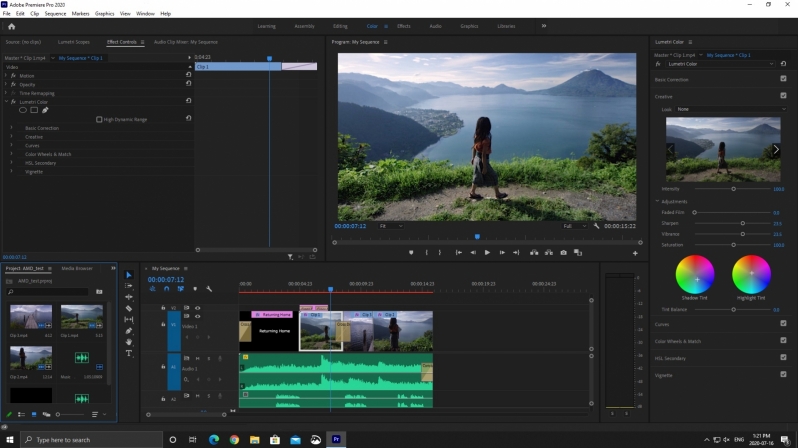 On AMD's latest Ryzen Mobile U-Series processors, the company has noted that the addition of GPU hardware acceleration can allow users to export 4K content at speeds that are up to 29% faster than with just CPU encoding when using a Ryzen 7 4800U. Not bad for an Ultrathin laptop.

The chart below shows how hardware-accelerated encoding impacts AMD's Ryzen Mobile 4000 U-series products in Premiere Pro, highlighting how the feature can speed up encoding speeds across AMD's product line. 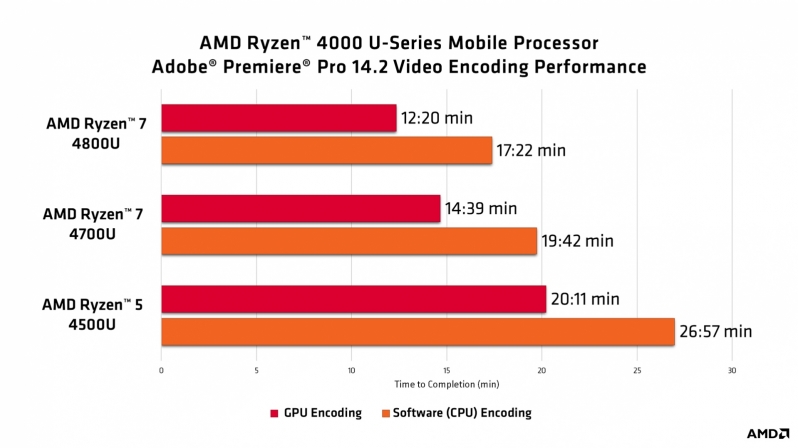 When using hardware acceleration with an AMD RX 5600M (on a Dell G5 15 Special Edition laptop), encoding speeds were 43% faster than before according to AMD's data. This data shows the benefits of moving to a discrete graphics card. 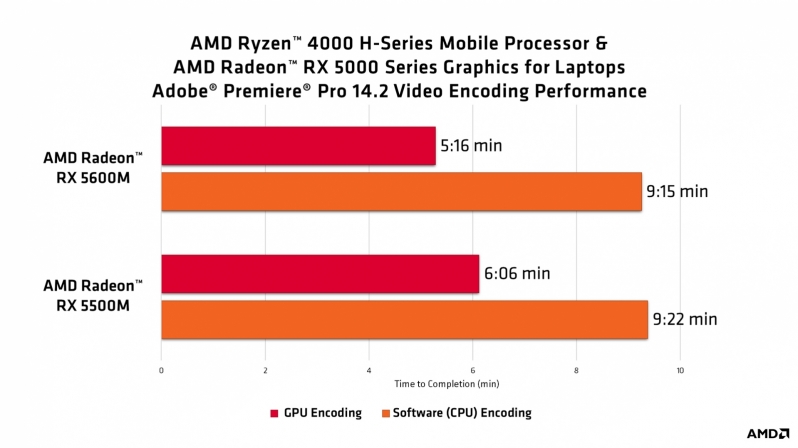 With GPU hardware acceleration, video encoding in Adobe Premiere Pro has never been faster. This is great news for all users of the program, both to those who use integrated graphics or discrete GPUs. While this change benefits all GPU users, it is most significant on AMD's Ryzen mobile processors, as it finally gives AMD an answer to Intel's QuickSync technology.

You can join the discussion on AMD's Ryzen Mobile Premiere Pro Video Editing Performance being faster than ever on the OC3D Forums.