To make a long story short, the RX 6700 is a cut-down version of AMD's RX 6700 XT, with four fewer compute units (36 vs 40), lower base/boost clock speeds, and a smaller memory bus 160-bit VS 192-bit. This gives the RX 6700 a smaller frame buffer, less memory bandwidth, less Infinity Cache, and lower overall compute performance. These changes also give the GPU a much lower TDP, 175W VS 230W. 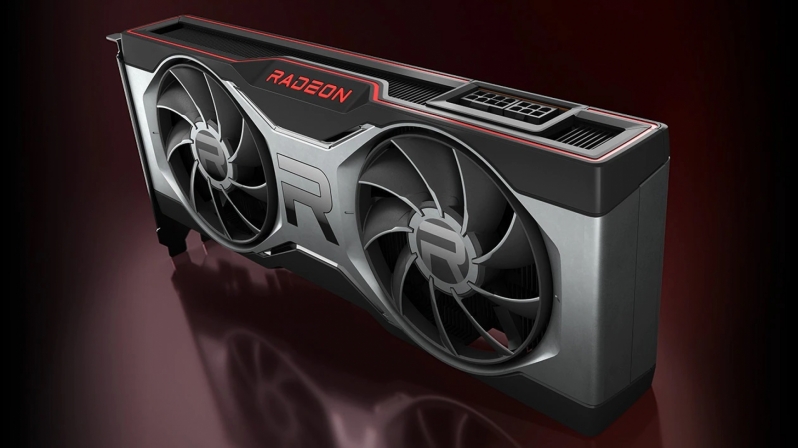 Looking at AMD's RX 6700, it is clear that this graphics card is designed to deliver gamers excellent performance per watt, offering gamers a more compute performance and more memory bandwidth than an RX 6650 XT while consuming less power. With this GPU design, it has been made clear that higher clock speeds on AMD's Radeon RX 6000 series come at a huge power cost, which is almost always the case.

At this time, it is unknown how many GPU manufacturers will be creating RX 6700 GPU designs, or if AMD will sample these new graphics cards to reviewers. We know that Sapphire has created an RX 6700 GPU model, but at this time the MSRP and availability of this graphics card remains unknown.

You can join the discussion on AMD's Radeon RX 6700 graphics card on the OC3D Forums.

Piskeante
they reduce the cost and performance.
they keep the price.

AlienALX
Quote:
TBH with GPUs being so abundant on eBay at low prices they'll struggle to keep prices high.

I've seen a few 3090 FE for £900 on eBay. So both companies are going to seriously struggle shifting overpriced GPUs now.Quote

AngryGoldfish
I don't think AMD will struggle personally. People are still reeling that you can buy a GPU from your favourite retailer at around the MSRP. Just because cards are not out of stock and many are on eBay at discounted price doesn't mean cards aren't being sold.Quote

Piskeante
Quote:
Once ETH goes PoS you will be able to buy ANY gpu at 50% discount over REAL MSRP.
And i aggree with you. This companies are going to have a tough time trying to sell their overpriced GPUs.

GPU mining is already dead. And gamers are way way way in lower numbers that they bragged about. They are just a small amount. Every single miner could be easily counted by 20 - 30 gamers. Even myself.

so this prices will have to go lower, or they will rest on the shelves nearly forever.Quote

AngryGoldfish
Quote:
Are you saying that every gamer that wanted a graphics card now has a graphics card? In the last two months since you could buy a card, all those that couldn't buy one over the last almost two years now have one?

Consumers don't have a choice. AMD and Nvidia set the bar of what something costs. If every gamer who wanted a graphics card has bought one, then you're right. But I think it's absurd to believe that there isn't still huge demand.Quote
Reply