AMD Radeon RX 590 confirmed to be built on 12nm

AMD Radeon RX 590 confirmed to be built on 12nm

Andreas Schilling, an editor of HardwareLuxx, has confirmed that AMD's upcoming RX 590 graphics card will be based on a 12nm process node, posting several images of a new Radeon graphics card box on his Twitter account.

Alongside the GPU's use of a 12nm process technology, likely GLobalfoundries 12nm, AMD also lists support for Radeon FreeSync 2 HDR and optimisations for both DirectX 12 and Vulkan, though these features are already supported on other Polaris-based graphics cards. At this time it is unknown whether or not AMD's RX 590 will offer any design improvements over today's 14nm Polaris graphics cards, aside from increased clock speeds and power efficiency.

It remains to be seen whether or not this 12nm refresh will offer anything more than a clock speed/efficiency bump, as we have already seen that AMD's 12nm Ryzen 2nd Generation processors were able to deliver a few other under-the-hood improvements despite having the same transistor count and die size as its 14nm predecessor. Could AMD offer similar improvements with their 12nm RX 590? 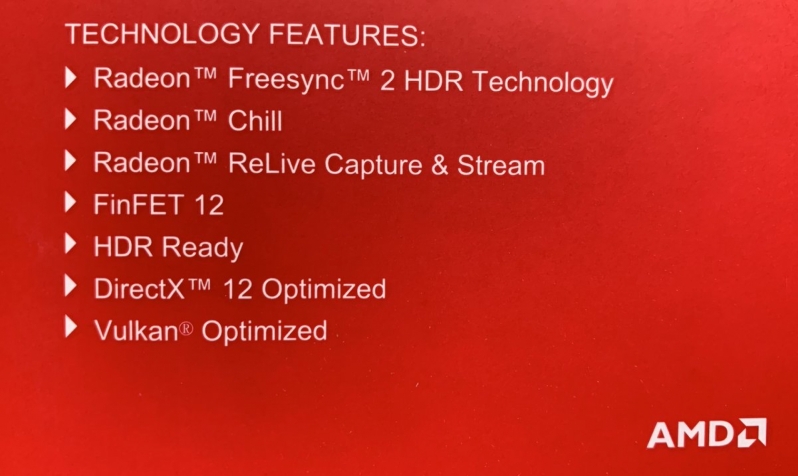 With AMD calling this graphics card an RX 590, rather than an RX 680, we can see that AMD doesn't plan to market this new graphics card as having a generational performance improvement over their existing Polaris offerings. This means that we shouldn't expect revolutionary performance increases over today's RX 580.

You can join the discussion on AMD's 12nm RX 590 graphics card on the OC3D Forums.