AMD has just released its Radeon Software 21.3.1 driver and it delivers a lot of changes. Whether you are using an older Radeon card or a new RX 6000 series GPU, AMD's latest driver will have some new features for you, as well as optimisations for DOOM Eternal: The Ancient Gods Part 2.

AMD has implemented sixteen driver fixes with this new driver, added support for four new Vulkan extensions, and has made some major upgrades to their Radeon Software features.

If you are a Radeon user, you should download this driver. 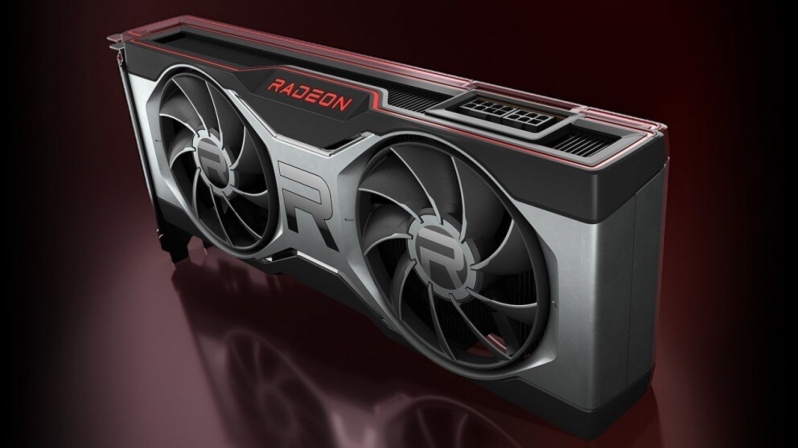 - This extension modifies the original core synchronization APIs to simplify the interface and improve usability of these APIs. It also adds new pipeline stage and access flag types that extend into the 64-bit range. Pipeline stages and access flags are now specified together in memory barrier structures, making the connection between the two more obvious. Additionally, Layout transitions have been simplified by providing generic layouts, which are contextually applied based on the image format. Events are made more efficient as well as they include memory dependency information when they are set on the device. Furthermore, Queue submission has also been changed to wrap command buffers and semaphores in extensible structures, which incorporate changes from Vulkan 1.1, VK_KHR_device_group and VK_KHR_timeline_semaphore. This adds a pipeline stage to the semaphore signal operation, mirroring the existing pipeline stage specification for wait operations.

- This extension allows conditional draws, compute dispatches or clears based on a value in command buffer memory. These commands could be discarded without the application’s intervention if the condition is not met, which may result in reduced latency.

- This extension provides the ability to perform color space conversions during texture sampling operations for the Y′CBCR color space, which is mainly used for processing inputs from video decoders and cameras. It also adds a selection of multi-planar formats, image aspect plane, and the ability to bind memory to the planes of an image collectively or separately.

- Radeon Software may sometimes have higher than expected CPU utilization, even when a system is at idle.
A system hang or crash may be experienced when upgrading Radeon Software while an Oculus™ VR headset is connected to your system on Radeon GCN graphics products.
- Minecraft™ DXR may exhibit corrupted or missing textures when ray tracing is enabled on Radeon RX 6000 series graphics products.
- An application crash may occur in Call of Duty™: Modern Warfare when ray tracing is enabled on Radeon RX 6000 series graphics products.
- Lighting fails to render correctly on Radeon RX 6800 series graphics products in Star Citizen™.
- A black screen may occur when enabling and disabling Enhanced Sync while vsync is enabled in some Vulkan® API games.
- A black screen or system hang may occur on Hybrid Graphics systems for some Vulkan® API games when Enhanced Sync is enabled.
- Bethesda™ launcher may experience an application crash on startup when launching some games.
- Users may be unable to create a new scene in the Radeon Software Streaming tab on first launch or after a settings factory reset.
- Game specific performance tuning profiles may fail to load when a global performance tuning profile has been created or set.
- Disabling HDCP support and performing a factory reset and/or system restart may sometimes trigger a system crash or hang on boot.
- Epic Games™ social overlay or launcher may exhibit color corruption.
- Xuan-Yuan Sword VII™ may experience an application crash with DirectX®12 ray tracing enabled on Radeon RX 6000 series graphics.
- Color corruption may be experienced in Cyberpunk 2077™ when Radeon Boost is enabled.
- Display flicker or corruption may occur on high refresh rate/resolution multi-monitor system configurations on Radeon RX Vega series graphics.
- Audio loss or cutout may intermittently occur on some TV displays when Windows® audio is set to use 5.1 or 7.1 speaker configurations.

- The start and cancel buttons in the performance tuning stress test may disappear when Radeon Software is resized to be small.
- On a limited number of displays, the preferred desktop resolution in Windows® may change when the display is power cycled.
- Enabling vsync in Rocket League and setting the game to use borderless fullscreen may cause stuttering or ghosting.
- Radeon RX 400 and 500 series graphics products may experience a TDR during extended periods of video playback.
- Brightness flickering may intermittently occur in some games or applications when Radeon™ FreeSync is enabled, and the game is set to use borderless fullscreen.
- Enhanced Sync may cause a black screen to occur when enabled on some games and system configurations. Any users who may be experiencing issues with Enhanced Sync enabled should disable it as a temporary workaround.

- GD-106 - Overclocking AMD processors, including without limitation, altering clock frequencies/multipliers or memory timing/voltage, to operate beyond their stock specifications will void any applicable AMD product warranty, even when such overclocking is enabled via AMD hardware and/or software. This may also void warranties offered by the system manufacturer or retailer. Users assume all risks and liabilities that may arise out of overclocking AMD processors, including, without limitation, failure of or damage to hardware, reduced system performance and/or data loss, corruption, or vulnerability.

You can join the discussion on AMD's Radeon Software Adrenalin Edition 21.3.1 driver on the OC3D Forums.