Do you believe AMD's data?

Below, we have charts which showcase the performance of AMD's Radeon RX 6900 XT, RX 6800 XT, and RX 6800 on a Ryzen 9 5900X-based gaming platform with 16GB of 3200MHz memory with AMD's Smart Access Memory technology enabled in the system's BIOS.

AMD has tested 10 different games at 1080p and 1440p, and we will be presenting AMD's 4K benchmarking data below. A link to AMD's website is available at the base of this article if you wish to consume more of AMD's data. 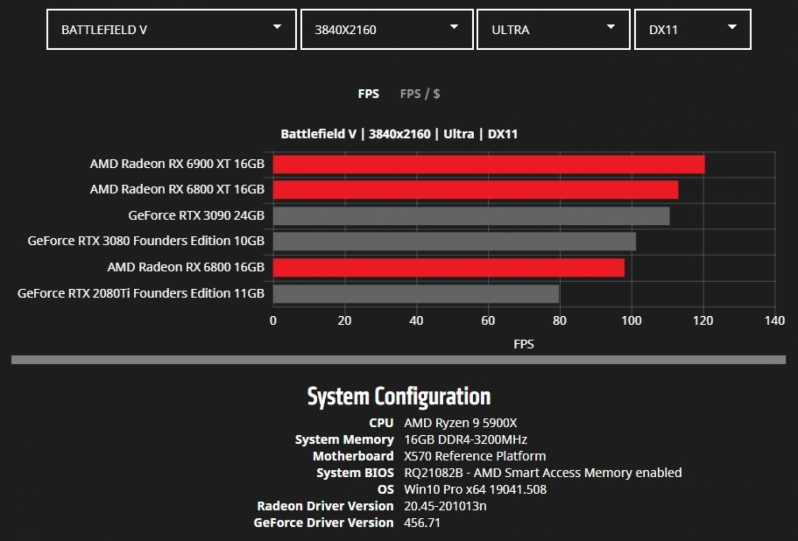 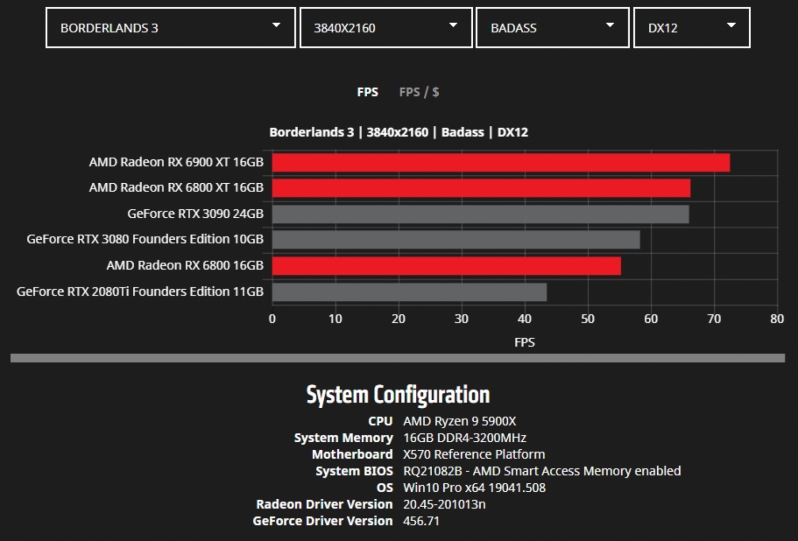 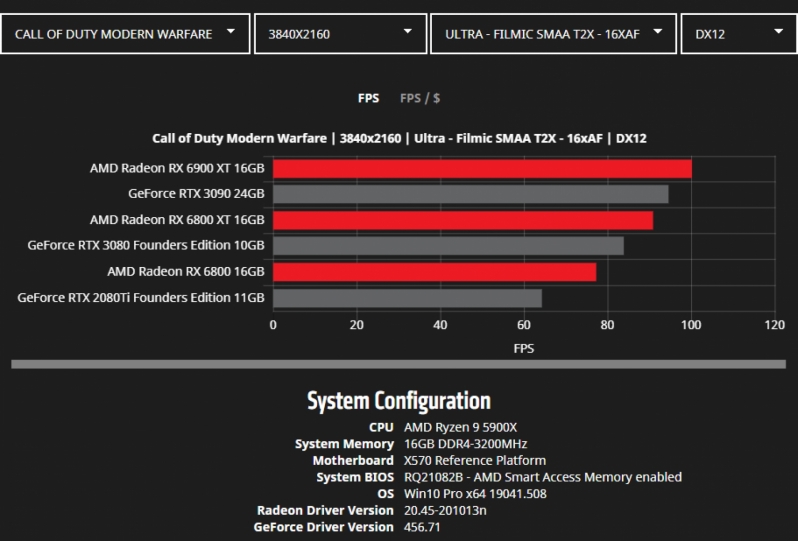 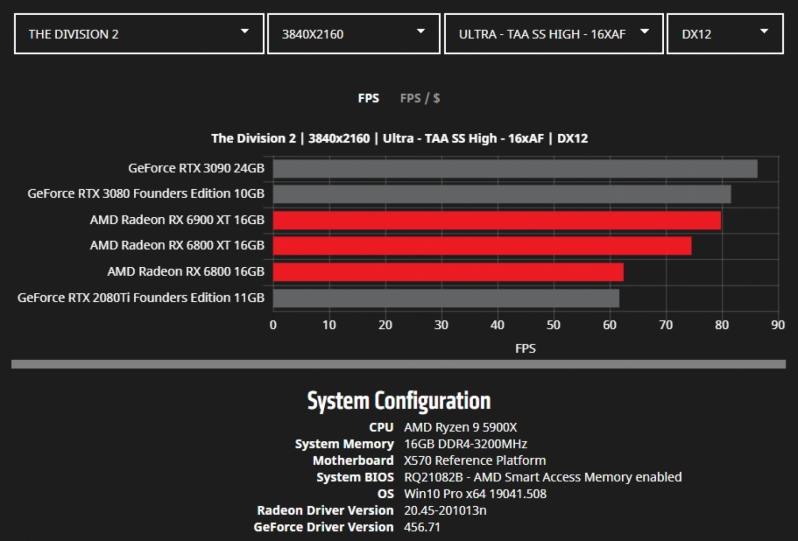 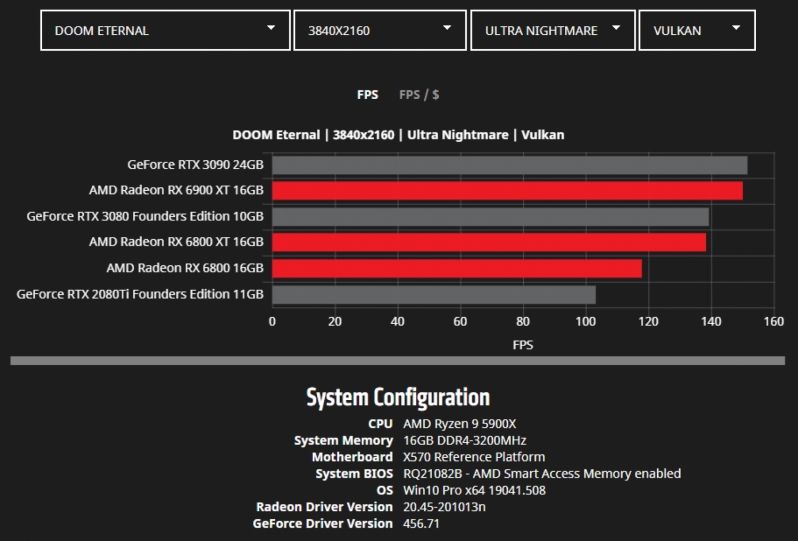 DOOM Eternal shows AMD delivering performance levels which are competitive with Nvidia, with AMD claiming a performance per dollar victory over Nvidia. 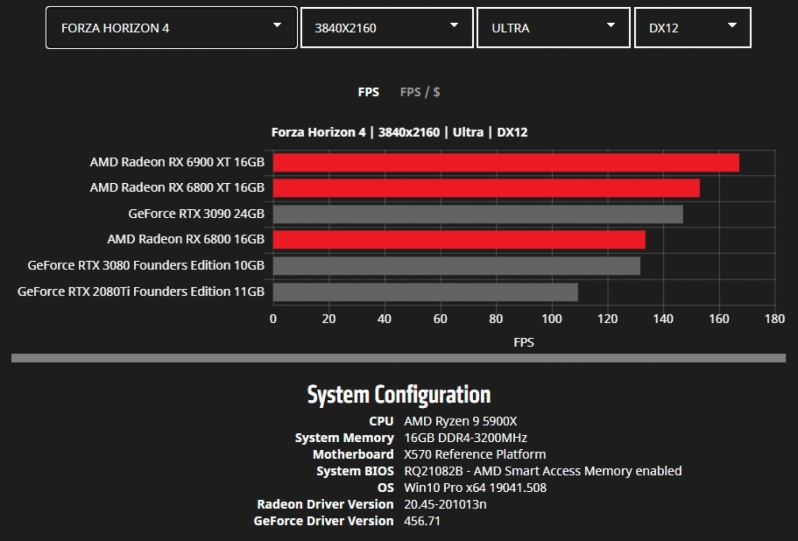 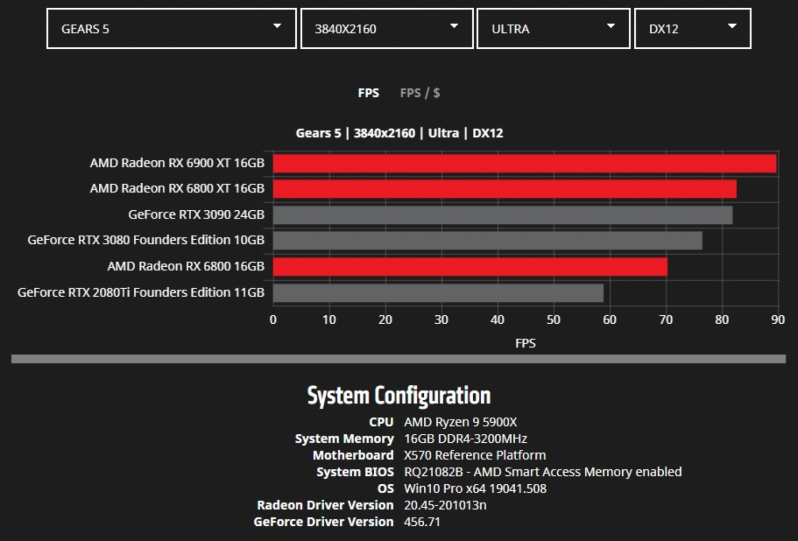 With Gears 5, AMD has claimed a huge price/performance advantage over Nvidia, with AMD's RX 6800 XT offering gamers more performance than Nvidia's RTX 3090 graphics card. Gears 5 is a Radeon branded title, so this level of Radeon optimisation is expected. 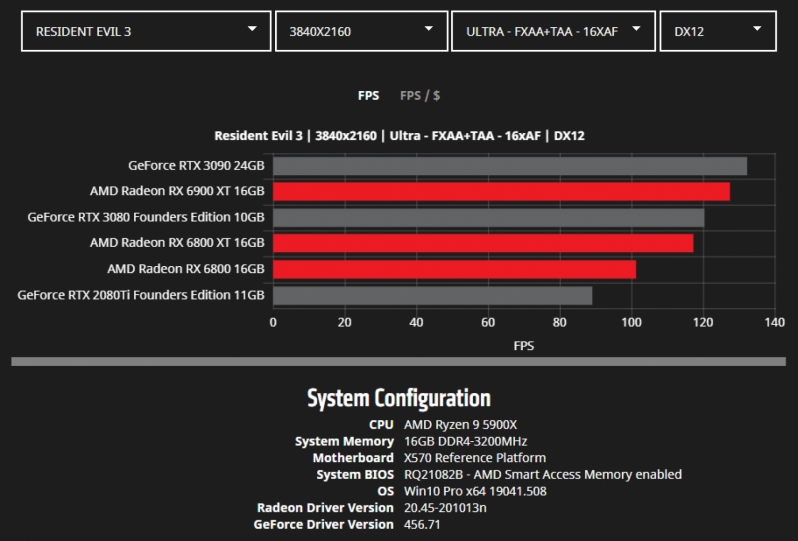 In Resident Evil 3, AMD's RDNA lineup offer competitive performance with Nvidia and slightly more value when it comes to price/performance numbers. Even so, Nvidia's RTX 3080 and RTX 3090 do have a performance lead over their Radeon counterparts. 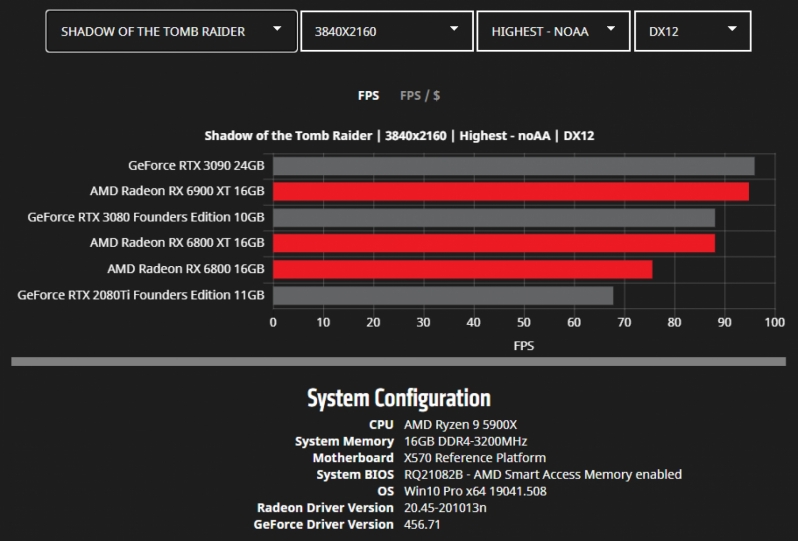 Shadow of the Tomb Raider

With Shadow of the Tomb Raider, AMD is able to offer competitive performance levels, though it is worth noting that ray tracing is not enabled for these benchmarks. 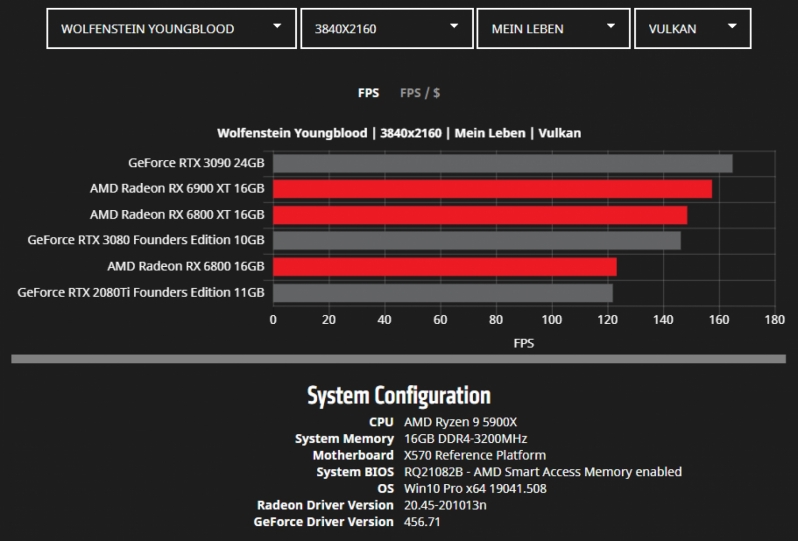 You can join the discussion on AMD's Radeon RX 6000 series graphics cards on the OC3D Forums.

AlienALX
Quote:
1-10% apparently. I think it will all make more sense when the new CPUs come out and we get tests.Quote

AngryGoldfish
Wow, the 6800XT actually is really close to the 3090. Not many have been talking about the new Smart Access Memory and how much it helps these new cards.Quote

Dawelio
I have a question for you all, since you all seems to be much more educated than myself at this and yes, I'm sorry, but I've gotten ill and have no energy these days, so don't bother looking up on Google, since won't have energy to read through it all. So excuse me on that front and apologies if anyone gets offended by me asking here.

But as many have pointed on these new AMD GPUs, especially in comparison to the Nvidia cards, DLSS - What does it really do and do you really need it? As in I'm wondering if it's worth enough to get your hands on a 3000 series card due to this technology, or if it's not essential and hence go with AMD?

Also, as far as I'm aware, most monitors these days that supports G-Sync, also supports FreeSync. Since not many monitors today have a physical module for G-Sync, due to being more competitive with FreeSync. But how much of a difference is there between the two today? Thinking regarding the LG 27GN950 and between an 3080 and 6800/6900XT?Quote
Reply