AMD's FSR feature is already in the hands of multiple developers

It sounds like AMD's planning to make some big announcements for their DLSS competitor, FidelityFX Super Resolution, an algorithmic super-sampling technology that can increase the fidelity of modern games with minimal GPU overhead.

The beauty of AMD's FidelityFX technology is that it isn't proprietary, being compatible with AMD's PC graphics cards, consoles and competing GPUs from companies like Nvidia. AMD is not restricting their technology to a small pool of graphics cards. That makes FidelityFX Super Resolution a lot more appealing than Nvidia's DLSS technology, assuming it works as intended. 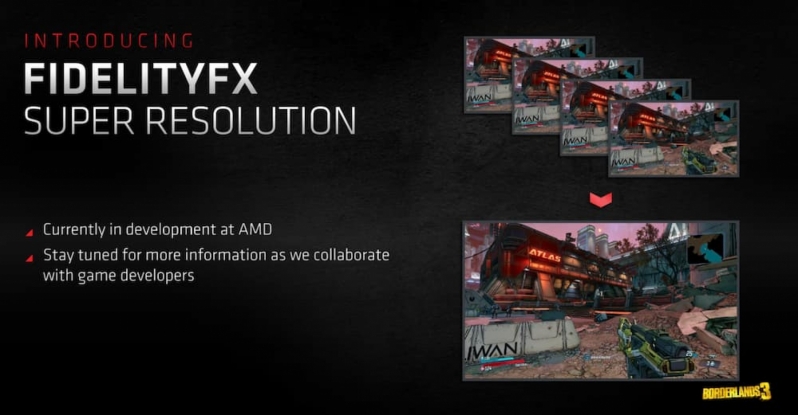 While some analysts will call this move surprising, it is worth remembering that none of AMD's FidelityFX software suite is AMD-only. AMD's software toolsets are designed for PC and console gaming alike, and to enable widespread adoption, AMD has not artificially restricted its technologies to its own hardware.

With FidelityFX Super Resolution, AMD's aims are twofold. First, AMD wants to enable increased graphical fidelity on Radeon-powered PCs and modern AMD-powered consoles. Secondly, AMD wants to kill off DLSS and win some PR points against team Geforce by not limiting its technology to a small subset of its own hardware offerings. If FidelityFX Super Resolution gives similar results to DLSS and works on all graphics cards, why would developers want to support DLSS? If AMD plays its cards right, they will turn DLSS from being a major advantage for Nvidia and into a symbol of artificial exclusivity and greed.

By supporting Nvidia graphics cards with FidelityFX Super Resolution, AMD's technology could become a must-use technology for many developers across PCs and consoles. AMD's technology plans to work everywhere, whereas Nvidia will remain exclusive to a limited subset of PC gamers. Perhaps some developers will utilise both technologies, but if AMD can match the performance and visuals of DLSS, AMD will have a huge technological winner on their hands. 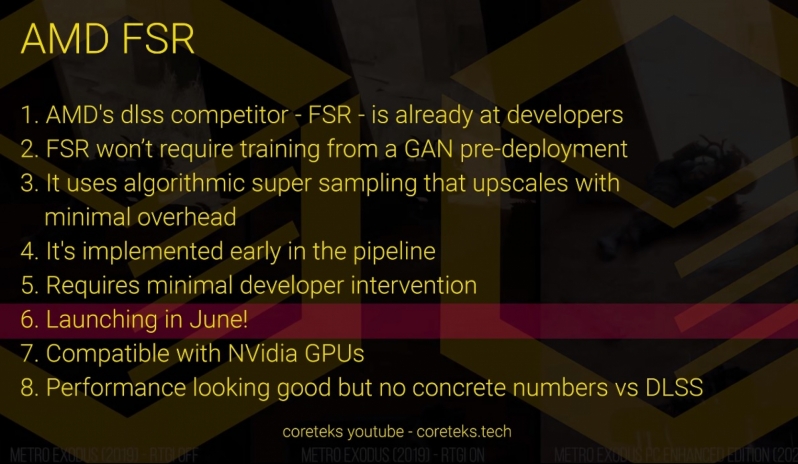 You can join the discussion on AMD's FidelityFX Super Resolution technology on the OC3D Forums.

AngryGoldfish
It's nice because old cards that many of us are still rocking due to the silicon shortage could see a performance jump in games that support the tech.Quote

Tripp
Quote:
you think this wont just be locked to the new cardsQuote

tgrech
Quote:
It's unlikely, no other FidelityFX feature is locked down in any way and there's no technical or business reason for AMD to not let the feature work on RX5000, RX6000, RTX2000, and RTX3000 cards.Quote
Reply