A dual-GPU chip with an innovative memory configuration

AMD takes the chiplet revolution to the GPU market

With their MI250X, AMD has brought the chiplet revolution to the GPU market, bringing together two GPU dies using their infinity architecture. These two GPU dies are functionally independent, though data can be moved between both chips quickly using AMD's Infinity Architecture. That said, AMD's solution will not be as fast as an equivalent monolithic product.

AMD's MI250X uses AMD's CDNA 2 architecture and is built using TSMC's 6nm lithography node. In total, AMD's multi-chip GPU design can deliver up to 47.9 TFLOPS of FP64 compute performance, allowing AMD to deliver leadership performance in many workloads. With their MI250X, AMD's promising a 4.9X performance increase in HPC performance when compared to competing data center accelerators, though it is worth remembering that AMD is cherry-picking its data to showcase its product in the best light. 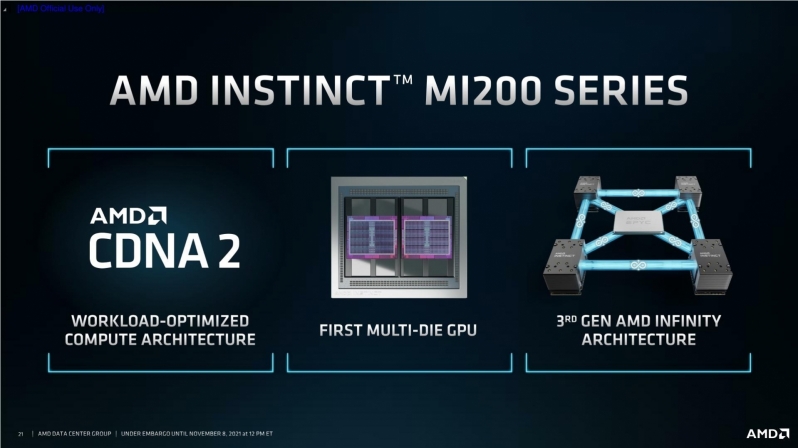 With CDNA 2 and their MI200 series products, AMD has showcased that they are capable of delivering a product that sits firmly within the high-end of the accelerator market, setting up the company for a lot of datacenter-driven GPU growth.

With their MI200 series products, AMD has also utilised a new 2.5-D bridge architecture to connect their GPU dies to their HBM2e memory modules. This solution should be cheaper and less complex than traditional 2.5D interposers. This innovation will make AMD's future HBM-based GPUs easier to produce and more affordable, which is great news everyone. Better still, AMD's 2.5-D bridge technology could be utilised by other future AMD products.

What follows is AMD's Press Release for their Radeon Instinct MI200 series accelerators. 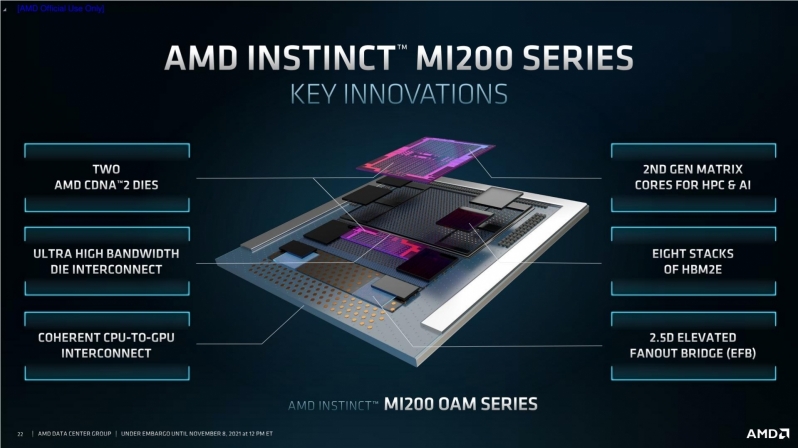 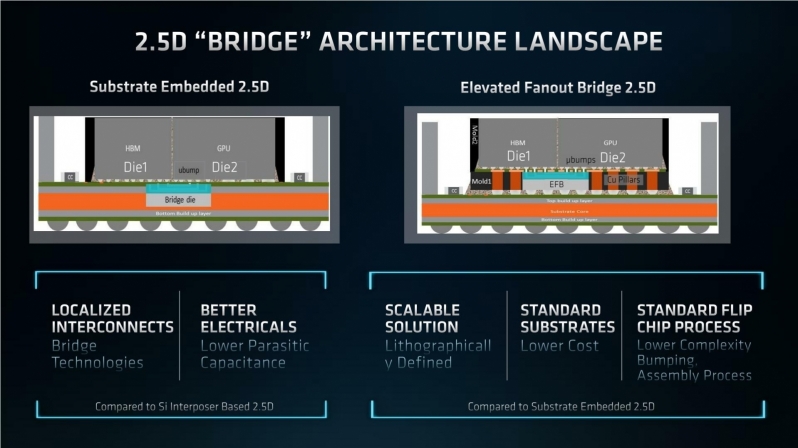 “The Frontier supercomputer is the culmination of a strong collaboration between AMD, HPE and the U.S. Department of Energy, to provide an exascale-capable system that pushes the boundaries of scientific discovery by dramatically enhancing performance of artificial intelligence, analytics, and simulation at scale,” said Thomas Zacharia, director, Oak Ridge National Laboratory.

Powering The Future of HPC

The AMD Instinct MI200 series accelerators, combined with 3rd Gen AMD EPYC CPUs and the ROCm™ 5.0 open software platform, are designed to propel new discoveries for the exascale era and tackle our most pressing challenges from climate change to vaccine research.

Key capabilities and features of the AMD Instinct MI200 series accelerators include:

Through the AMD Infinity Hub, researchers, data scientists and end-users can easily find, download and install containerized HPC apps and ML frameworks that are optimized and supported on AMD Instinct accelerators and ROCm. The hub currently offers a range of containers supporting either Radeon Instinct™ MI50, AMD Instinct™ MI100 or AMD Instinct MI200 accelerators including several applications like Chroma, CP2k, LAMMPS, NAMD, OpenMM and more, along with popular ML frameworks TensorFlow and PyTorch. New containers are continually being added to the hub.

You can join the discussion on AMD's Instinct MI200 accelerator on the OC3D Forums. 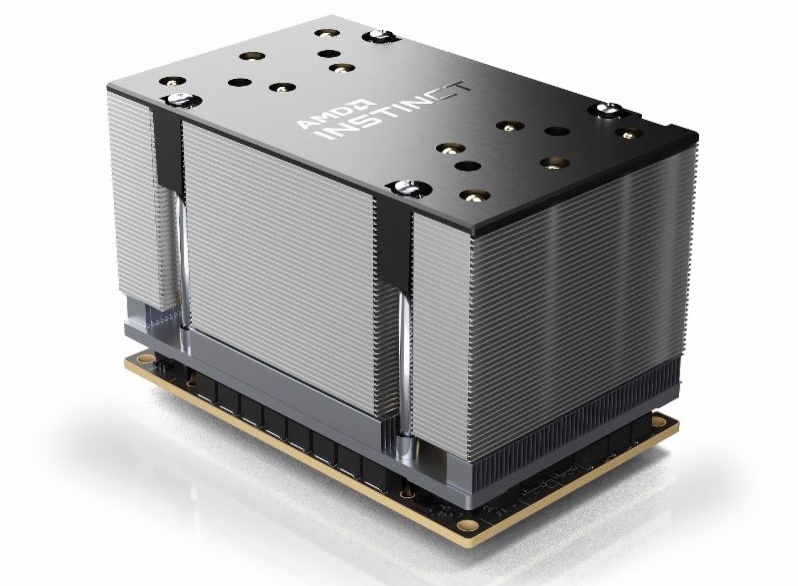