AMD has just given Mac Pro users some major hardware upgrades, allowing them to benefit from the upgrade within their RDNA 2 graphics architecture by releasing three new graphics cards.

These new GPU models make up the Radeon Pro W6000X series, and all of them are based on AMD's Navi 21 silicon, the same chip behind AMD's RX 6800, RX 6800 XT and RX 6900 XT. These represent major hardware upgrades over the Mac Pro's previous high-end GPU option, the Radeon Pro W5700X, which uses the same silicon as AMD's RX 5700 XT.

On the high-end, Mac Pro users now have access to a dual-GPU option from AMD, the Radeon Pro W6800X Duo. The two graphics cards within this compute module are connected using the company's Infinity Fabric technology and can deliver a combined 30.2 teraflops of compute performance. 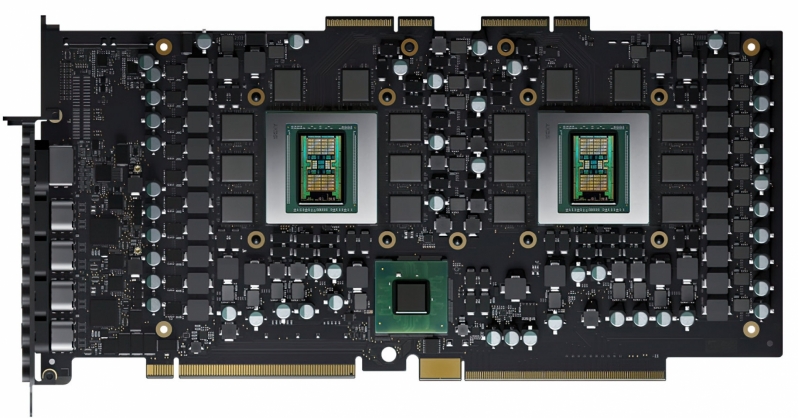 - High-speed GDDR6 memory – Up to 64GB of GDDR6 memory with up to 512 GB/s bandwidth provides ultra-fast transfer speeds to power data-intensive professional applications.

- AMD Infinity Cache – Up to 256MB (total) of last-level data cache integrated on the GPU die is designed to reduce latency and power consumption.

You can join the discussion on AMD's Radeon Pro W6000X series GPUs for Apple's Mac Pro on the OC3D Forums.