AMD has promised 50+% performance per watt benefits with RDNA 3

AMD's Scott Herkelman, the General Manager of AMD Radeon, has confirmed that the company plans to launch its RDNA 3 series of graphics cards on November 3rd, revealing the event hours before Nvidia's "Geforce Beyond" Special Broadcast.

AMD's RDNA 3 based graphics cards will be the first chiplet-based GPU design from AMD, and AMD's first graphics card to utilise TSMC's 5nm lithography node. These changes, alongside AMD's architectural enhancements with RDNA 3, are expected to deliver a tremendous generational leap in performance from Radeon, which is great news for the red team. 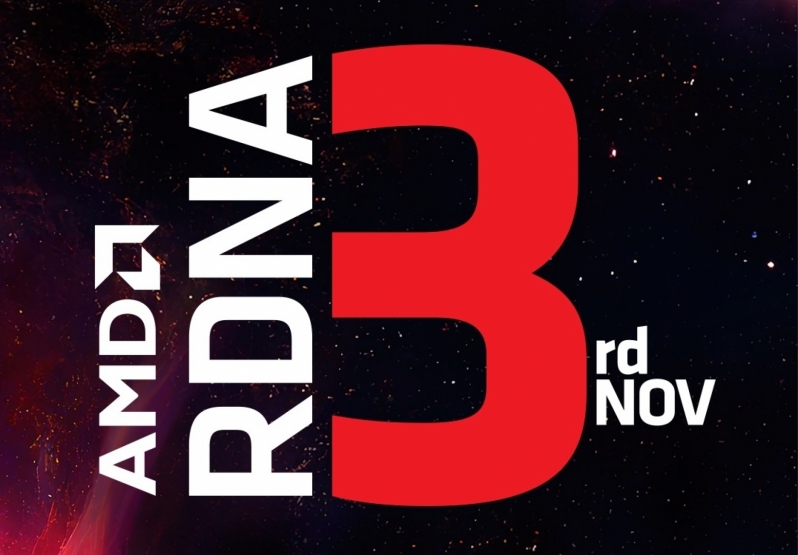 AMD has already stated that their RNDA 3 graphics cards will feature a "new generation of AMD Infinity Cache" that offers users "even higher-density, lower-power caches", re-architected compute units, and an optimised graphics pipeline with RDNA 3. AMD has primed gamers to expect great things from their next-generation graphics cards, and they will need to achieve these goals of they hope to gain market share from Nvidia.

You can join the discussion on AMD's Radeon RX 7000 series GPU reveal event on the OC3D Forums.

Dicehunter
Great, Now we just need to wait and see which of these companies are going to charge lunatic high prices or if they'll go back to charging sane amounts.Quote

AngryGoldfish
Quote:
I've been waiting for AMD to try and take the lead in setting the prices for GPUs for so long now. I really hope RDNA3 will not just match Nvidia at the same price. I truly hope Lisa Su and all her cohorts are rubbing their hands together ready to massively undercut Nvidia and throw a huge wrench in their cogs.Quote