Thanks to Angstromics, we have gotten a peak at AMD's Navi 31 silicon ahead of Radeon's RDNA 3 reveal event later today. Below, we can see AMD's first chiplet-based gaming graphics card silicon, which is comprised of three memory controller chiplets and a single GPU compute die. This silicon will be the heart of AMD's RDNA 3 flagship, the GPU that AMD is putting toe-to-toe with Nvidia's recently launched RTX 4090.

Overall, Angstromics expects AMD's Navi 31 based graphics cards to be much cheaper to produce than Nvidia's RTX 4090 graphics card, thanks to AMD's chiplet-based design and the fact that AMD's RDNA 3 graphics cards are expected to consume much less power and require much less overbuilt power delivery systems. This should allow AMD to offer very competitive pricing while also maintaining high margins, which is great news for AMD and consumers. 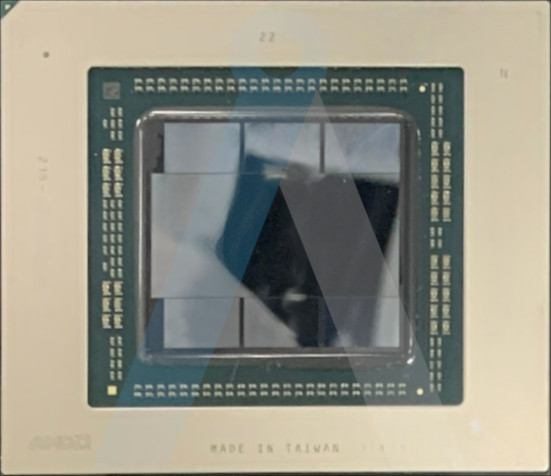 You can join the discussion on AMD's Navi 31 GPU silicon on the OC3D Forums.

robbiec
More excited about this than X670 and Ryzen 7000 series tbh. I have a spare Crosshair VIII, might pop in a 5800X3D, a Navi 3x and be done for a couple of years.Quote
Reply