RDNA is bringing Radeon to more OEM systems and Notebooks

It's official, AMD has finally revealed its Radeon RX 5500 series of graphics cards, bringing Navi to the mainstream PC market. The RX 5500 series aims to push AMD further into the OEM and notebook markets, while also challenging Nvidia in the budget gaming market.

The Radeon RX 5500 is based on the same Navi/RDNA architecture as AMD's groundbreaking RX 5700 and RX 5700 XT series of graphics cards. The Radeon RX 5500 will release with support for GDDR6 memory, PCIe 4.0, and Radeon's latest Display and Media Engines. With Navi, AMD promises strong media encoding/decoding and support for DSC compression. 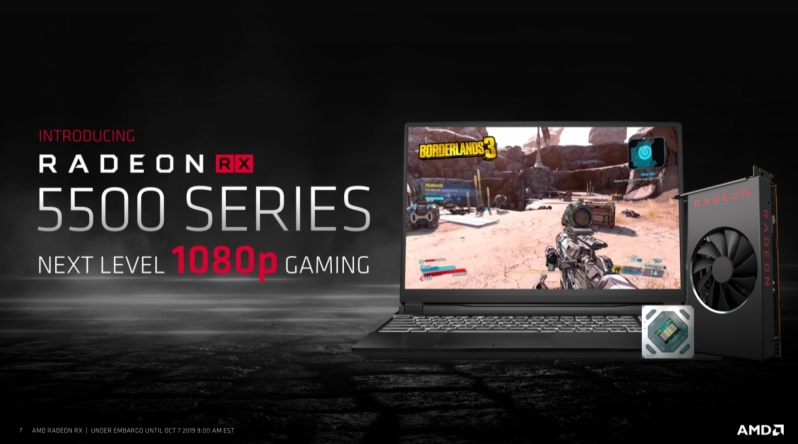 AMD's Radeon RX 5500 will release in two forms, each of which are optimised for desktop and mobile use cases. The RX 5500 is the desktop variant, which features higher clock speeds and a TDP of 150W while the mobile version features a lower TDP that can be configured by notebook manufacturers.

With this release, AMD has decided not to release base clock data for their RX 5500. This is due to the confusion which the spec presented to end-users with the RX 5700 series. In gaming workloads, AMD's gaming clock is what's expected from Radeon's RDNA series GPUs, reserving the base clock for power-virus like scenarios. 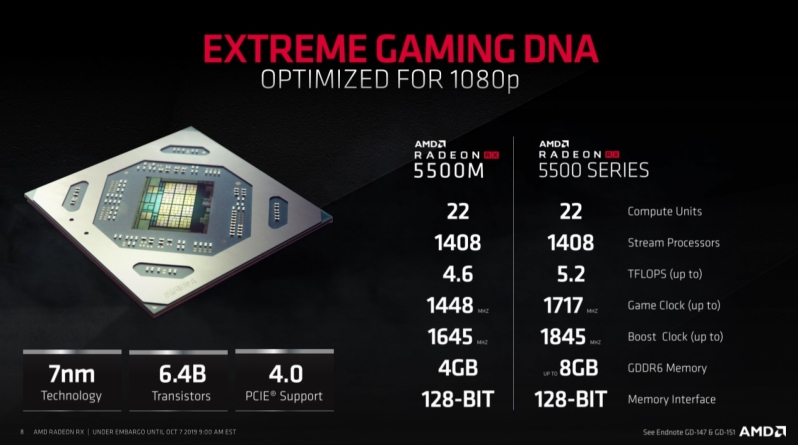 The RDNA RX 5500 acts as a replacement for AMD's RX 500 series of graphics cards, offering users greater levels of efficiency and the architectural advantages of AMD's Navi architecture. AMD's power consumption improvements will help allow AMD to enter more OEM systems and notebooks, two areas which AMD had difficulty entering previously. This will, in turn, open up avenues for AMD to increase their sales volumes. 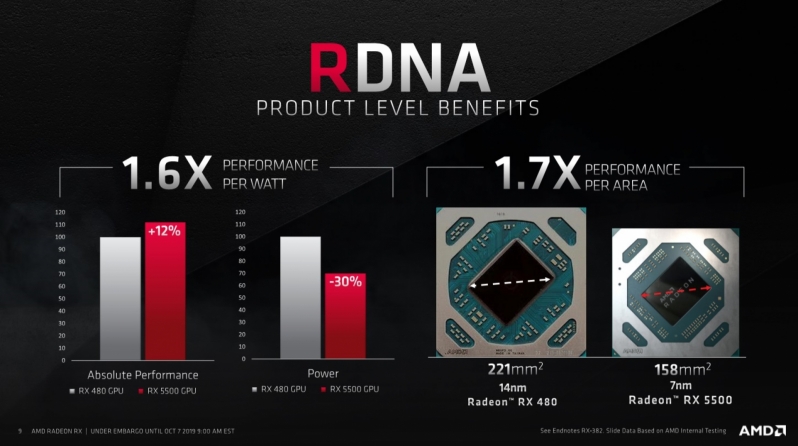 In AMD's slides, they compared their RX 5500 to Nvidia's GTX 1650, showcasing huge performance advantages with team Radeon. Sadly, AMD has not listed any pricing data for their RX 5500, so at this time, it is hard to know valid these comparisons are.

When it comes to OEM systems, Nvidia's GTX 1650 remains incredibly popular because of its low power requirements. Perhaps this slide is designed to bring more OEM system builders into the Radeon camp. Ultimately, we need pricing for AMD's RX 5500 to know how impactful it will be on the PC gaming market. 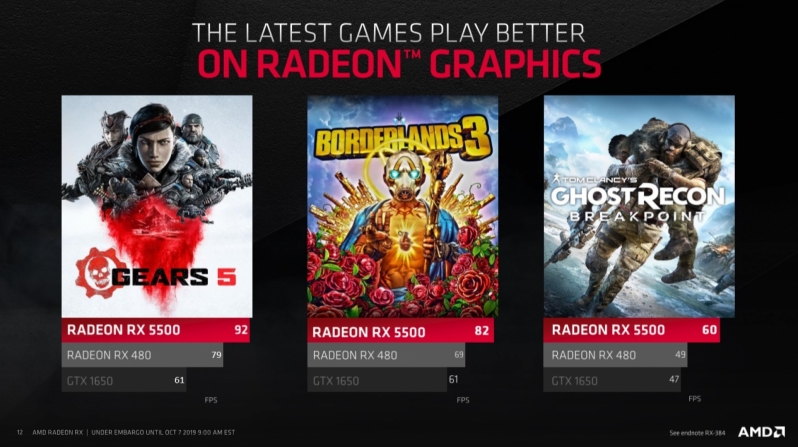 In Esports games, AMD states that their RX 5500 is 37% faster than Nvidia's GTX 1650 on average, showcasing a huge potential win for team Radeon. However, without pricing data, it is hard to know how valid these results are. If the RX 5500 isn't priced to match Nvidia's GTX 1650, it begs the question of why the GTX 1660 isn't included here. AMD has given us too little data to form proper opinions on their RX 5500 GPUs. 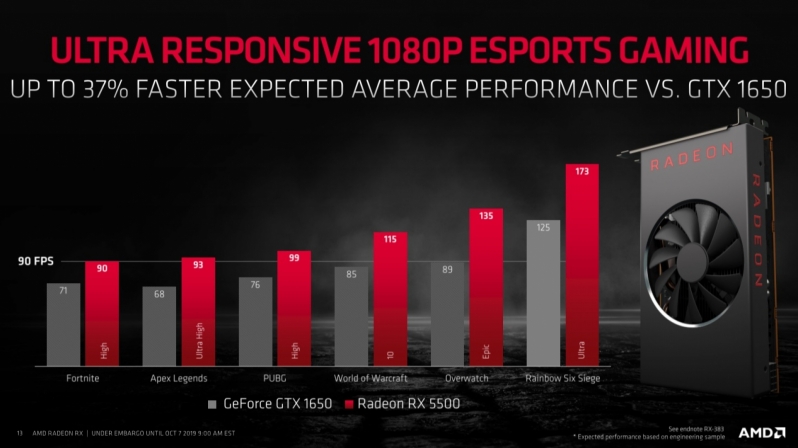 Please go to the next page for more information, including retail availability

CRITICALThinker
Looks like a neat card, can't wait to see reviews. I'm glued to the nvidia side for personal rigs but competition is excellent.

Also @editor the specs table should probably say 4GB GDDR6 for the 5500M according to the slides.Quote

WYP
Quote:
The typo in the table has been addressed.Quote
Reply