That's a lot of value over at team Red

AMD's Radeon RX 5600 XT has delivered gamers a lot of value for money in the sub-$300 GPU market, but what about AMD's higher-end offerings? Thankfully, AMD fans will be glad to know that AMD's Radeon RX 5700 XT has become available for some incredibly low prices, especially after considering its RTX 2070-class performance.

For £319.99, AWD-IT has a fantastic offer with AMD's Radeon RX 5700 XT 50th Anniversary Edition, offering performance levels which surpass AMD's reference model while also offering buyers custom "AMD50" packaging and the bragging rights that come with having a limited edition product. When comparing to most Geforce graphics cards, this is like getting RTX 2070 class performance for RTX 2060 pricing, which is a great deal.

This model is available for £339 at multiple retailers, which is a great offer if you would prefer to avoid AMD's 50th Anniversary Edition and its reference-style cooling solution. 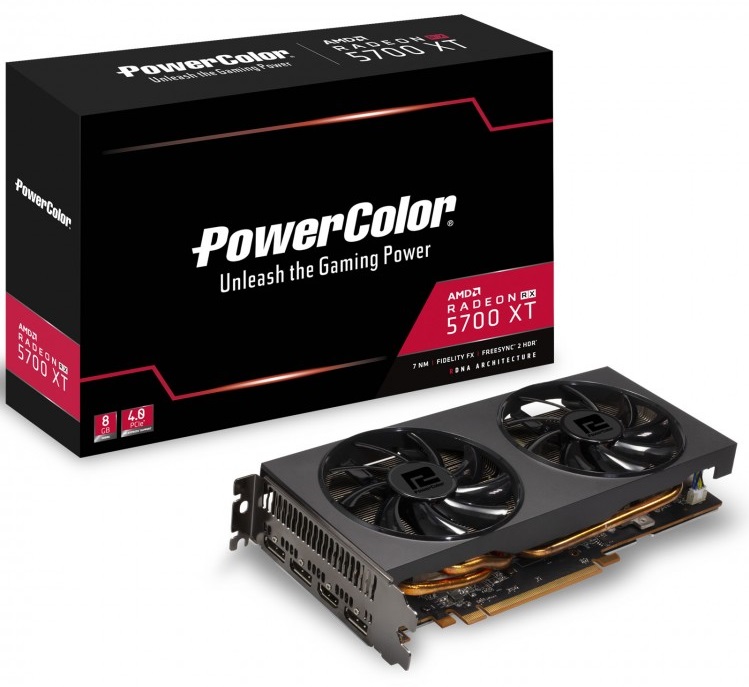 You can join the discussion on AMD's Radeon RX 5700 XT pricing on the OC3D Forums.

Dicehunter
For the money this card is fantastic, AIB cards more so with better coolers, In Destiny I set max graphics, 1440P, 60FPS frame cap and through a 2 hour play session it remains whisper quiet and locked at 60FPS with no deviation.Quote

I'd much rather have that. Reasonably decent cooler too


If I was sure I could get a block for it I'd buy one myself .Quote
Reply