At CES, AMD already confirmed that lower-cost RDNA 2 graphics cards would release in the first half of 2021, with many speculating that the first of these GPUs would arrive in Q1.

The RX 6700 XT will be AMD's first Navi 22 graphics card, reportedly boasting 2560 stream processors (40 CUs), 12GB of GDDR6 memory and all of the same DirectX 12 Ultimate features as AMD's Radeon RX 6800 and RX 6900 series graphics cards. This places this GPU in direct contention with Nvidia's RTX 3060, though Radeon features like Infinity Cache should give AMD a performance advantage when it comes to memory bandwidth.

Radeon's RX 6700 XT will be AMD's RDNA 2 replacement for the RX 5700 XT, offering gamers the same CU counts and all of the advantages that AMD's RDNA 2 architecture has to offer. While the RX 6700 XT will feature a smaller memory bus, 192-bit VS 256-bit, this difference is countered by the GPU's larger bank of VRAM, 12GB VS 8GB, and AMD's use of an Infinity Cache to deliver more effective memory bandwidth.

Like all recent GPUs, AMD's Radeon RX 6700 XT will likely sell out shortly after launch, as the demand for GPUs from gamers and cryptocurrency miners is too great for any GPU manufacturer to keep up. AMD is already having trouble supplying the market with new CPUs, GPUs and games consoles, and that is unlikely to change anytime soon. 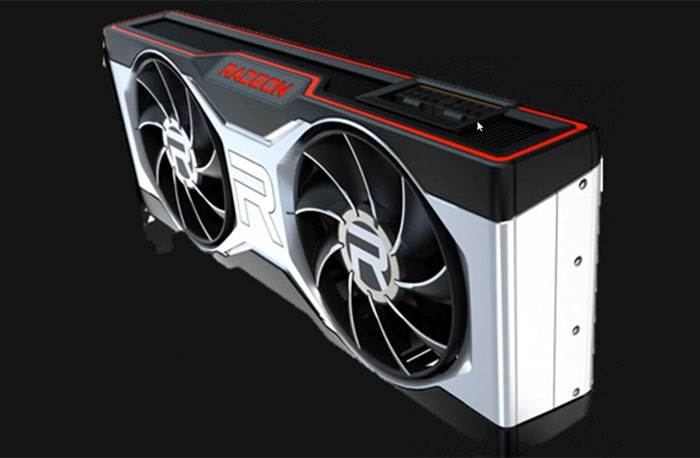 You can join the discussion on AMD's rumoured Radeon RX 6700 XT launch date on the OC3D Forums.

Montysaurus
Most interesting, I do like reading reviews and reports of all the wonderful new cards the companies have manufactured, sadly by the time they become available they will be out of date by a couple of generations at this current rate of availablility. Still it's nice to see what could have been possible for when the next available generation materialise in sufficient numbers to reach the rest of us.Quote

AngryGoldfish
This was the card I was hoping to buy some time this year as well as a 5600X. But I don't think I'll be able to build a new system this year. And it's sad because these companies don't care enough to do anything about it, even if they could.Quote

AngryGoldfish
Quote:
I imagine retailers are making vast amounts of money on GPUs right now. It's possible that the large mining companies are bypassing the retailers like Scan and Novatech and taking up all their supply, but it's also possible retailers are receiving large quantities of GPUs and selling them all at inflated prices. I'd be interested to hear anyone who knows for sure chime in.Quote
Reply