Following AMD's reveal of their RDNA 3 architecture and their Radeon RX 7900 XTX and RX 7900 XT graphics cards, the value of AMD's last-generation flagship, the Radeon RX 6900 XT has tumbled to under £700 in the UK.

Today, MSI's Radeon RX 6900 XT is available for £699.99 from Ebuyer, a price that is very notable given the fact that these GPUs once sold for double that price during last year's GPU shortage. This GPU has 16GB of VRAM, 5120 stream processors, and three 8-pin PCIe power connectors. 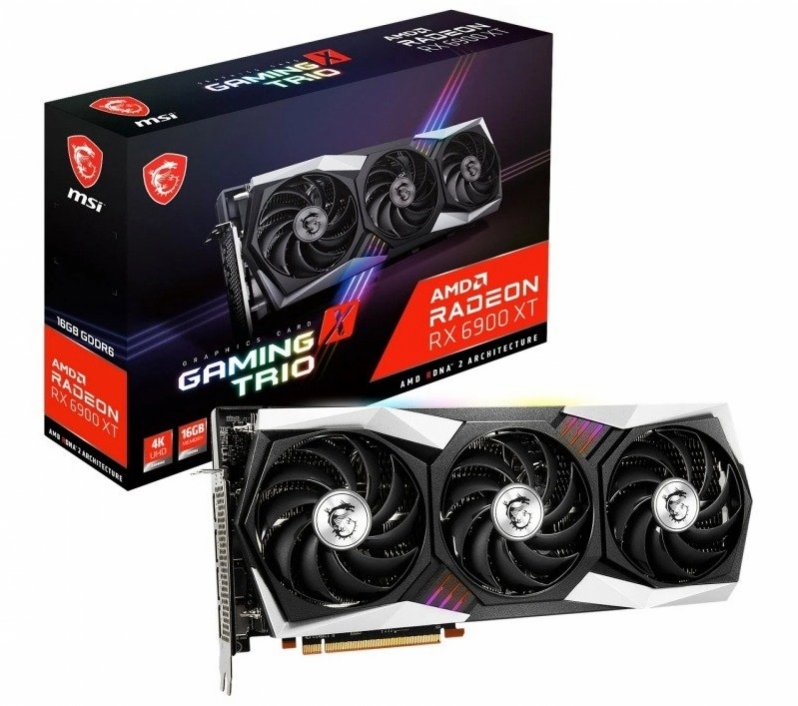 What about AMD's next-gen GPUs?

As it stands, AMD's RX 7900 XTX appears to deliver a 50% performance uplift for around 50% more money than MSI's RX 6900 XT. That's a great deal, and a sign that RX 6900 XT pricing may drop further. That said, it remains to seen if AMD's RX 7900 series GPUs will remain at their MSRP price tags once the hit retailers. Will AMD be supplying enough RX 7000 series GPU stock to meet demand? 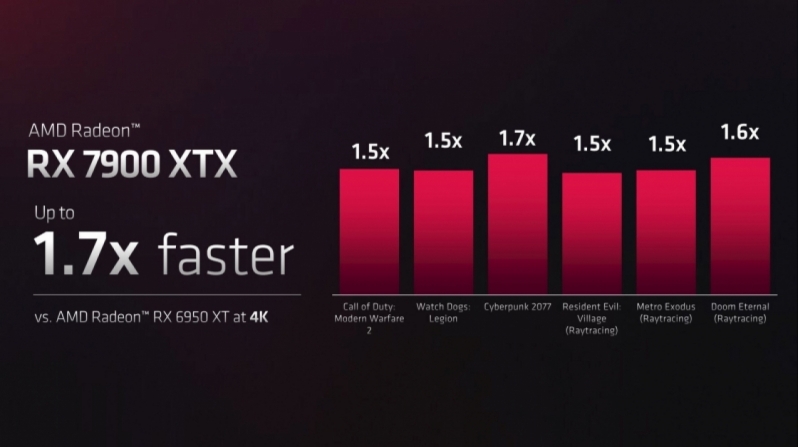 The Radeon RX 6900 XT's falling price is a sign of the times. AMD's intention with their Radeon RX 7000 series is to offer PC gamers great value. With that in mind, the pricing of AMD's RX 6000 series GPUs have to fall. I wonder how this will impact AMD's lower-end RX 6000 series graphics cards over the coming weeks...

AlienALX
That's pretty epic. Would do any one for a few years that. Tis a nice model too.Quote

Bagpuss
The price is only 'good' relative to the absurd overpriced market of the last 2yrs.


..in normal times, these things wouldn't cost a penny over £500 at this stage in their life.Quote

AlienALX
Quote:
The price is good. The market hasn't been absurdly overpriced for two years. The 20 series Nvidia cards were also very expensive. The 2080Ti cost more than the RRP of this card.

I must have explained it to people a thousand times, but it doesn't seem to sink in. Since RT was announced die sizes have grown off the scale. That means much more cost. That is just something you are going to have to get used to and live with. It isn't going to change very much. Whilst AMD care a lot less about RT they are still making GPUs capable of actually doing it.

£699 for this IMO is excellent. Mostly because it will be absolutely ages before AMD release anything at around the same price. Firstly those $999 and $899 cards they just announced are going to be gouged. Meaning each one will cost at least $200 more, even more so in the UK. They also don't include taxes. In the UK? that is 20%. If you remove 20% from £699 you end up at around £560. Because 20% is going to the govt.

If AMD's top end cards cost that, they you can bet they will decrease by about $100 as the range goes down. Meaning by the time you get to $699? it will be a card that will perform around the same. Only you waited months and months for it.

This is always the best time to buy a GPU. But never ever the new GPU. You stay one gen behind.

And ignoring RT? the 6900XT will last you bloody years. So personally, considering it has a huge die and a ton of VRAM? and is a top end model well built with a proven good cooler? I think it's a complete bargain.Quote

The 6700XT has a larger main die than the new XTX.

So you can expect AMD's lower end cards to be much cheaper than last round. Once they crack making all of the dies small? the prices should go down like crazy.Quote


That said, I think there's good reason to wait for the lower end models of RDNA3, and that's the massively smaller coolers they'll come with. I don't want a 6900XT in my case. That's a huge amount of power and heat. I'd rather wait to get the same performance at the same price with much lower power draw/heat.Quote
Reply