Can we believe any of these AMD rumours?

Rumours about AMD's next-generation GPU architecture are coming in quick and fast, and many of them contradict each other. As always, rumours regarding future products should be taken with a grain of salt, especially now that AMD's GPU chiplet rumours have been called into question.

When combined with AMD's second generation Infinity Cache technology, AMD's RDNA 3 flagship should offer consumers plenty of memory bandwidth for gaming workloads. In theory, a 384-bit graphics card from AMD could offer users 48GB of total VRAM, but doing this would require more memory modules and more complex/expensive manufacturing techniques. GDDR6 modules would need to be added to both sides of AMD's Navi 31 PCB to offer 48GB of total VRAM. This much VRAM is only needed within the pro PC market. 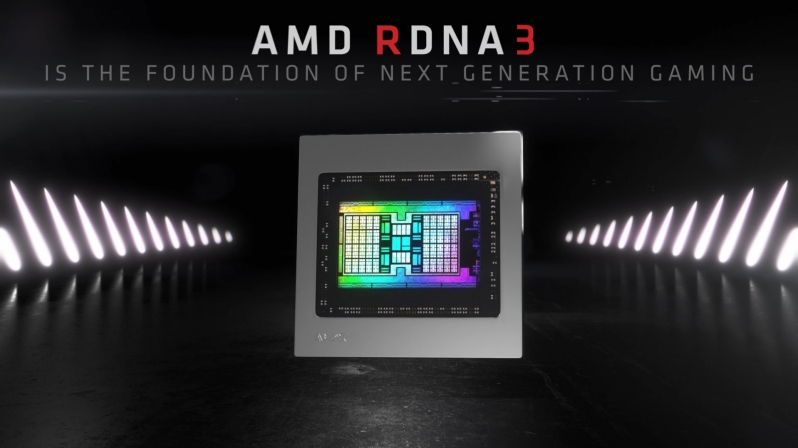 @AMDGPU_ on Twitter has taken today's information and used it to create a rendering of AMD's RDNA 3 NAVI 31 GPU package. It assumes that rumours that AMD's RDNA 3 graphics card is a seven chiplet GPU is correct, and that the graphics card contains a single compute die and six memory chiplets. Each of these chiplets make up 64-bits of AMD's Navi 31 384-bit memory bus. 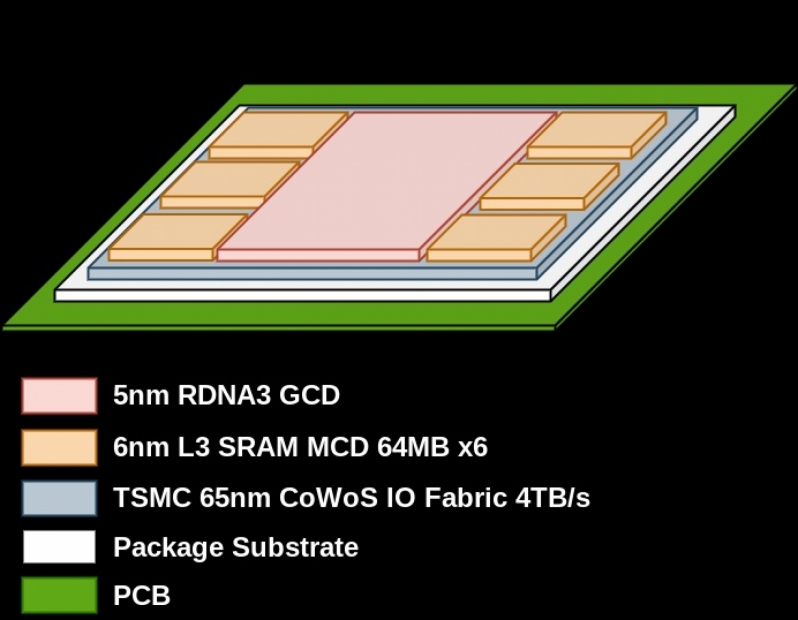 AMD rumours have been changing a lot over the past few weeks, moving quickly from "Navi 31 definately has two compute chiplets" to "it now has a single compute chiplet and different specifications". We are still months away from RDNA 3's launch, and it is likely that a lot of false information will be distributed before then. This will lead to a lot of confusion, especially as AMD's RDNA 3 launch approaches.

You can join the discussion on AMD's latest RDNA 3/Navi 31 rumours on the OC3D Forums.

KingNosser
There is a lot flying around atm, unsure if it's all exact, but 7 chips is going to cost a wack without doubt, but i'd not be surprised if there is big bumps all round in all ways, but 7 chips will cost a lot more than current gen simply cause of the silicon use regardless of if it's cheaper to produce that much on one card not going to be cheap at all.

Could even see some 7x50xt series cards straight from the get go to split up the stack more.Quote

meuvoy
Quote:
Yeah, if it's 7 chips it will probably be on the 7900xt or 7950xt only, with lower-end cards having less chips, nonetheless if it's 7 chips I'd expect them all to be very small.Quote

KingNosser
Most likely ryzen size chiplets not as if they don't pack a punch and the packaging with that size makes more sense as they have experience. I just hope they do as well as rdna2 has as it's new arch hopefully they wont have some weird issue. The one thing amd have done right since ryzen is hit their target dates and performance uplifts almost in line with their roadmap.

I do however feel we could see the top card being a new sku named something different maybe even a boring name like xtx but something i feel.Quote

AngryGoldfish
I'm getting a little worried that the hype train for RDNA3 is going to come crashing to a halt just like it has done every new generation.Quote
Reply