AMD's RX 6X50 will be a replacement for existing models, not a higher-end alternative

A replacement, not an alternative

If AMD ships their RX 6X50 series graphics cards with the same MSRP pricing as their existing RX 6000 XT models, AMD will be seen as giving PC gamers more value from their GPU purchases. This is a solid marketing move from AMD, though it would devalue their existing RX 6600 XT, RX 6700 XT and RX 6900 XT models.

Like all RDNA 2 graphics cards, AMD's RX 6X50 series GPUs will support hardware accelerated Ray Tracing, Variable Rate Shading, Mesh Shaders, and all other DirectX 12 Ultimate features. These features will be very important to PC gamers moving forward, as these features are what will define what current-generation games will look like on PC and Xbox Series X/S. There will come a time that these features will be required to play new PC games. 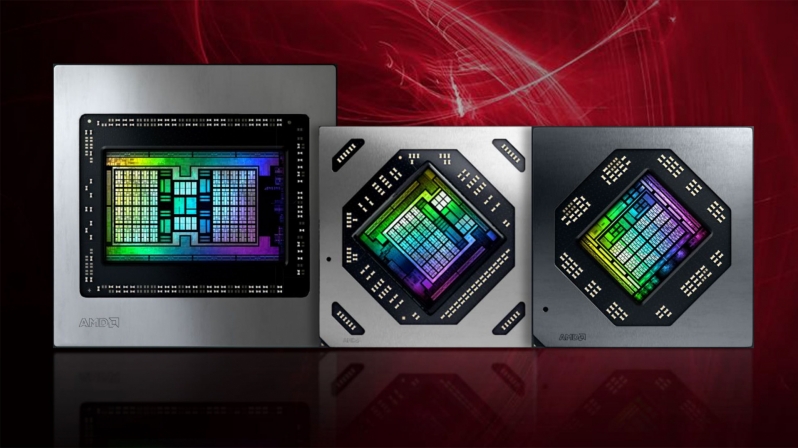 If AMD is planning to replace their high-end RX 6000 series GPUs with new RX 6X50 series models, AMD's updated lineup will be seen as an upgrade for gamers. That said, if AMD asks for premium pricing for these cards, these new models will be poorly recieved by PC gamers and critics. Just look at Nvidia's RTX 3080 12GB and RTX 3090 Ti.

AMD needs to price these new GPU models well for them to be successful. This refresh needs to be more like Nvidia's RTX 20 Super series than Nvidia's RTX 30 Ti series launches.

You can join the discussion on AMD's refreshed Radeon RX 6X50 series graphics cards on the OC3D Forums.

AngryGoldfish
Totally agree. If AMD prices these at the same as what they're replacing, that's a pretty decent move by them. If they charge more, it's actually worse than not releasing them at all.Quote

g0ggles1994
Quote:
Just as long as we can actually get them for a decent price. Seeing the 6000 series start to become more readily available after all this time has given me hope, but I'm getting bad vibes the 6050 series will the same all over again.Quote
Reply