Rumour has it that AMD's working on enhanced editions of their Radeon RX 6000 series graphics cards. These new GPUs are based on TSMC's 6 nm lithography technology, a more performant, and more efficient version of today's 7 nm node.

Videocardz has reported that AMD will be revealing "AMD Radeon RX 6000S Mobile Graphics", and it is possible that there will also be RX 6000S series discrete GPUs.

TSMC's 6 nm node is IP compatible with their 7 nm technology, making AMD's shift to 6 nm a relatively simple process. 6 nm can deliver users an 18% boost in logic density over 7 nm, but AMD's likely to use 6 nm to boost the RX 6000 series' performance, not its density.

Intel's plans to tap TSMC to create its ARC Alchemist series GPUs. These GPUs are due to be launched in early 2022. Now it looks like these GPUs will need to compete with updated Radeon RX 6000 series CPUs. 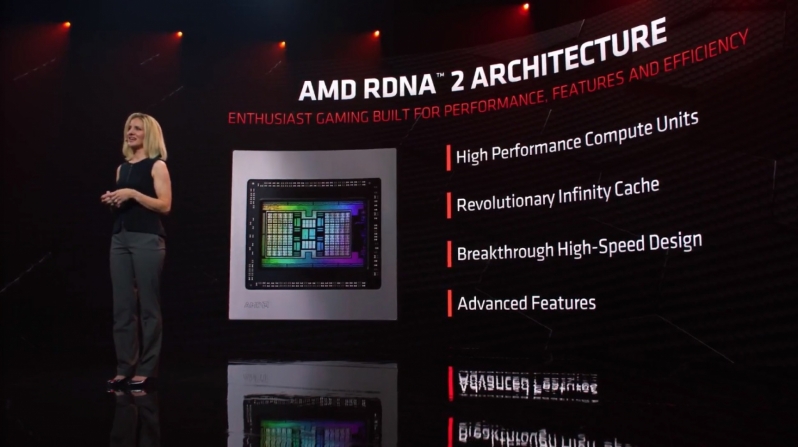 While Videocardz has not revealed a launch date for AMD's RX 6000S series GPUs, AMD are likely to discuss them at CES 2022. Should 6nm deliver AMD an ample performance boost, AMD will be happy to showcase how these new GPUs compare to Nvidia's RX 30 series.

You can join the discussion on AMD's rumoured RX 6000S series GPUs on the OC3D Forums.

Dicehunter
Now that's a real kick in the teeth for people who have only just managed to get a 6000 series card.Quote

Gothmoth
oh nice another GPU that nobody can buy.

the RTX 2060 12GB is speculated to be only sold to miners.
it seems no reviewer has a card, nvidia does not promote them.
they are not listed.Quote

KingNosser
Wait until the end of next year it'll be a kick in the teeth to everyone cause them cards are going to be really powerful, saying that this isn't a bad thing it's just them getting more production on a newer node so it'll be more cards not that they can meet demand from either amd or nvidia.Quote

AngryGoldfish
Quote:
But the problem of supply and prices will likely still be there. My older brother, who's a much bigger gamer than I am, has been waiting for an RTX 3060 or equivalent for over a year now. He can't play a lot of the games he wants to play because he still has only a GTX 970. Waiting is great if you can, like myself, but some have already been waiting for a long time and cannot keep waiting. And while Lovelace and RDNA3 will be a huge leap forward, it's only the flagship products that will see the enormous leap. The rest of the product stack will likely be a similar jump that we saw from RDNA1 to RDNA2 or Turing to Ampere. So buying a refresh of Ampere or RDNA2 makes sense in my opinion. I can't see Lovelace and RDNA3 coming out properly until Q1 2023.Quote

KingNosser
Yea the situation with raw materials is unchanged, i guess it depends on when people get lucky as to what card they will get but next gen is a huge upgrade but i expect some rebrands on the mid tier and below leaving the top 3 cards being new.Quote
Reply