Should we expect RDNA 3 GPUs to hit store shelves by Mid-November?

AMD's RDNA 3 based graphics cards aim to impress, with AMD promising greater than 50% gains in performance per watt over today's RDNA 2 models, a chiplet-based gaming GPU design, re-architected compute units and more. RDNA 3 is launching this year, and they will deliver a huge generational leap in performance for team Radeon.

According to @greymon55 on Twitter, AMD is targeting a late October to mid-November launch for their next-generation RDNA 3 based graphics cards. These GPUs will reportedly become AMD's Radeon RX 7000 series, and will reportedly arrive shortly after the launch of AMD's Ryzen 7000 series Zen 4 processors.

By mid November, AMD fans are expected to be able to build new gaming PCs that are powered by the company's Ryzen 7000 series desktop CPUs and Radeon RX 7000 series gaming graphics cards. 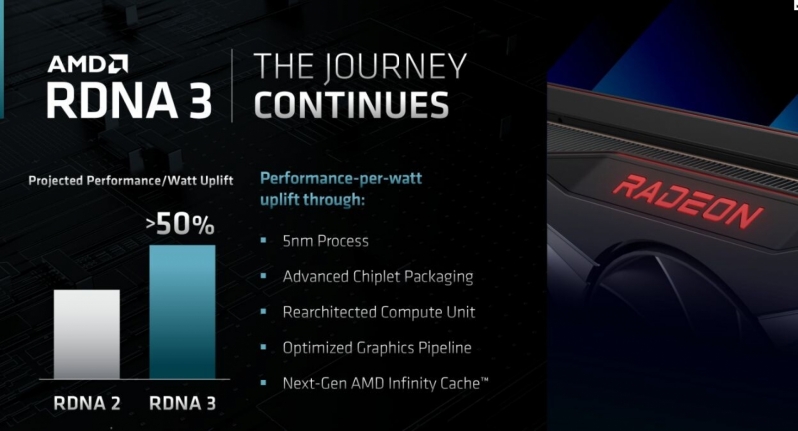 Hopefully, AMD's efficiency targets will allow RDNA 3 GPU purchasers to continue to utilise the power supplies that are already within their systems. If Nvidia's RTX 40 series have higher power targets, as is currently rumoured, this could become a major advantage for AMD.

You can join the discussion on AMD's rumoured October/November launch for RDNA 3 based Radeon GPUs on the OC3D Forums.