AMD's Radeon RX 6900 XT has played host to a tonne of new overclocking records, as overclockers continue to push the graphics card beyond 3GHz. The latest of these records comes from Team OGS, who have managed to push their PowerColor RX 6900 XT Ultimate graphics card to 3.3GHz under LN2 cooling.

AMD's latest RX 6900 XT GPU models have all sported impressive clock speeds, both inside and outside of LN2 cooling setups. One of RDNA 2's key achievements has been AMD's ability to increase its GPU clock speeds, pushing far past the 2GHz mark with most of their latest graphics cards. One has to wonder how far AMD will be able to push their clock speeds with their future GPU models, especially as AMD's RDNA moves to smaller and more efficient process nodes.

Team OGS has achieved an incredible feat with this new single-GPU 3DMARK world record, not only surpassing all prior attempts but doing so by a margin of over 8%. 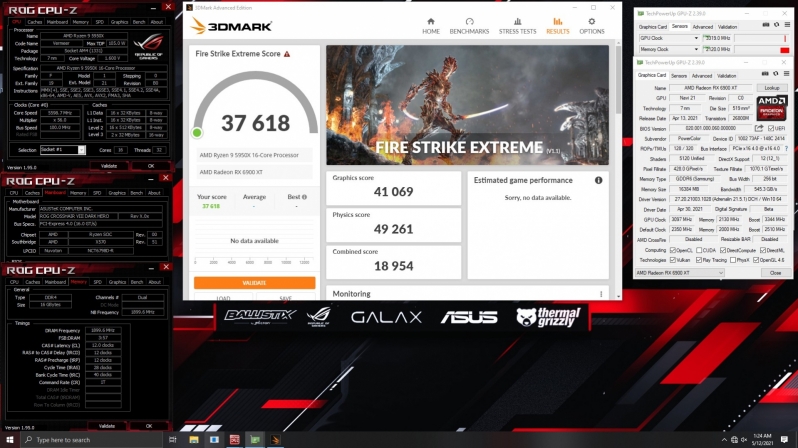 This new world record highlights how far AMD has come in recent years. Before now, GPU world records were commonly held by systems powered by Intel and Nvidia, as AMD did not produce products that delivered enough performance to compete. Now, AMD has the ability to stand at the top of the pack, bringing competition back to the CPU and graphics markets.

You can join the discussion on OGS's world record Radeon RX 6900 XT Overclock on the OC3D Forums. 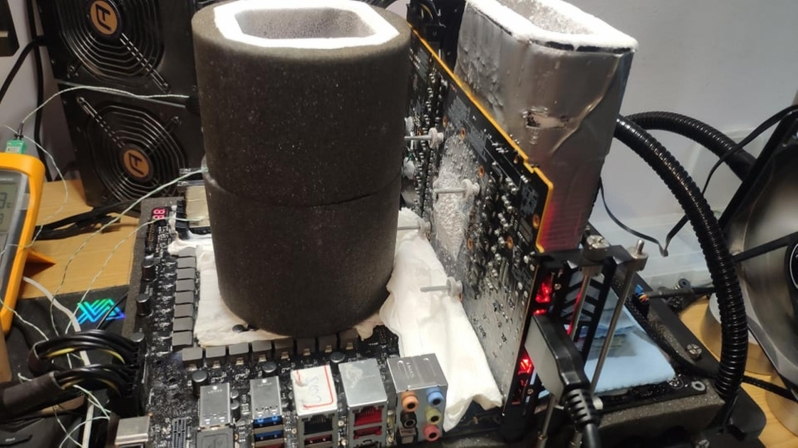 Wraith
Ahh AMD welcome back to the big leagues.Quote

Bartacus
My 6900Xt happily hangs around 2700mhz daily driving. Took a bit of work to get there, but if you can cool the thing properly it's a beast.Quote
Reply