An RX Vega with good pricing, you don't see that every day

Even now, the RX Vega's pricing can be uncomfortably high, with the RX Vega 56 and RX Vega 64 sitting at prices that are often difficult to swallow, especially after considering that these graphics cards are GTX 1070/1070 Ti and GTX 1080 competitors respectively.

Today, things are a little different, thanks to AMD's new "Raise the Game" GPU bundle and lower than usual pricing for Gigabyte's RX Vega 64 Windforce, placing the GPU at £449.99 at Overclockers UK.  This price is lower than typical RX Vega 56 prices at UK retail and lower than all GTX 1080 graphics cards on Overclockers UK. In short, this is a decent deal if you are looking to back the red team.

AMD's "Raise the Game" GPU bundle will package this game with codes for Assassin's Creed: Odyssey, Star Control: Origins and Strange Brigade, which itself adds a lot of value into the mix. This bundle turns the RX Vega 64 Windforce's £449.99 price from a good deal to a great deal, assuming that you are interested in any of these three titles. 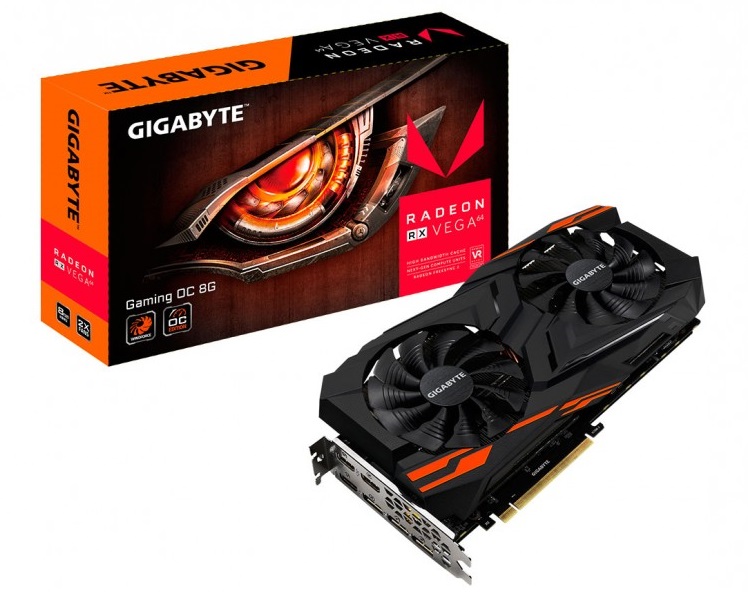 Moving forward, AMD/Radeon hopes to forge closer ties with game developers, with both parties knowing that AMD is a sure pick as a hardware provider for both Sony and Microsoft's next-generation consoles. Both sides can benefit from learning how to use Radeon's latest graphics hardware to its fullest, with features like Rapid Packed Math being of particular interest.

AMD has already forged partnerships with Ubisoft and Bethesda, with Wolfenstein II: The New Colossus and Far Cry 5 showcasing the benefits of their hardware/software partnership.

You can join the discussion on AMD's RX Vega 64 Windforce dropping to £449.99 with three free games on the OC3D Forums.

AngryGoldfish
This is what a flagship variation of Vega 64 should have cost over one year ago.Quote
Reply