AMD Software 22.4.2 has been released for Vampire: The Masquerade - Bloodhunt

An optimised GPU driver for Vampire: The Masquerade - Bloodhunt

AMD Software 22.4.2 is optimised for Vampire: The Masquerade - Bloodhunt

AMD has just launched its new AMD Software 22.4.2 for its Radeon graphics hardware. This new driver is optimised to deliver optimal game performance in Vampire: The Masquerade - Bloodhunt which is launching on April 27th. 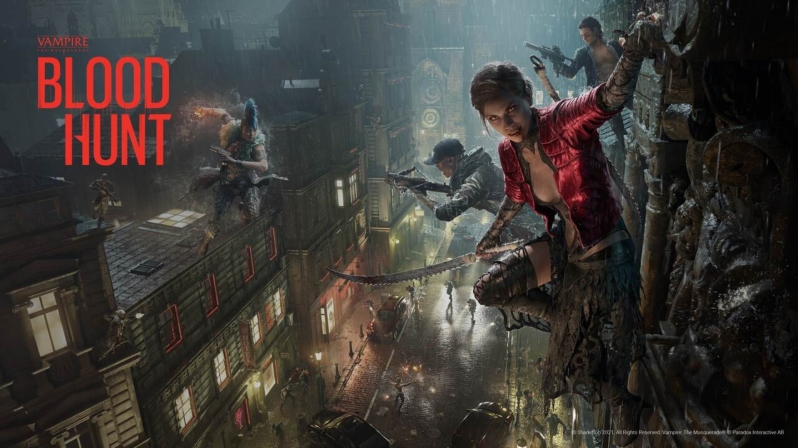 - Display mode of 4K 120Hz may be missing on some FreeSync™ displays using some AMD Graphics Products such as Radeon™ RX 5700 XT.

- GPU utilization may be stuck at 100% in Radeon performance metrics after closing games on some AMD Graphics Products such as Radeon™ 570.
- Some users on Windows® 10 operating system may observe the absence of the windows transparency aero effect.
- Display may flicker black while switching tabs between video playback and gameplay on some AMD Graphics Products such as the Radeon™ RX 6700 XT.
- Using Radeon™ Super Resolution on 2560x1600 resolution displays may produce a system hang. A temporary workaround is to set the display Scaling Mode to Full Panel.
- Enhanced Sync may cause a black screen to occur when enabled on some games and system configurations. Any users who may be experiencing issues with Enhanced Sync enabled should disable it as a temporary workaround.
- Radeon performance metrics and logging features may intermittently report extremely high and incorrect memory clock values.

- Ryzen CPU Overclock settings may be changed after resetting or importing a profile from Radeon Performance Tuning Options. Users will now be notified of the applicable devices being changed.
- AMD Software Capture and Stream features and Overlay support for Clone mode and Eyefinity display configurations will be introduced at a later date.

You can join the discussion on AMD's Radeon Software 22.4.2 driver on the OC3D Forums.