Stock is not expected to last for long

It looks like AMD has a new version of its "Made by AMD" Radeon RX 6800 XT, an all-black model called the "Midnight Black" edition, which will reportedly launch through AMD's web store at 6 am PST/ 2 PM BST later today.

According to Videocardz, AMD has sent a notice to its Red Team members to warn them about the upcoming launch, increasing their chances of grabbing a new Radeon RX 6800 XT graphics card while stocks last.

This new "Midnight Black" Edition of AMD's Radeon RX 6800 XT will be the same as AMD's existing reference/"Made By AMD" RX 6800 XT model in terms of performance, utilising the same 2.5-slot heatsink design with the only major aesthetic change being its utilisation of a mostly black colour scheme. This means that AMD's RX 6800 XT will feature the same clock speeds, stream processor count, Infinity Cache size, and power limits as AMD's existing models.

At this time, it is unknown how many Midnight Black Edition Radeon RX 6800 XT graphics cards have been manufactured, or if this graphics card will be restocked after AMD's sells all of their existing units.

This is an exclusive advance notice to members of the AMD Red Team community and this offer has limited availability, while supplies last.

Thank you for your passion and enthusiasm as part of the Red Team. Whether we’re sharing excitement about the latest industry developments, introducing products that continue to bring the best to our community, or gaming together on a daily basis, you are right there with us every step of the way.

Good luck, have fun, and if you do purchase an AMD Radeon RX 6800 XT Series graphic card, be sure to share your @Radeon excitement on social using #GameOnAMD!

Thanks for being part of the AMD Red Team! ♥
Don’t miss out on any updates! Follow us at @AMDGaming for all the latest news, or hangout with the community on Discord. 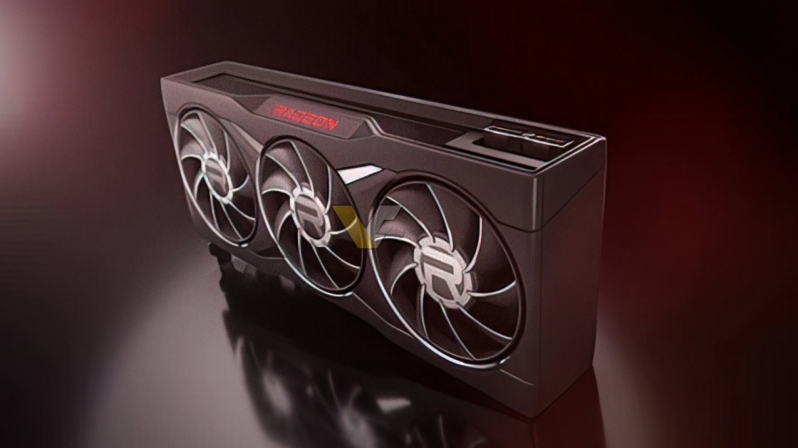 You can join the discussion on AMD launching a "Midnight Black" edition of their Made by AMD RX 6800 XT graphics card on the OC3D Forums.

g0ggles1994
Available for the low low price of a kidneyQuote

Gothmoth
they should launch one that is available.....Quote

Dark NighT
Quote:
Like how? It doesnt matter what they launch, it's all gonna be gone instantly, but companies do want to keep launching stuff anyways because that's whats been happening for ages and people need to stay busy with new stuff and working on that otherwise everything else stagnates even more.Quote

AngryGoldfish
The idea that Nvida and AMD should stop releasing new SKUs that very few can buy is silly in my opinion. A company doesn't stop releasing products because all its products are being bought. Guitar companies often have 6-month waiting lists for their products. That doesn't stop them releasing new ones. If they did, it would hurt their brand. Plus, it's no fun. New product launches are always exciting for a company and for those that share in the benefits. To ask them to stop is childish. It's almost like saying, "If we the gamers can't buy your product, no one should!"Quote

GPU's at the moment are stupid, I am just hoping that none of mine go faulty!Quote
Reply