This GPU is competition only

After launch, AMD will also be working with 343 Industries to add hardware-accelerated ray tracing to Halo Infinite's PC version. This addition will be one of 343's "top development priorities post-launch".

Below is what Microsoft had to say about AMD's RX 6900 XT Halo Infinite Edition.

Inspired by his newest generation Mjolnir armor, this AMD Radeon RX 6900 XT graphics card offers a custom shroud design bearing several unmistakable features from the Master Chief himself. Including a reflective, iridium gold fan border, the iconic “117” Spartan callsign, as well as a Cortana-blue light to signify the AI slot on the back of the Master Chief’s helmet.

You cannot buy this graphics card

From the start, it was vitally important to both AMD and 343 Industries that a graphics card this special ended up in the hands of our players. Rest assured, while the AMD Radeon RX 6900 XT Halo Infinite Limited Edition graphics card won’t be going on sale, AMD, Halo, and other partners will be offering players multiple opportunities over the coming weeks to get their hands on one. Follow AMD Radeon and Halo and stay tuned later today for more information on the first of several opportunities to enter and win!

You can join the discussion on AMD's RX 6900 XT Halo Infinite Edition on the OC3D Forums. 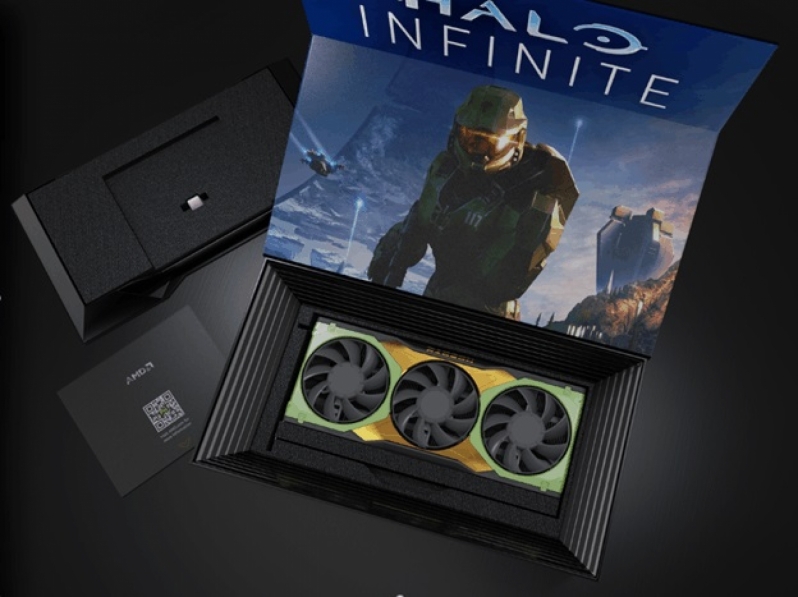 AlienALX
"This GPU is not for sale"