An alleged RTX 4080 Founders Edition graphics card has been pictured

Nvidia's RTX 4080 appears to be a triple-slot graphics card

Overall, Nvidia's heatsink design is largely unchanged with their RTX 4080 Founders Edition, offering users the same overall styling and overall cooling design. Changes that are visible appear to be refinements to Nvidia's RTX 30 series designs, rather than full redesigns.

On top of the graphics card's size, Nvidia's alleged RTX 4080 appears to feature a new fan design that features redesigned fan blades and a larger overall fan diameter than Nvidia's RTX 3090/3090 Ti. Nvidia also appears to be using a different front for their "4080" lettering, which is an unusual change from Nvidia's usual Geforce font.

At this time, we cannot comment on the legitimacy of this image. The number of differences between this graphics card and Nvidia's RTX 3090 design implies that this is more than a simple photoshop. That said, not all faked images can be easily spotted. 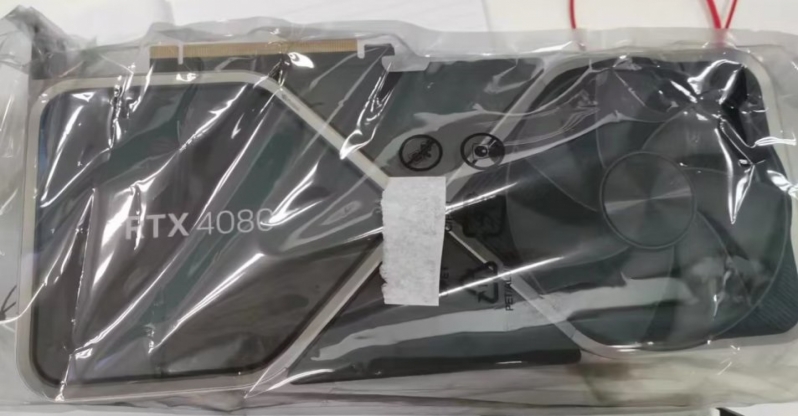 Nvidia is expected to discuss their RTX 40 series of product at GTC later this month, though at this time it is unknown what exactly Nvidia will showcase. We know that Nvidia will reveal a new architecture at GTC, but it is possible that Nvidia will launch their next-gen architecture first to Quadro users. All we know is that we should hear about what Nvidia has cooking soon.

You can join the discussion on Nvidia's alleged RTX 4080 Founders Edition graphics card on the OC3D Forums.

Peace Đ
Doesn't look real with the aliasing on the left edge of the 4 plus the font change.


I'd expect at least a small change like from the 900 to 1000 series.Quote
Reply