Affordable displays with a sleek aesthetic and a compelling feature set

Despite their low-cost nature, the VR series is designed to offer a compelling feature set, delivering 72% coverage of the NTSC colour gamut, a maximum refresh rate of 75Hz and a 3-side frameless display housing.

Budget gamers will also be glad to know that these monitors support AMD's FreeSync technology and a 5ms response time, though sadly AOC has not provided us with this display's FreeSync range. Most 75Hz FreeSync monitors offer a variable refresh rate range of 40-75Hz, though without official specifications this shouldn't be considered as anything more than a guess.

The V2 series will ship in three sizes, the 21.5” 22V2Q, 23.8” 24V2Q and the 27” 27V2Q, all of which offer DisplayPort and HDMI inputs. Looking at the rear of the screen, we can see that the V2 series lack VESA monitor mounts and has integrated all of the monitor's power and visual inputs into the monitor's stand, allowing the panel itself to be 7.7 mm thick. 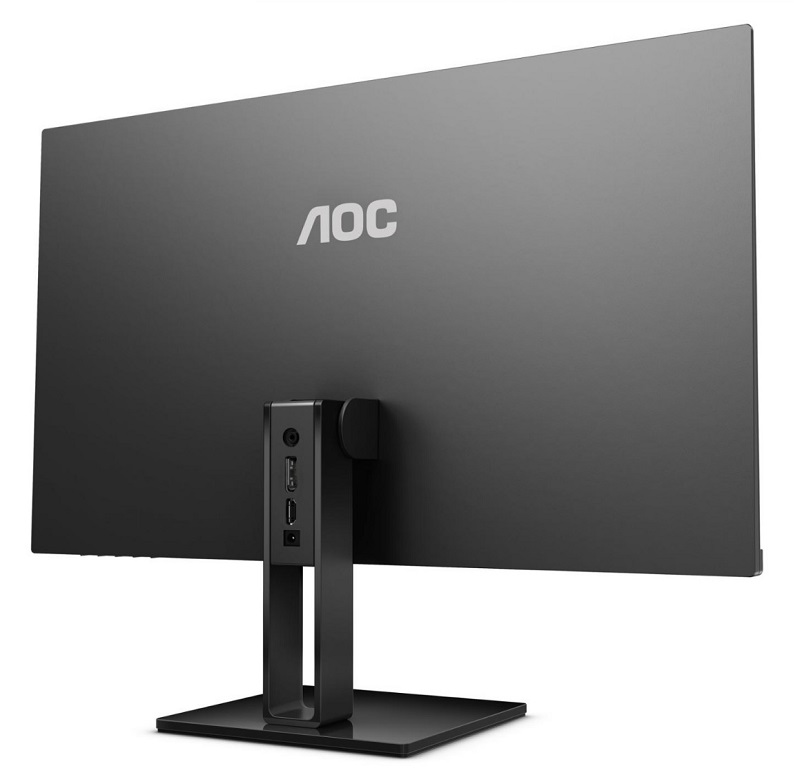 You can join the discussion on AOC's ultra-slim V2 series of FreeSync IPS displays on the OC3D Forums.

AlienALX
Great prices, but what good is that "thin-ness" if you can't sodding put it on the wall?Quote

Arne Saknussemm
Errr....Exactly! That thinness means nothing if it's attached to a five acre base...Quote

g0ggles1994
VESA mounting aside. These are absolutely beautiful.