MicroLED is set to replace both OLED and QLED display technology

A report from Bloomberg has stated that Apple is secretly developing MicroLED display technology, aiming to become more self-sufficient and remove their reliance on third-party display manufacturers.

MicroLED is designed to counteract the disadvantages of both QLED and OLED, lacking the "burn in" problems of OLED while also offering the same levels of granularity, allowing each pixel to be turned off individually, providing deeper blacks without the need for local-dimming backlights like QLED. Another perk is the promise of lower levels of power consumption, a thinner overall form factor and faster response times, making these displays ideal for mobile use or low-latency gaming applications,  creating an ideal display technology.

Apple has never created their own displays before, making this a big move for the company. These displays are reportedly being manufactured in California, close to Apple's HQ, though the company were said to have almost cancelled the project around a year ago. Apple is reportedly starting small, with plans to release their first MicroLED display on an Apple Watch product, with engineers making a lot of progress towards their end goal, though these displays are still a few years away from being included within an Apple product. 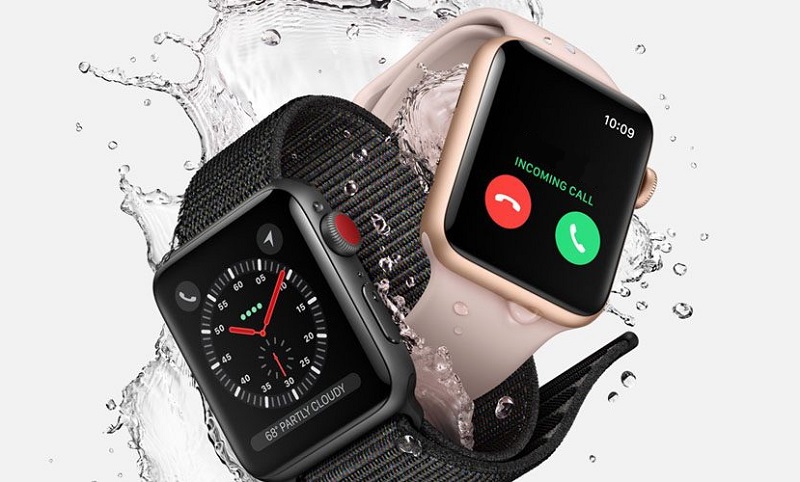 Bloomberg's report has stated that Apple has created their first fully functional MicroLED displays for an Apple Watch device, though creating a single working display if far from a reliable mass production model.

At CES 2018 Samsung showcased their first MicroLED TV, using the modularity offered by the display technology to create a huge 146-inch screen. Samsung is ahead of Apple with their MicroLED ambitions, though Apple's focus on smaller form factors could given an edge over Samsung, who will focus on displays ranging from Ultra-large TVs all the way down to smartphones.

You can join the discussion on Apple's reported MicroLED ambitions on the OC3D Forums.