Magic Pony, a UK start-up that has been created by graduates of Imperial College London, has utilized machine learning techniques in order to process visual information, allowing them to process and improve images and videos in real time.

One way to use this new technology is to apply it to a streamed video, which is often heavily compressed in order to stream it to your PC over the internet and use GPUs to enhance the quality and clarity of the final image, especially when looking at text.

Below is a quote from Rob Bishop, stating that this technology can currently be used with fast mobile GPUs, meaning that we may see some form of this technology applied to current video streaming platforms like YouTube and Twitch in the future, as it can work with modern mobile hardware.

Our first product demonstrates that image quality can be greatly enhanced using deep learning, and fast mobile GPUs now allow us to deploy it anywhere.

The technology works because they have designed a computer that which when fed an image it converts it into a low-resolution version and  then compares the differences between it and the original image. This machine then uses the information collected over thousands of images to learn patterns that will allow it to enhance pixelated images.

Above and below are images that have been enhanced using this technology, with the below image from a video stream showcasing a huge gain in visual quality, especially when looking at text and numbers onscreen.

Right now the company states that they are in talks with several interested parties that wish to license this technology, though it is worth noting that this tech can be applied to a lot more than streaming online video. 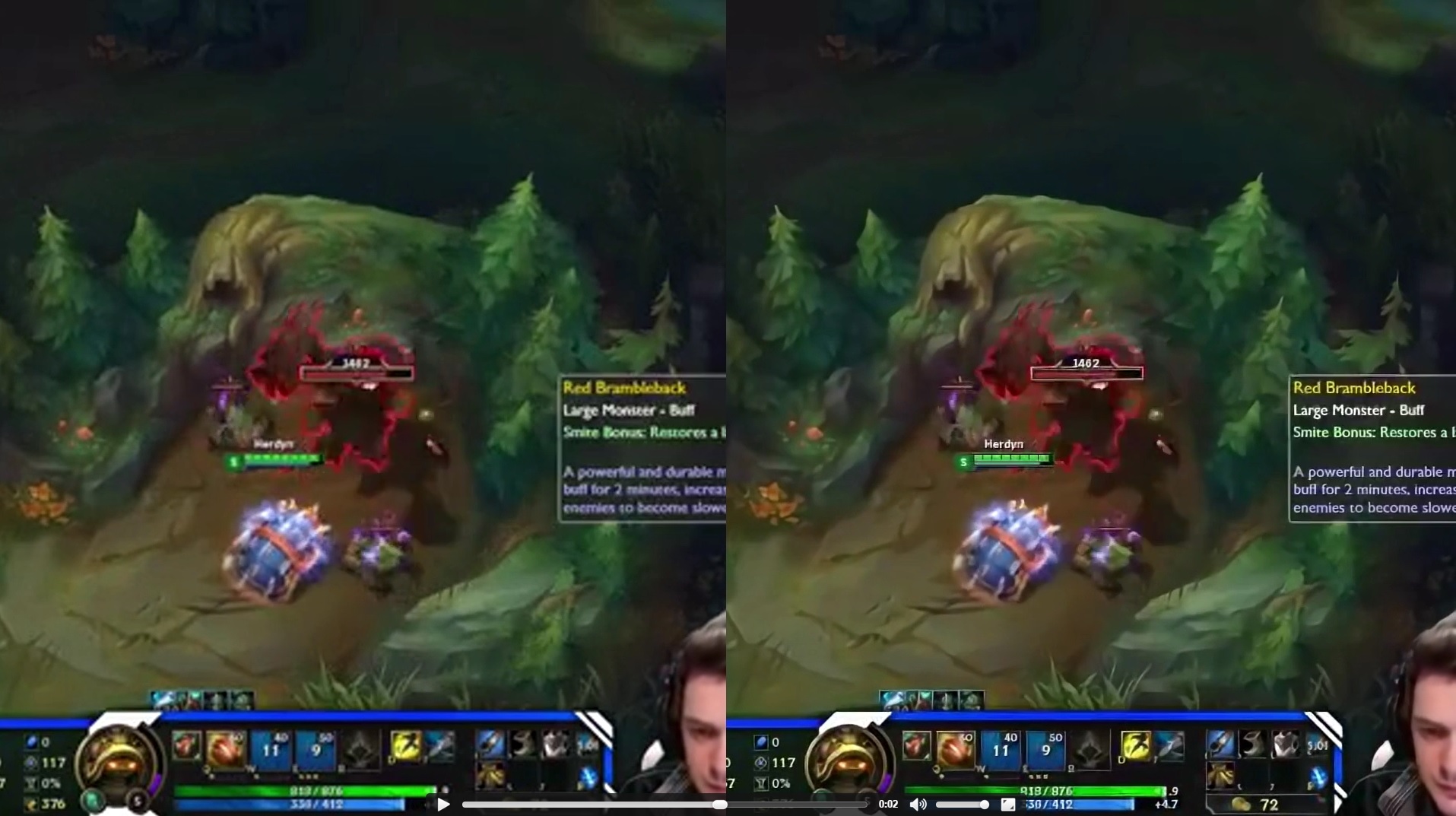 One example that the company gave was that this technology could be used to dynamically create high-resolution textures for games and VR experiences using lower resolution examples or simply to generate miles of unique terrain textures using previously used examples.

This technology could also be used to clean up the images taken from low-quality cameras or taken in low light environments, making this technology appealing to a large number of industries.

You can join the discussion on Artifical intelligence being used to improve the quality to low resolution images and video on the OC3D Forums.

WYP
Quote:
CSI were telling the future all along?Quote

NeverBackDown
Now this is some good ol' innovation. Some great work and has a LOT of application uses.Quote

Kushiro
Just to enhance the guy on the side too

If only it could isolate which parts to enhance.Quote