This RDNA 2 GPU is a BEAST

With a triple-slot heatsink design and a triple-fan cooling configuration, the RX 6900 XT Formula is designed which overclocking in mind, sporting three 8-pin PCIe power connections to feed the GPU under load.

ASRock has designed their RX 6900 XT Formula to be their flagship RDNA 2 product offering, utilising premium components like 90A Power Chokes, Nichicon 12K Black Capacitors, a 2oz Copper PCB and pre-binned RX 6900 XT silicon. These factors are designed to make the RX 6900 XT Formula an excellent card for overclockers and one of the fastest RX 6900 XT graphics cards on the market.

The Radeon RX 6900 XT Formula features a BIOS switch that allows users to switch between P-BIOS (Performance) and Q-BIOS (Quiet) options. In Performance mode, the RX 6900 XT Formula can deliver game clock speeds of 2295MHz and boost clocks of up to 2475MHz. In Quiet mode, the graphics card has game/boost clocks of 2165MHz and 2365MHz, respectively. 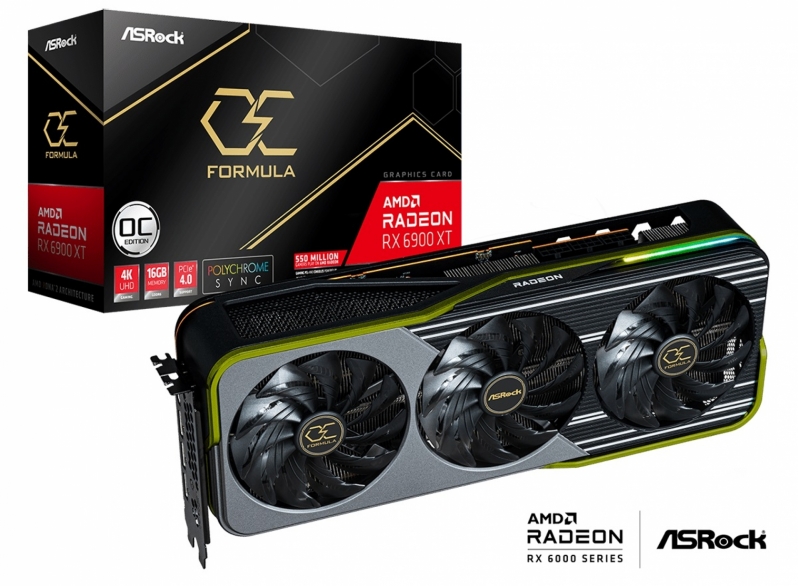 You can join the discussion on ASRock's RX 6900 XT Formula graphics card on the OC3D Forums.