If ASRock's specifications for AMD's Radeon RX 6500 XT are correct, users of PCIe 3.0 motherboards may have a problem, a bandwidth problem.

On high-end graphics cards, GPU manufacturers today give their graphics cards full-sized PCIe 4.0 x16 interface, offering their GPUs four times as much bandwidth as AMD's Radeon RX 6500 XT. While this is considered overkill by many enthusiasts, having too little bandwidth can result in performance issues, making some gamers concerned about AMD's RX 6500 XT.

For users of older PCIe 3.0 compatible systems, AMD's RX 6500 XT will be forced to limit its PCIe lanes to 3.0 speeds. This will half the bandwidth available to the graphics card, potentially limiting the GPU's performance. If this limits the RX 6500 XT's gaming performance, it will be a much less potent upgrade option than it was previously considered to be. Without enough PCIe bandwidth, AMD's RX 6500 XT may not reach its maximum performance levels.

With many older systems lacking support for PCIe 4.0 connectivity, the Radeon RX 6500 XT's performance may not be as strong as AMD advertises. This is especially true given the fact that many of these systems also lack support for AMD features like Smart Access Memory (Also known as Resizable BAR). 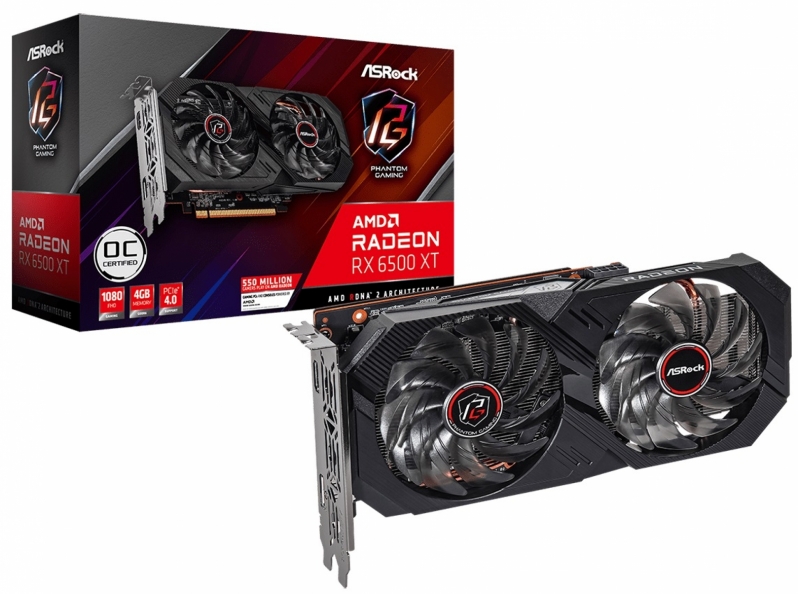 When the Radeon RX 6500 XT launched, it will be seen as a valuable upgrade option for many gamers using older graphics cards. Many of these gamers will be using PCIe 3.0 systems, and that means that hardware reviewers and analysts will need to test whether or not PCIe 3.0 systems are able to get solid performance from AMD';s latest GPU. If it doesn't perform well under PCIe 3.0, AMD's RX 6500 XT will not be the saviour the budget PC gaming market needs (at least for all PC builders).

Right now, it remains to be seen whether or not the Radeon RX 6500 XT's use of a PCIe 4.0 x4 memory bus is a major problem. Hopefully, this question will be answered before the RX 6500 XT launched on January 19th.

You can join the discussion on ASRock's revealing the RX 6500 XT's weakness on the OC3D Forums.

AngryGoldfish
Why is the 6500 XT using a PCIe 4.0 x4 memory bus in the first place?Quote

NeverBackDown
It's only a problem if it's wired only for x4. As dropping to Gen 3 would result in a still x4 connection.

If it's wired for x8 but limited by gen 4 to x4 in say firmware, then it could technically still run in gen 3 x8, which is more than enough... Just depends on the traces and what's active or not.Quote
Reply