Will The GPU shortage soon be over?

ASRock expects its sales to grow sequentially in Q2 2021, despite component shortages and an expected decline in cryptocurrency hardware demand from Chinese miners.

Right now, ASRock expects GPU shipments to improve in the second half of this year, as supply constraints for substrates and other materials are alleviated. This should come as great news for Radeon fans, as this means that AMD's RX 6000 series GPUs should be more readily available in the second half of 2021.

Currently, China accounts for a large portion of the world's demand for cryptocurrency mining hardware, be it in the form of ASICs or repurposed PC hardware. China's declining demand can be seen as part of a broader, global trend. Today's off-peak cryptocurrency values and increased mining difficulties has made cryptocurrency mining a lot less profitable. Beyond that, Ethereum's planned move to a non-mining Proof-of-Stake system will kill Ethereum mining sometime this year.

If the GPU market sees increased supply and lowered cryptocurrency-related demand in the second half of 2021, gamers should start to expect increased availability and more reasonable prices for new graphics cards. That said, all it takes is another rise in cryptocurrency pricing to cause the world's demand for graphics cards to spike again, so it is too soon to say that the days today's graphics card shortages are numbered. 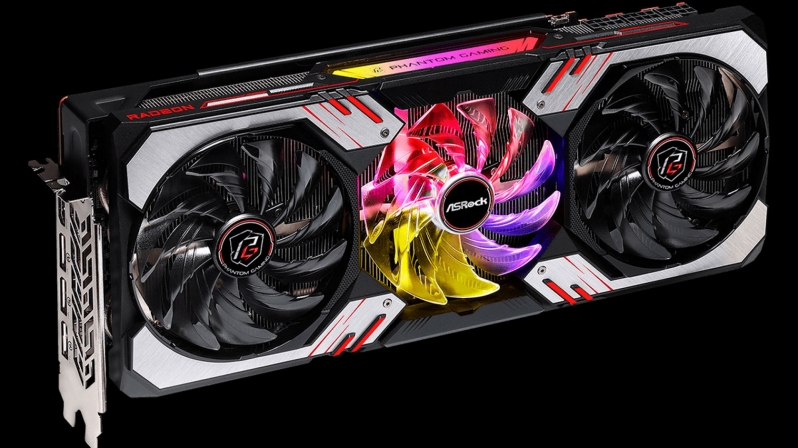 You can join the discussion on ASRock expecting decreased GPU demand from cryptocurrency miners on the OC3D Forums.

NeverBackDown
China also has basically banned mining, so all the miners are leaving for the USA. So that transition gives us time but only going to hurt the USA eventually.

Nvidia and Foundries have said they expect shortages to continue to last until next April. So even if they stop mining they are still behind on orders. It'll still take forever unfortunately.Quote

Dawelio
Quote:
I'm not sure exactly who said it, think it was JayzTwoCents, that miners are just a small percentage of the overall picture. People seem to think that miners are the biggest issue with the global shortages, GPUs etc. It's a whole lot bigger than that unfortunately.Quote

NeverBackDown
Miners aren't the problem. Bots and scalpers are. Miners are just a side of affect of bots.

Really the biggest issue is people want new GPUs so badly they are paying these ridiculous prices. That's why the shortage will continue.Quote

AngryGoldfish
Quote:
How is it that miners aren't the problem? If consumers had better control of themselves and weren't paying $1200 for a 6700XT, they'd be paying $500 because scalpers wouldn't exist if there were no profits to be made. But how would you or I paying $500 for a GPU instead of $1200 increase the supply / reduce the demand? There are less gamers buying GPUs right now than ever before because they can't. If they were reasonably priced (ie not scalped / botted), how would that increase supply / reduce demand? It would do the opposite. Sorry if I'm being ignorant. It just seems that miners are very much part of the problem because they are taking a large portion of the supply and so there is a demand that cannot be met and scalpers / bots have found ways to manipulate the system to earn money from people without self control.Quote

NeverBackDown
Quote:
You kinda just made the point yourself.
If people would stop paying these increased prices, scalpers wouldn't be able to sell, they'd be forced after a while to sell for MSRP. Miners aren't scalpers. They use bots. Scalpers also use bots. To be able to blame solely miners for the issues or as the biggest issue isn't the right call. It's just the average consumer wanting nothing but to spend money just because they can and are willing to spend far more than they should.

The demand is far to high and the supply is low. The supply is being controlled by scalpers selling for a quick profit and continues because people keep paying it. Miners especially past few months haven't made much money. Prices keep falling they earn less per watt. Especially seeing as Ethereum already announced a while back moving away from that, gives little reason for them to keep buying knowing they won't be able to churn a profit anymore.Quote
Reply