Like most other GPU manufacturers, ASRock's currently preparing several custom Radeon RX 6800 series models, readying themselves for the launch of AMD's RDNA 2 architecture.

Thanks to Videocardz, we now have a first look at ASRock's Radeon RX 6800 XT Taichi graphics card, a 2.5-slot thick graphics card which features a triple fan heatsink design and RGB elements on the graphics card's central fan and backplate.

Unlike most other custom RX 6800 XT models, ASRock's RX 6800 XT Taichi appears to feature three 8-pin PCIe power connectors, one more than most competing models. This suggests that ASRock may be shipping their Taichi with a higher maximum power limit than their competition, potentially unlocking additional overclocking performance.

At this time, it is unknown whether or not ASRock has a Phantom Gaming Radeon RX 6800 XT in the works. If they do, their Phantom Gaming will likely act as a lower-end model with dual 8-pin power inputs. 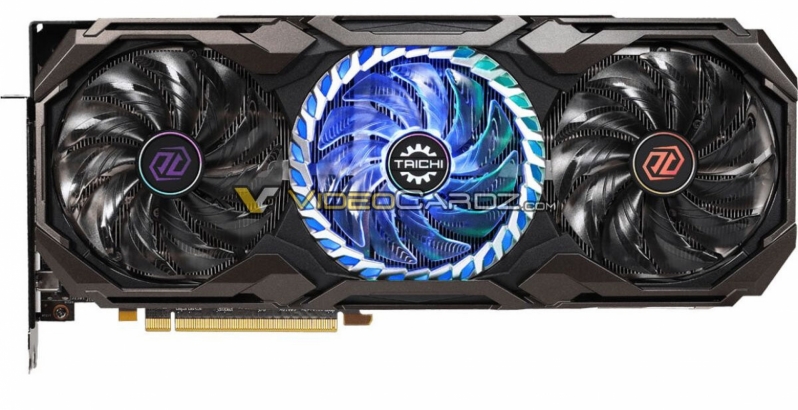 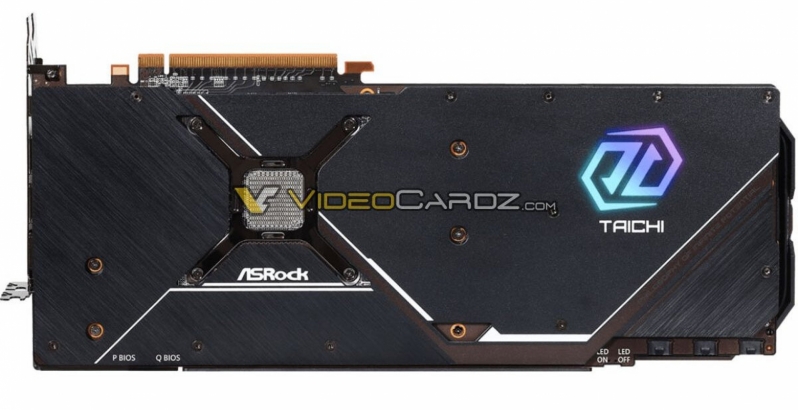 ASRock's Taichi model will likely launch as a premium model for the brand, placing the graphics card at an MSRP that's higher than AMD's $649 (US) reference model.

You can join the discussion on ASRock's Radeon RX 6800 XT Taichi graphics card on the OC3D Forums.

looz
Ah yeah instead of using a full sized fan in the middle, let's stick some tacky plastic there and a smaller fan.


Yeah 2 + 1 fan combination is ubiquitous and the impact on cooling is miniscule, but just... why?

g0ggles1994
God damn it AsRock that could have been one of the best looking GPUs to come but you spoiled it!