Need a graphics card which can support your insane multi-monitor setup? You may not need to look any further than ASRock's upcoming range of Taichi OC+ series graphics cards.

Yes, ASRock is preparing its first Taichi series graphics cards, and with it, the company wants to deliver the raw power of AMD's Navi architecture with a triple-fan cooler and an abundance of display connectivity options.

The ASRock Taichi RX 5700 XT will offer users four DisplayPort 1.4 connections and tow HDMI 2.0 connections, though at this time it is unknown if all of these connections are usable at the same time. Dual HDMI connectivity makes the card ready for setups that use both large screen TVs (or HDMI-based monitors) and an HDMI-powered VR headset, while the card's DisplayPort connections can handle everything else. 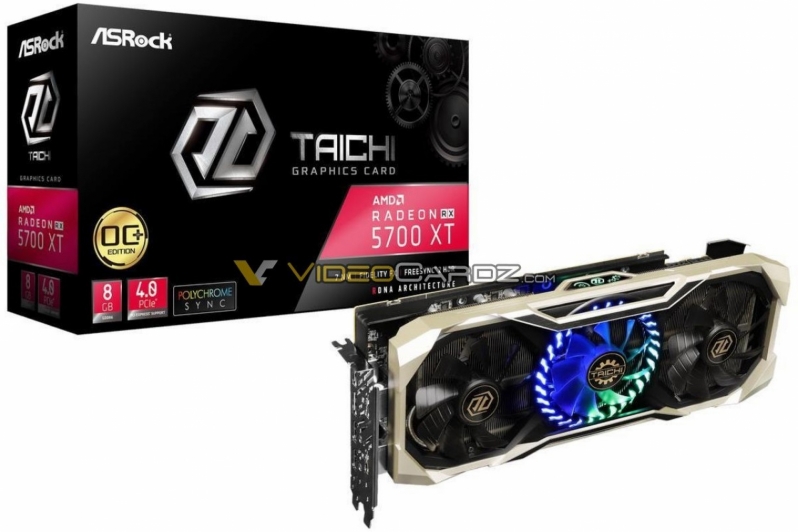 Only the central fan of the Taichi is RGB illuminated. This RGB lighting is likely to be controllable via ASRock's dedicated RGB lighting software.

You can join the discussion on ASRock's RX 5700 XT Taichi OC+ graphics card on the OC3D Forums.

Who came up with that monstrosity?Quote

Yesh, I don't like this. TBH I don't think that RGB adds anything to this.Quote

NeverBackDown
The design is ugly but it's nice to have something with more video outputs.Quote

AlienALX
Quote:
It makes it worse. Kinda like the last MSI lightning card.

FFS you'd think they'd hire someone like, in touch with reality.

I'm glad XFX have finally come to their senses. Probably because of low sales. Why can't these plebs hire one bloody person to go around and read people's opinions? They'd actually rake it in if they did that.