ASUS has announced their new GTX 1080Ti Strix OC and Turbo series GPUs, both of which are set to replace the companies existing GTX 1080 GPU models to become ASUS' flagship GPU models.
These two GPU will offer the full performance of Nvidia's GTX 1080Ti, with the Strix OC model coming with an undisclosed factory overclock. Right now Nvidia states that the GTX 1080Ti offers 35% more performance than their GTX 1080, making these GPUs a significant upgrade, especially when gaming at 4K.
Both of these GPUs will come with 11GB of GDDR5X memory, operating at 11000MHz, giving these GPUs a total of 484GBPS of memory bandwidth, which is more than Nvidia's Titan X Pascal. Below are the specification of Nvidia's reference GTX 1080 Ti. 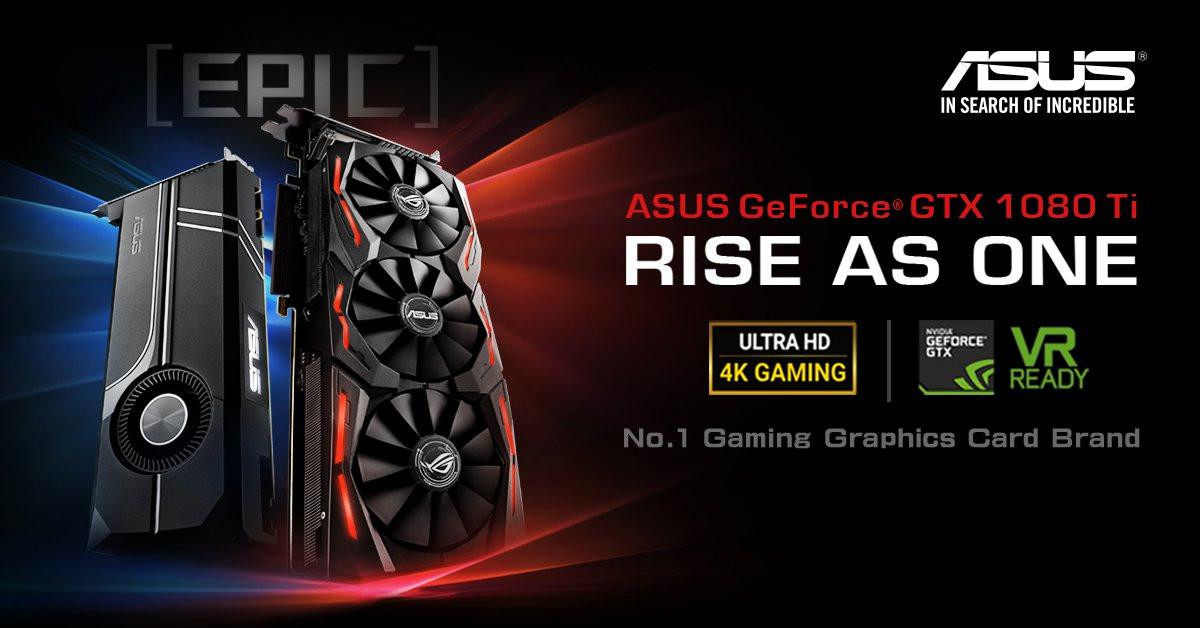 Looking at the available information on the GTX 1080 Ti Strix we can see that ASUS are opting for a larger/thicker cooler design, with the GPU having a 2.5-slot width rather than a 2-slot width like the GTX 1080 Strix, this should give the GPU a lot more surface area for heat dissipation, which should hopefully allow this GPU to remain cool and quiet under load.

The GTX 1080 Turbo will come with a reference-style cooler design that is similar to the GTX 1080Ti, likely coming with identical cooling potential and fan profiles.

You can join the discussion on ASUS' GTX 1080Ti GPUs on the OC3D Forums.

Also anyone knows when this will be released?.Quote

WYP
Quote:
Nvidia has shown their reference model with a 8+6-pin configuration.Quote

Dawelio
Quote:
Okay, you reckon the 1080Ti Strix to have the same?...Quote

Doomslayer
Quote:
No, I'm guessing 2x 8pin will be the norm on nearly all GTX1080TiQuote
Reply