Let's hope that ASUS have enough cards to meet demand

AMD has just launched its Radeon RX 6600 XT graphics card, and it is due to launch on August 11th as an AIB-only graphics card within the DIY PC market.

With AMD's RX 6600 XT lacking an AMD reference model, it falls to AMD's partners to create their own RX 6600 XT graphics card models, and ASUS is ready with their ROG RX 6600 XT Strix and RX 6600 XT Dual models. Both GPUs will become available on August 11th, though ASUS has not been able to provide us with MSRP pricing at this time.

Thanks to the low power use of AMD's RX 6600 XT, both of ASUS' new RX 6600 XT designs can be powered by a single 8-pin PCIe power connector. Both models can also be adequately cooled by dual-fan heatsinks, with both models using ASUS' Axial-tech fans with traditional heatsink designs.

With ASUS' ROG model, RX 6600 XT users will benefit from a BIOS switch for the GPU's separate Quiet Mode and Performance Modes as well as additional options like RGB lighting support. Quiet Mode will offer gamers a less aggressive fan curve for quieter operation while the GPU's performance mode will deliver higher performance levels and the best overclocking potential. Both modes will feature a 0dB fan mode that will allow the graphics card to remain silent in non-gaming workloads.

What follows is ASUS' Press Release. 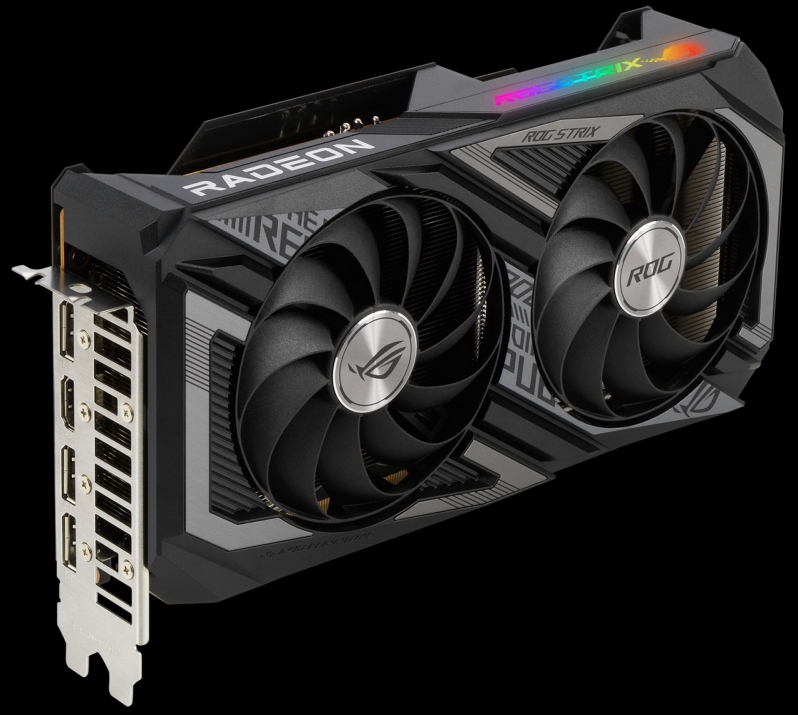 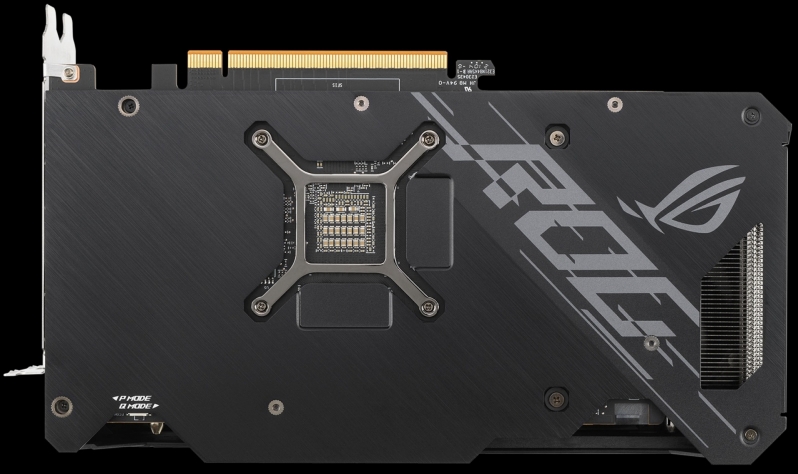 The ROG Strix AMD Radeon RX 6600 XT graphics card combines the power of the AMD RDNA 2 gaming architecture and ROG innovation. It features four heat pipes and a large baseplate to draw heat away from the GPU chip and GDDR6 memory. Those pipes run through a high-surface-area heatsink that enables rapid heat exchange, enabling low temperatures and the highest possible clock speeds.

A pair of fans featuring the latest Axial-tech design move a lot of air through the heatsink without raising noise levels. This delicate balance is achieved with more fan blades, smaller fan hubs, a highly swept blade design, and notched barrier rings that optimize airflow through the heatsink, silently directing air to where it's needed.

Enthusiasts can further optimize performance with two different fan and power profiles, using the onboard dual-BIOS switch. Performance mode provides more airflow, the highest stock clock speeds, and the best overclocking potential. Quiet mode enables a less aggressive fan curve that maintains high performance. A 0 dB mode in both profiles allows the fans to stop entirely at idle, keeping the system's noise levels as low as possible when not running a game.

Like all ROG gear, the ROG Strix AMD Radeon RX 6600 XT graphics card is built to look as good as it performs. Bold, angular accents embossed with ROG cybertext ripple across the cooling shroud, and a full-length alloy backplate boasts even more ROG graphics. An Aura RGB accent on the left edge of the card lets the addressable RGB LEDs beneath shine through. Aura Sync support lets users easily coordinate their favorite colors and lighting effects with all of the other compatible gear in their setup. 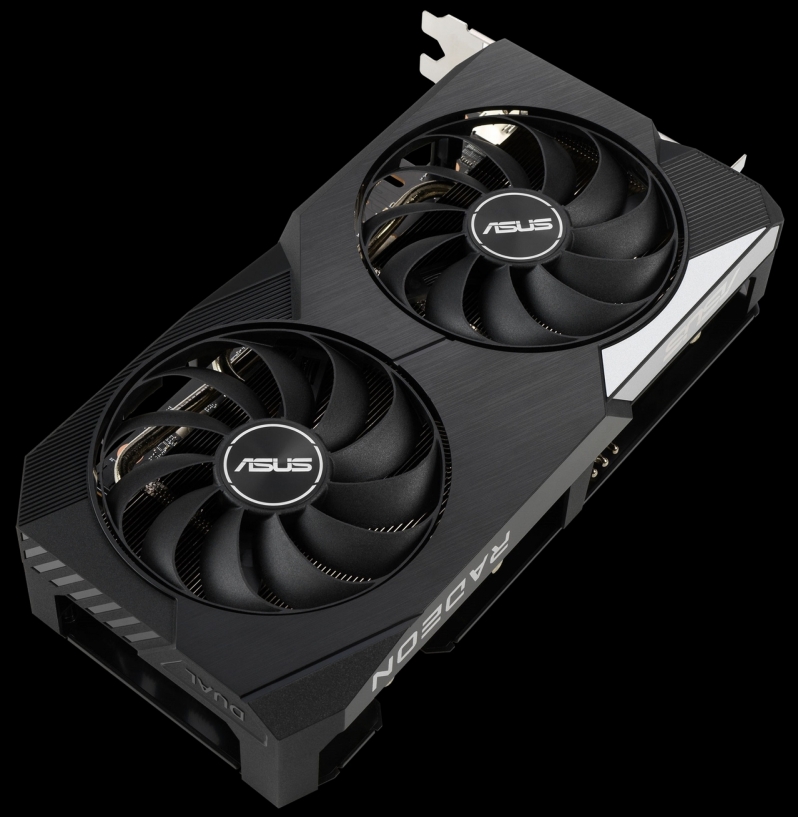 The ASUS Dual AMD Radeon RX 6600 XT graphics card is ideal for builders who prefer performance in a subtle package. Like its ROG Strix stablemate, the card uses twin Axial-tech fans to drive cooling air through a high-surface-area heatsink. The fans can be set to stop when the graphics card is at idle, and each fan includes dual ball-bearings for a long lifespan.

The ASUS Dual AMD Radeon RX 6600 XT graphics card has a more refined shroud design, drawing the eye with black and silver accents, contrasting textures and geometric cuts. The full-length alloy backplate reinforces the PCB beneath and also adds an aesthetic element with refined ASUS graphics. Auto-Extreme assembly technology, used across the ASUS graphics card lineup, ensures that each component beneath the shroud and backplate is precisely placed and cleanly soldered for a long life of reliable operation.

You can join the discussion on ASUS' RX 6600 XT graphics card models on the OC3D Forums. 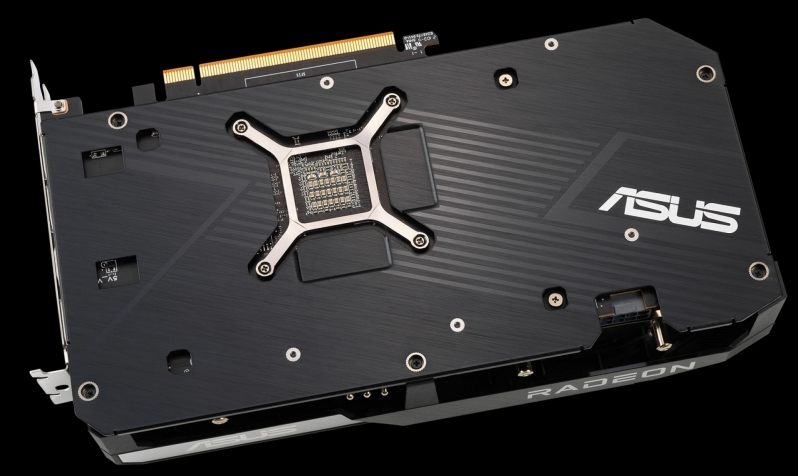