More Geforce RTX series GPUs are revealing themselves, painting a picture which seems to indicate that Nvidia's next-generation graphics launch will occur for both reference and custom AIB partner product designs simultaneously, a rare thing for the graphics market.

Starting off with ASUS' new ROG Strix series RTX 2080, we can see that ASUS has redesigned the fans they use with their custom coolers, though at this time it is unknown how their design tweaks will impact the cooling performance of their upcoming RTX 20 series products.

The fans appear to be enclosed within a circle, connecting all of the fan's blades together, creating a more rigid frame that perhaps focuses more airflow downwards, directly into the heatsink's aluminium fin stacks. ASUS' ROG Strix box suggests that RGB illumination will remain similar to ASUS' last-generation GPU offerings. 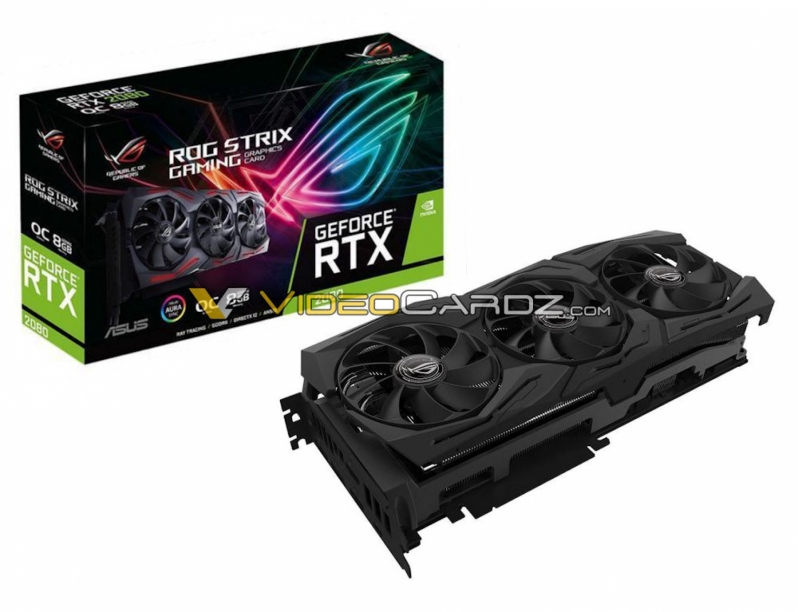 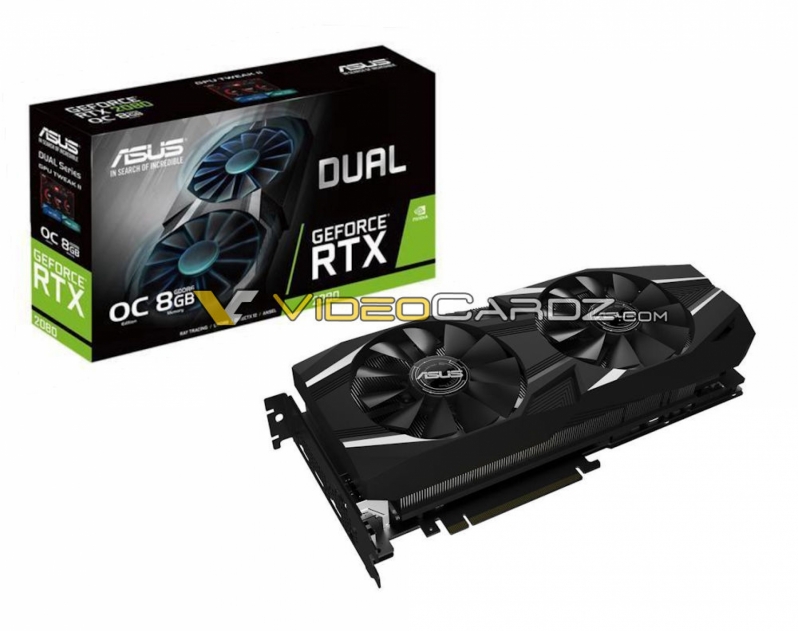 Last but not least, we have ASUS' Turbo series, a cooler design that is similar to Nvidia's reference offerings, which use a blower-style cooler to exhaust warm air directly out of the user's system. 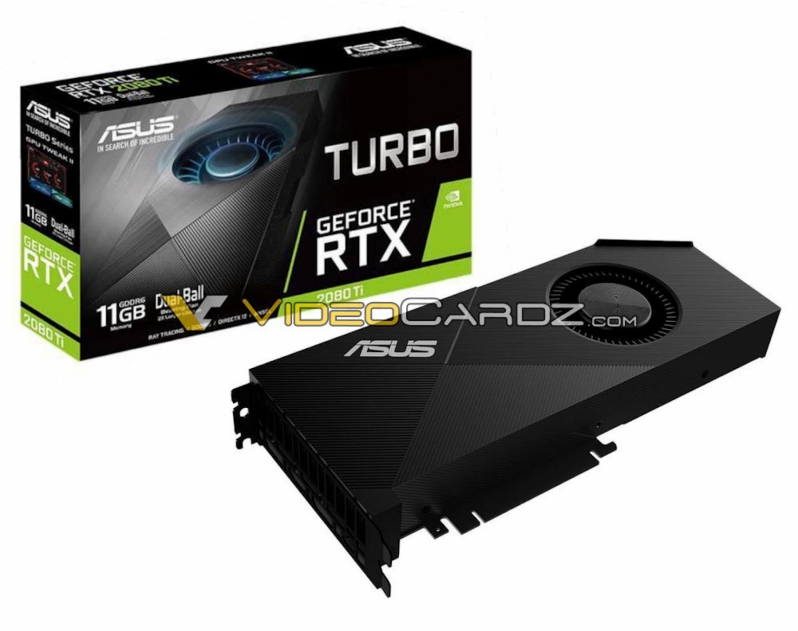 You can join the discussion on ASUS' Geforce RTX ROG Strix, Dual and Turbo graphics cards on the OC3D Forums.

Dicehunter
Liking the design of the Strix, hopefully when I get my next GPU, Late 2019, I hope they close up the sides of the Strix 3080 Ti so no fins or heat pipes are visible.Quote

I like the visible heatsinks, gives it a raw, industrial look - but taste differs

Dicehunter
Quote:
With this one it looks like they've closed up the sides a bit more and made it a bit chunkier looking.Quote

TheF34RChannel
With that plastic strip you mean?Quote