Let's have a look at the GTX 1060 Gaming Strix OC, which features an 8-pin power connection and boost clock speeds of 1873MHz in OC mode.

ASUS will be releasing two different versions of the GTX 1060 Gaming Strix, one which will feature the same base and boost clock speeds as the GTX 1060 Founders Edition and one version that will feature a beefy factory overclock. 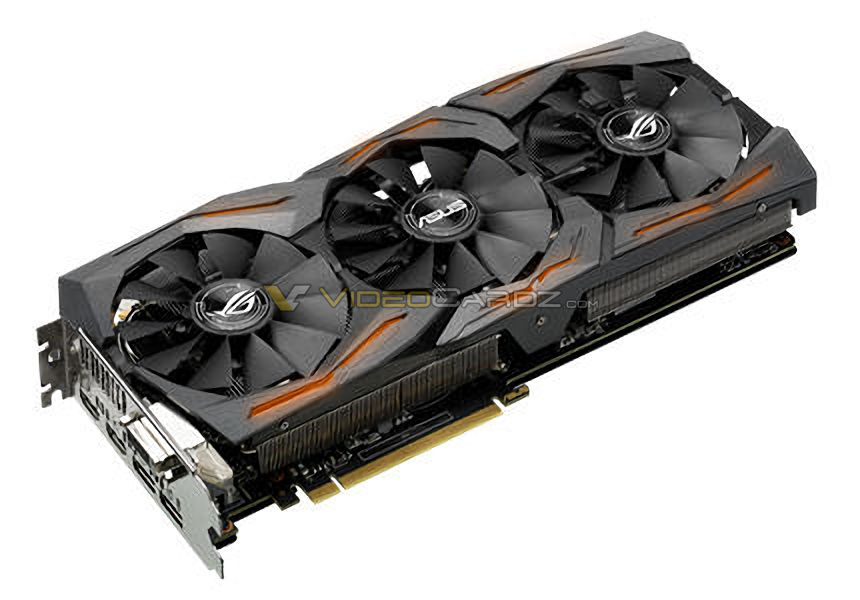 The GTX 1060 Gaming Strix will come with a triple fan RGB illuminated cooler, allowing this cooler to offer cooler operating temperatures and quieter operation than the Founders Edition as well as better suit the colour scheme of most systems with user defined lighting.

This new GPU will offer dual 4-pin fan headers like the GTX 1070 and GTX 1080 Gaming Strix GPUs from ASUS.

You can join the discussion on the ASUS GTX 1060 Gaming Strix on the OC3D Forums.

RobM
now that looks interesting when is the nda over so we can see benches and reviews?Quote
Reply