ASUS is the first company that have started talking about ASUS' new RTX 2060 12 GB graphics card, revealing to us today their RTX 2060 12 GB Dual EVO GPU model. ASUS claims that this new graphics card is designed for 1080p gaming rigs to deliver PC gamers the "bang-for-the-buck" that they call crave. With ample performance and DLSS support, these graphics cards are great for modern games, and while they do not feature Nvidia's Ampere architecture, Turing remains a great option for today's gamers.

ASUS' RTX 2060 12 GB model is a 2.7-slot thick graphics card that uses a twin-fan cooling solution that features ASUS' Axial-tech fan design. It uses larger than standard blades to push more air, and its IP5X certification should assure users that this fan is dust resistant and is designed to last.

While this graphics card is designed to be an affordable product, it retains support for useful features like a 0db fan mode for workloads that keep the graphics card under 50 degrees. On top of that, this GPU's 12 GB frame buffer makes it large enough for all modern games and useful for many memory-intensive productivity applications. Unlike its older 6 GB counterpart, users of the RTX 2060 12 GB should not worry about running out of VRAM in today's games and apps.

With graphics cards being in short supply today, this influx of new RTX 2060 graphics cards should come as welcome news to consumers. While we would prefer to see more RTX 30 series GPUs on store shelves, seeing enhanced RTX 2060 cards hit store shelves is a welcome sight. 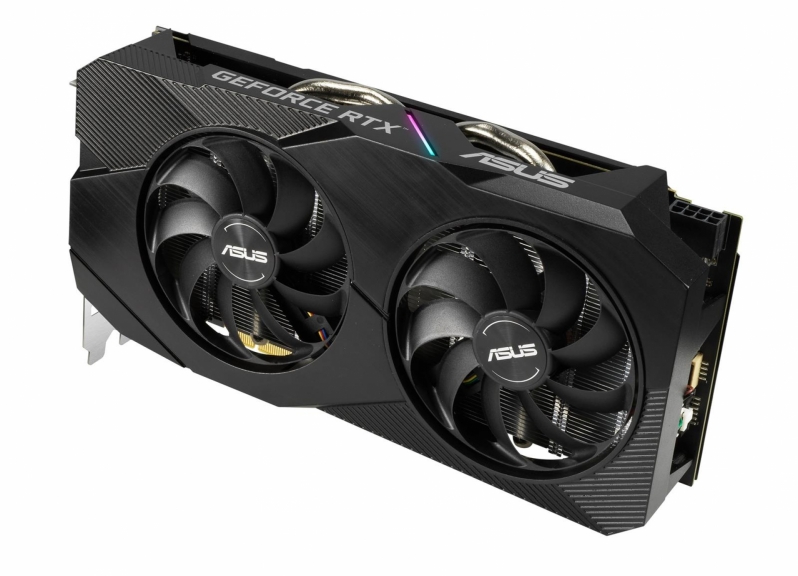 So, why does the RTX 2060 12 GB exist? There are multiple answers to this question. While Nvidia will likely never reveal the exact reason behind this surprising GPU launch, there are several factors that make Nvidia's RTX 2060 12 GB a useful product launch.

With Nvidia lacking a sub RTX 3060 Ampere product for the desktop market, Nvidia can launch their RTX 2060 12 GB without harming the positioning of their RTX 30 series products. This allows Nvidia to cater to this section of the GPU market while dedicating their Samsung 8 nm silicon to other products. While an 8 nm RTX 3050 Ti may be on the horizon, its production could take away wafers from more profitable RTX 30 series products.

Nvidia's RTX 2060 12 GB allows Nvidia to use two resources that don't majorly impact the production of RTX 30 series GPUs. These resources are 12 nm silicon wafers and 2 GB GDDR6 memory chips. While Nvidia may start creating RTX 30 series products that use more 2 GB GDDR6 chips in the future, as it stands, they aren't using many.

This GPU design allows Nvidia to get more GPUs on store shelves and allows them to do it cheaply. It's that simple. This GPU is a win-win for Nvidia, as it allows them to build more GPUs without impacting the production of other RTX 30 series products in a major way. 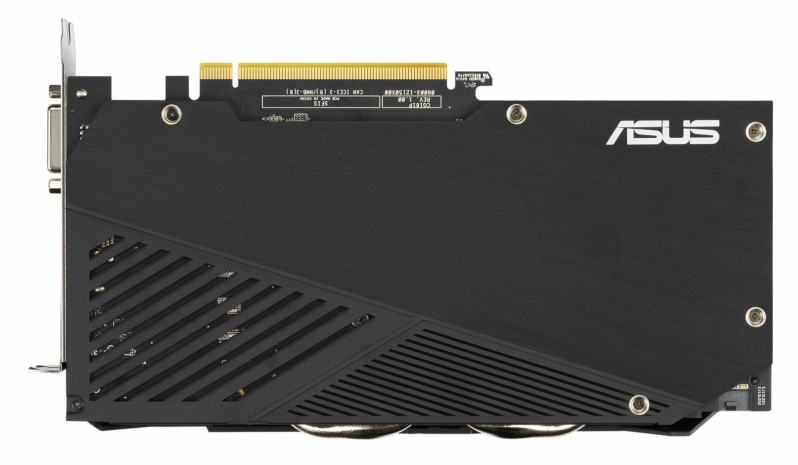 With all the recent advancements in the gaming world, NVIDIA® and ASUS want PC building to be as accessible as possible, so the two new models — ASUS Dual GeForce RTX 2060 EVO and EVO OC Edition — are designed to power bang-for-the-buck gaming builds.

Like the previous iteration, the new cards use a 2.7-slot heatsink that provides plenty of surface area to dissipate heat. The two fans use the ASUS Axial-tech design, with IP5X dust resistance and larger blades that move more air. Barrier rings around the blades optimize its flow through the large heatsink, allowing the fans to put airflow where it is needed most without running full bore — so users get a quieter, cooler gaming experience.

In fact, under light loads, the fans will not spin at all: ASUS 0db tech spins up the fans only when the GPU reaches 55° C, and they will stop spinning once the GPU cools back to 50° C for a truly silent session. Premium capacitors and alloy-core chokes enable robust power delivery for high performance and longevity.

Finally, this reinvigorated GeForce RTX 2060 comes with a vast 12 GB of video memory, allowing plenty of VRAM headroom for the latest titles. Plus, gamers will get all the ray-tracing power of the 2060’s RT cores, and the fantastic DLSS upscaling provided by dedicated Tensor cores, enabling supported games to be played at high resolution without increasing the load on the GPU.

You can join the discussion on ASUS' RTX 2060 12 GB Dual EVO graphics cards on the OC3D Forums.

demonking
I thought that gddr6 was in short supply? If so then this itself was cause a bottle neck.
Also launched? Even though they don't know the price themselves?Quote

ImprovizoR
How much is this bang-for-the-buck thing going to cost? An arm and a leg, or just a regular kidney?Quote

AlienALX
Quote:
GDDR6 is now outstripping GPU supply. IE - AdoredTV was correct when he said yields on Samsung are horrible.

Usually they would have enough large dies to disable bits on to make lower end cards but they don't due to sucky supply. Hence why there has been no 3050 or anything affordable. Usually these are made with over supply and yields.

I said it before and will say it again - don't expect this to be any cheaper than the 3060. Mostly because TSMC charge a lot more than Samsung, and Nvidia wouldn't bother doing this if there wasn't serious coin in it for them.

As for the price? even Asus don't know, and have been contacted directly. They're still waiting to hear from the master.Quote
Reply