Forget 60Hz. This screen is over eight times faster

While this screen won't deliver the highest resolution gameplay or win any awards for extreme colour accuracy, it is the fastest panel on the market for extreme gamers. Previously, 360Hz was the fastest G-Sync screen available, and now Nvidia and ASUS have cranked things up to a new level.

At higher refresh rates, ghosting is minimised, gameplay appears smoother, and motion clarity is improved. Beyond that, display latencies are reduced, minimising the time between in-game actions and seeing those actions on screen. For e-sports professionals that need every advantage they can get, an ultra high refresh rate monitor is a must. 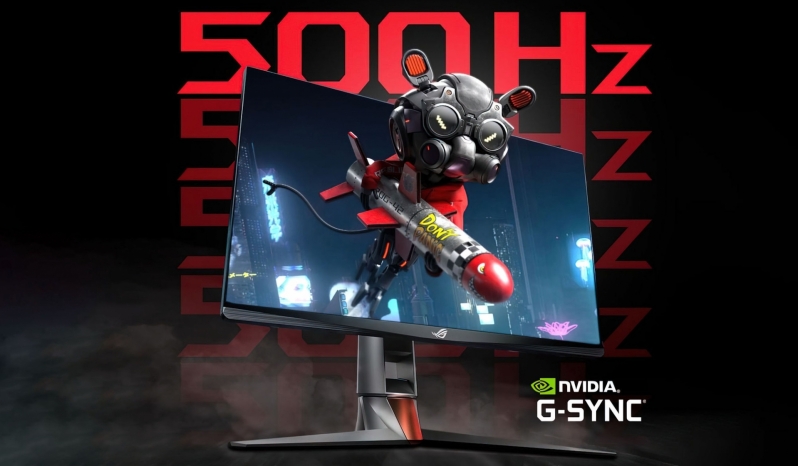 Sadly, ASUS and Nvidia have not revealed the release date or pricing for this insanely fast e-sports monitor. That said, we expect this screen to be pricy. Cutting-edge screen technologies are rarely cheap, especially when they have a use-case that gives professional users an advantage.

Below is what Nvidia had to say about this monitor in a recent Press Release.

Ever since we revolutionized gaming monitors with the launch of G-SYNC in 2013, we’ve worked with our partners, and panel manufacturers such as AU Optronics, to craft faster and even-better displays. Less than a decade later, we’ve now got G-SYNC gaming monitors and TVs in every combination of size, speed and resolution that you could want, but progress still doesn’t stop.

500Hz G-SYNC Esports displays are even faster, have even lower response times, and are specifically tuned for competitive games such as CS:GO, Valorant, Overwatch, and Rainbow Six Siege. Load up the video below to see how this new, cutting-edge display technology further improves target tracking, and allows competitive gamers to spot enemies even sooner:

Flick over to our COMPUTEX 2022 NVIDIA Reflex article to learn more about Reflex and to see how it helps make you a better gamer. You’ll also find news about the new ACER Predator X28 4K 152Hz G-SYNC gaming monitor, and two new Cooler Master mice that support the NVIDIA Reflex Analyzer.

You can join the discussion on ASUS' ROG Swift 500Hz G-Sync gaming monitor on the OC3D Forums.

Also, where's the limit? Like, are some animations coded at 4XX FPS? I remember when Killing Floor 2 was announced that everyone was hyped about reload animations being rendered at 400 FPS or so?Quote
Reply