ASUS has officially unveiled their upcoming RTX 2080 and RTX 2080 Ti lineup of graphics cards, revealing three custom models called the Dual, the Turbo and the ROG Strix, all of which are now available for pre-order.

Starting with the ROG Strix RTX 2080 and 2080 Ti, the most noticeable change over its Pascal-based counterpart is the use of new Axial-tech fans, which ASUS claim are designed to provide increased airflow and offer an IPX5-level dust resistance.

ASUS has also opted to increase the surface area of their heatsink design by 20% over their last-generation models, with their latest cooler taking up 2.7 PCIe slots of thickness. This change makes ASUS' latest ROG Strix models three slots in size, with the 0.3 slot gap to guarantee airflow when packed closely to other graphics cards or other PCIe devices. 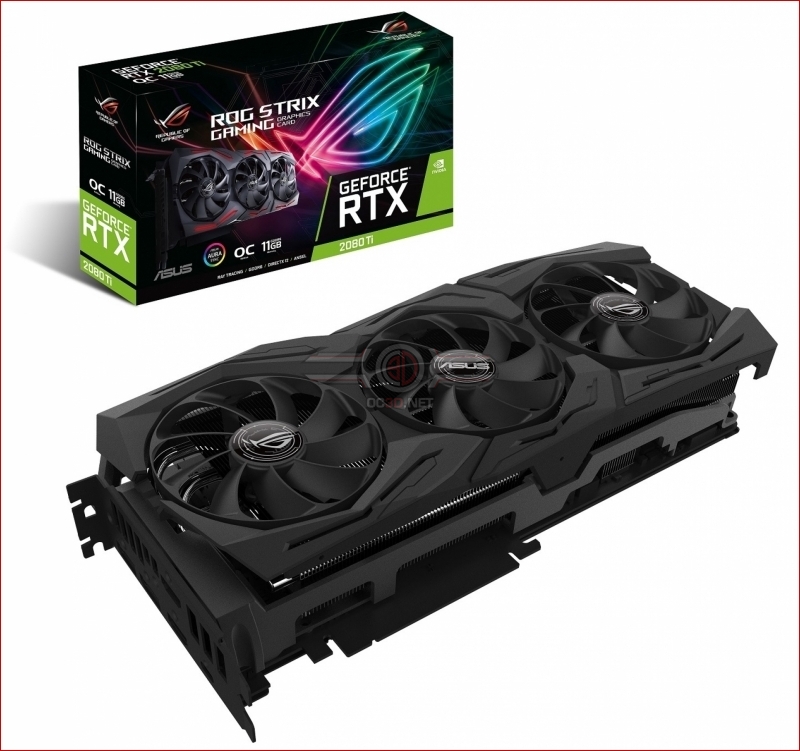 The RTX Dual cooler will be available for both RTX 2080 and RTX 2080 Ti graphics cards, though at this time the final clock speeds of these graphics cards are unknown.

And finally, we have the ASUS RTX Turbo, which ASUS claim is designed for users of multiple graphics cards and in systems that are airflow restricted. This is because the blower-style can on this graphics card blows hot air directly out of the user's system, which can be beneficial for certain users. However, it is worth noting that Nvidia saw fit to abandon their Reference blower-style cooler on their RTX series Founders Edition graphics cards, forcing us to wonder how hot blower-style coolers will get under load and how this will impact performance. 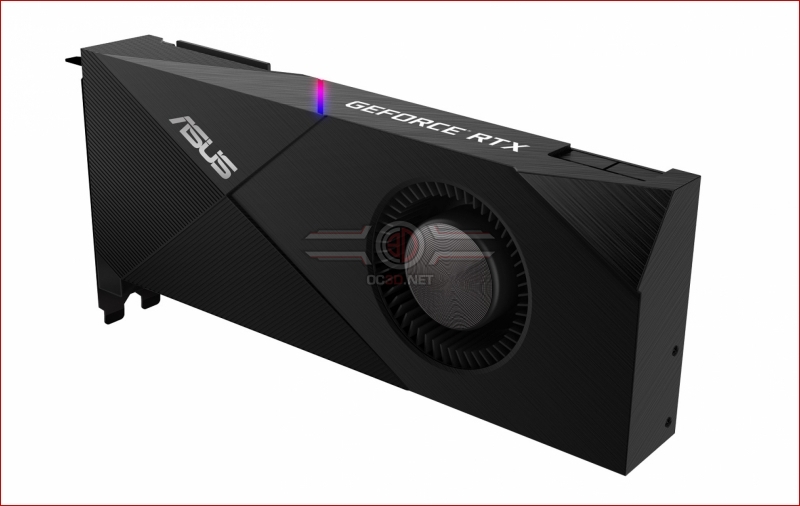 ASUS' new RTX 20 series Strix, Turbo and Dual graphics cards are currently available for pre-order at most major PC components retailers. Our recommendation is to wait for more detailed specifications and performance numbers before purchasing/pre-ordering any Turing graphics card.

You can join the discussion on ASUS' RTX 20 series Strix, Turbo and Dual graphics cards on the OC3D Forums.

Nogginthenog
I always stick with Asus cards, never had one let me down, and I do like the addition of 0db on the dual, for dual use rigs it really makes a difference with no sound from the gpu when working.

But, and I do appreciate the technology they are pushing here, a the dual version of the 2080 TI is up for pre-order at overclockers for £1340. I think thats insane.

From a technical standpoint, the advancements they have made make this a valuable chip, because eventually they will change how games are developed, but from a gaming standpoint, where for the foreseeable future 99% of games in your steam library won't even make use of the half of the chip dedicated to ray tracing and DLSS, I think its a huge mistake by Nvidia.

I'm not much of a competitive gamer, but most people I know that play battlefield have shadows turned off to maximize framerates when playing online, I would think the last thing they want to pop double the price for is more shadows and effects.

Too high price, not enough benefit to the target market I think. Unless Tom's eventual review shows them to be significantly faster with standard graphics as well. The conspicuous absence of even mentioning that yesterday does not fill me with hope though.Quote

AlienALX
£1500. LOL I knew it would be easy to find.. Go to OCUK, go to 2080Ti, scroll alllllll the way down to the most expensive model and there it is !Quote

) - but it's nice to know we can buy one if we want.Quote

AlienALX
Quote:
It's not a car it is a GPU and £450 for a cooler is a bit excessive.

I wouldn't mind, but Asus made terrible very expensive GPUs for years (matrix platinum etc). Whilst they looked great and cost a fortune they were unreliable. Not something you expect for that much money.

Mind you, my predictions of "early" RT were correct. Current GPUs are not powerful enough to run us at 4k, meaning Nvidia are taking a hypocritical step backward and I wouldn't want to drop the res just to make my GPU catch on fire.

Seriously, with those cores going at it 100% expect these cards to be very, very hot.Quote

Avet
Respect to ASUS and their motherboards. There they do make a difference, and are worth the money. With GPUs... Well... In past few generations all cards performed within a margin. People picked them based on looks, sale, OCD (same brand GPU, as is motherboard), availability in regions, astrology... Time will tell if something changed with new generation, and is it worth the extra over others.Quote
Reply