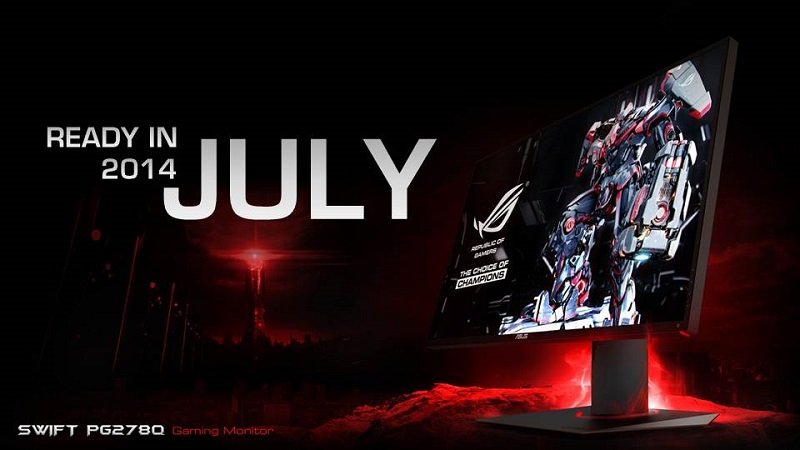 Monitors have been an area where the Republic of Gamers brand has never explored, but next Month ASUS will make ROG's Monitor Debut with the most high-end Gaming Oriented Monitor that anybody has ever made!
Presenting the ASUS Republic of Gamers PG278Q. 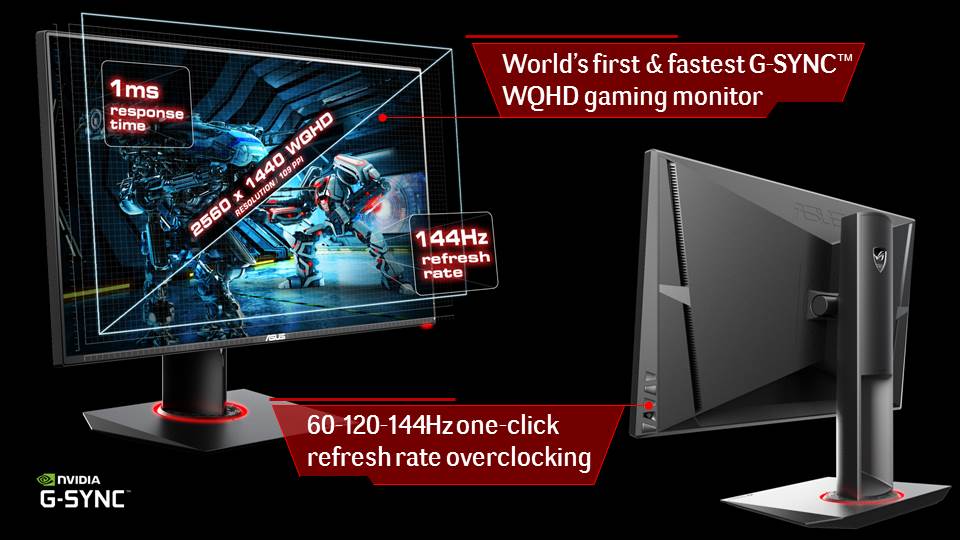 This is undoubtedly the highest spec Gaming Oriented monitor ever made, with a 1ms response time, 144Hz refresh rate, compatability with Nvidia's G-SYNC, 3D-Vision and a simply giant 1440p resolution, which is a first for 144Hz monitors.

Alongside these features the PG278Q will have a exceptionally thin 6mm bezel, ideal for a Multi-Monitor setup, a USB 3.0 hub and a fully adjustable stand with the options of wall mounting with it's VESA mount. Simply put this monitor has a whole sea options available alongside it's killer gaming specs.

Monitor connectivity can only be made via the monitors 1 Displayport input, which is due to G-Syncs Displayport requirements, this may be the only downside of the monitor apart from it's £669.92 price tag as well as the panel being based on TN technology. 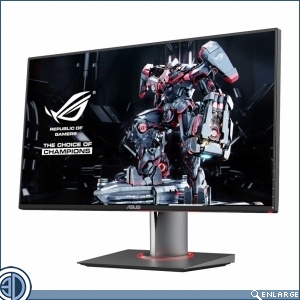 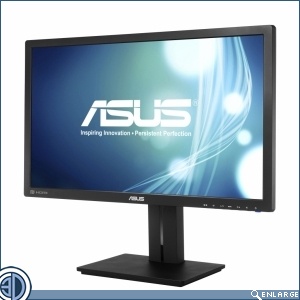 Thad being said the asking price isn't that large considering that the more basic ASUS' 1440p PB278Q (pictured above left) is currently selling for £431.12 and features so much less lacking; 3d-Vision functions, 1440p the lower 1ms response time and 144Hz refresh rate. Also consider that the user will already be forking out a massive amount of money just for the required GPU horsepower, where we are talking dual 780Ti territory, to get the most out of this monitor.

ASUS will be making a mark with this beast of a monitor, which is due to release on the 28th of July and is currently available for preorder on Scan at the price of £669.92.

barnsley
Take of the ROG branding and it'll be £120. Its cool but overpriced.Quote

QuietOne
Oops, you lot can flame me. I've gone and ordered one.Quote

katiekitsune
for that price, unless you are a professional gamer you would be better off buying a benq monitor or waiting for more g-sync/freesync monitors to come on the market.Quote

QuietOne
Quote:
I have the PB278Q which I've had for nearly a year. I think it's a nice size and will probably look strange next to the PG278Q.Quote
Reply