Today we are having an in-depth look at ASUS' ROG Strix RTX 3090 design, courtesy of GamerSky, who released details about the graphics card ahead of Nvidia's RTX 30 series embargo.

What we can see here is a totally new design for ASUS' RTX Strix series, which offers gamers a new take on RGB, new fan designs hints that Nvidia's Ampere series of graphics cards will consume a lot more power than their predecessors.

ASUS claims that their new fan designs offer increased airflow and increased rigidity, which helps the company to increase the thermal efficiency of its latest ROG Strix graphics cards, allowing them to remain cool and quiet under load. 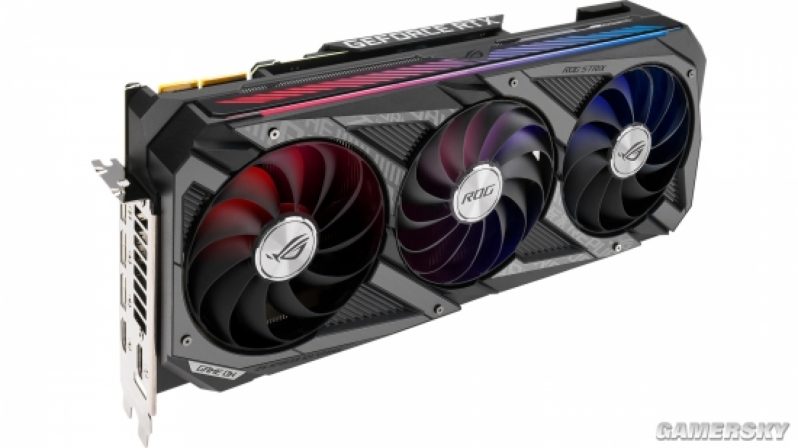 Details from GamerSky also suggest that Nvidia's AMpoere architecture delivers a 1.9X increase in performance per watt over their predecessors, though this remains unconfirmed. Much of this could be due to increased ray tracing or DLSS performance, which are factors which will not impact all games/applications.

When ASUS' ROG Strix RTX 3090 is under 55 degrees, its fans can be completely stopped to enable quiet operation, which is ideal for idle or low complexity workloads. When gaming, the graphics card can handle the thermal strain thanks to its triple fan design and its vented backplate, which allows more air to travel through the heatsink than is prior Strix designs.

ASUS' ROG Strix RTX 3090 has confirmed PCIe 4.0 support and features a 2.9-slot cooler design. ASUS' custom cooling solution is designed to keep Nvidia's RTX 3090 cool and quiet under load, despite Nvidia's increased TDPs with this graphics card generation. Sadly, clock speeds of ASUS' ROG Strix models have not been confirmed at this time, though we expect to hear more about Ampere's performance soon.

Nvidia is due to reveal RTX 3090, RTX 3080 and RTX 3070 GPU models today, all of which are due to release in the near future. You can expect to hear more about Nvidia's RTX 30 series from us soon, as Nvidia's Geforce Special Event will be starting soon.

You can join the discussion on ASUS' ROG Strix RTX 3090 design on the OC3D Forums. 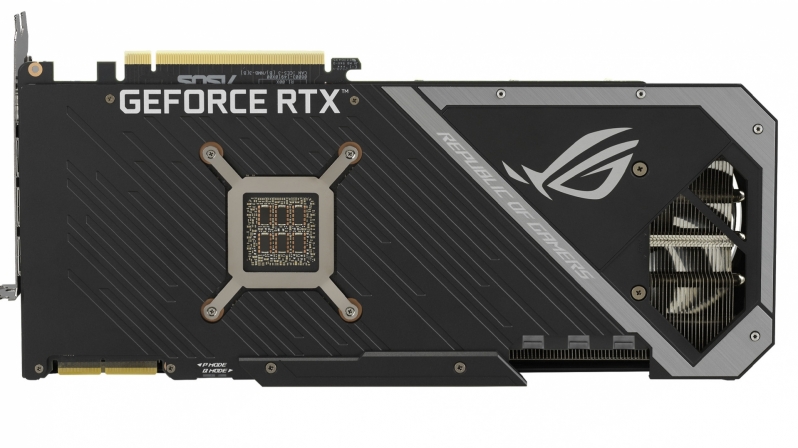 AlienALX
I don't like it. There, I said it.Quote

Dark NighT
Quote:
It isn't a good looker, the cutout for the cables really do not help it's design.Quote

trawetSluaP
Quote:
I original thought that but then when the cables are plugged in it will be less of an issue.Quote

m2geek
I really like it, it's a MAJOR upgrade from the hideous old GTX1xxx cooler they reused for turing.Quote