Back at CES, ASUS announced their 43-inch XG438Q gaming display, which offers users a resolution of 4K, refresh rates of up to 120Hz and support for AMD's FreeSync 2 technology, delivering a high-end, large-screen PC gaming experience at a cost that's much lower than Nvidia's Big Format Gaming Displays BFGDs. Now we know that this display will arrive at UK retailer this month, and feature an MSRP of £1099.

ASUS has already confirmed that their ROG Strix XG438Q gaming display will exceed the specifications for both FreeSync 2 HDR and VESA DisplayHDR 600, owing thanks to the screen's local dimming features and its maximum brightness level of 750 nits. The screen also sports an anti-glare coating and what ASUS calls "Gamefast Input Technology" to minimise input latency and reduce screen glare.

With Nvidia's announcement of VESA Adaptive-Sync support, it is likely that this ROG Strix monitor will also be supported by Nvidia's hardware, though this has not been verified. Nvidia will allow PC gamers to activate Adaptive-Sync support within their drivers on uncertified displays, so we will have to wait and see how well this monitor works on Geforce hardware.

This monitor is expected to use a VA type panel and should deliver respectable levels of HDR support with 10-bit image processing, 750 nits of peak luminance, local dimming and both FreeSync 2 HDR and VESA DisplayHDR 600 certifications. The screen will also cover 90% of the DCI-P3 colour space and offer users three distinct HDR modes, ASUS Cinema HDR, ASUS Gaming HDR and FreeSync 2 HDR. 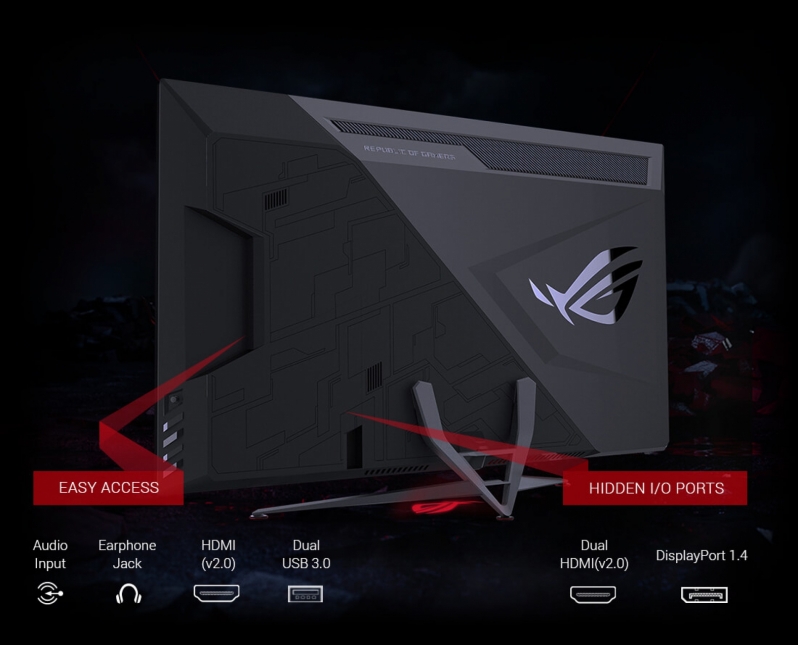 TFT Central has stated that this screen will become available at UK retailers with an MSRP of £1099 around the end of August.

You can join the discussion on ASUS' ROG Strix XG438Q 4K 120Hz monitor on the OC3D Forums.

Dicehunter
For what it is that price is actually pretty damn good, I may give this a look around crimbo

piernut
I was interested in this but does it not have a VESA mount for walls? That would be a big no from me if so.Quote

NeverBackDown
hope they allow users to turn off local dimming. Would be perfect for gaming.Quote
Reply