ASUS has confirmed that their new ROG Strix XG43UQ monitor will be available in May, bringing to the world what ASUS believes is the "World's First HDMI 2.1 monitor".

The ROG Strix XG43UQ monitor is a 43-inch 4K monitor that supports refresh rates of up to 144Hz with ELMB Sync, DisplayHDR 1000 support and an AMD FreeSync Premium Pro certification. Using DisplayPort 1.4, the Strix XG43UQ monitor can offer 144Hz 4K image outputs through Display Stream Compression, and 4K 120Hz support through HDMI 2.1. These high refresh rates can be achieved without chroma subsampling. 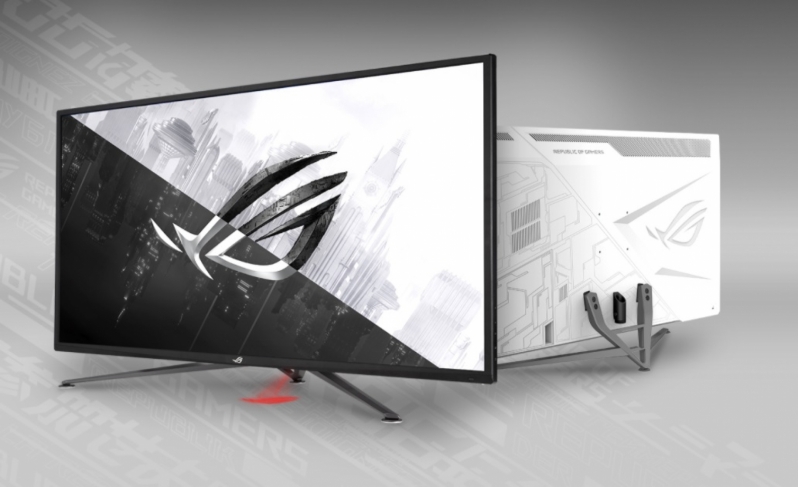 With two HDMI 2.1 connections and a single DisplayPort 1.4 connection, ASUS' ROG Strix XG43UQ can be connected to a PC, Xbox Series X and PlayStation 5 simultaneously, which is great news for hardcore gamers.

While ASUS' ROG Strix screen does boast a lot of features, it is a 43-inch VA panel with edge-lit local dimming, giving the screen a level of HDR support that's inferior to OLED screens. That said, no OLED screens that we know of support both DisplayPort 1.4 and HDMI 2.1 and 144Hz refresh rates at 4K. ASUS' ELMB-Sync feature is also a useful add-on for gamers.

At Overclockers UK, ASUS' ROG Strix XG43UQ has a UK pricepoint of £1,348.99, which is a lot for a single screen. That said, this screen is an HDMI 2.1 compatible HDR monitor that supports high refresh rates. Those are all premium features, though this monitor's pricing does price it similarly to LG's 4K HDMI 2.1 OLED TVs. 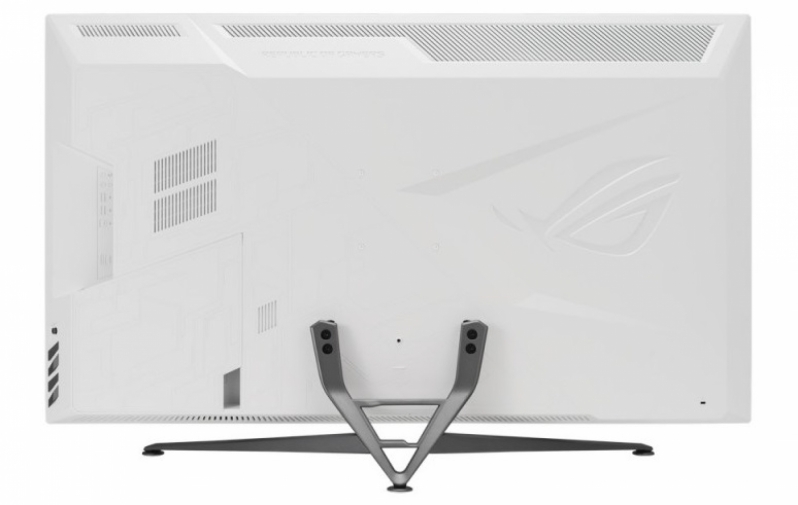 You can join the discussion on ASUS' ROG Strix XG43UQ 4K 144Hz monitor becoming available next month on the OC3D Forums.

Its only 120hz through HDMI 2.1 So why is everyone calling it first 144hz? Its just DP that allows for 144hz, with compression mind you. Why they limited it to 120hz when it has the bandwidth for 144hz considering its very unlikely to be a true 10bit panel and more like an 8bit+FRC panel. If its a true 10bit panel, then its barely just not achievable. Still unlikely.Quote

Dawelio
Quote:
Marketing my friend, as 144Hz sounds better on paper than 120hz

... And the fact that most people aren't that tech savy and hence don't know it's technically not 144Hz.Quote

It's a vague claim, an it isn't that big of a deal. The 144Hz confusion comes thanks to early leaks and a lack of clarity from ASUS.Quote

NeverBackDown
Quote:
The title says "4k 144hz HDMI 2.1" too which could imply it is first when reading the article. So the matter of fact tone you got is misguided. I didn't say YOU said it specifically. I said people are saying that.

It's not a vague claim. Every website is reporting it as 144hz HDMI 2.1 in their titles and Asus CLEARLY states in their own page 120hz with 2.1.

Maybe providing accurate journalism isn't a big deal to you but it should be.Quote

WYP
Quote:
The monitor supports 144Hz refresh rates and it supports HDMI 2.1. Calling it 120Hz in a headline would be underselling the monitor's feature set.

In the article, it plainly states that supports 120Hz through HDMI 2.1 and 144Hz through DisplayPort 1.4 using Display Stream Compression (DSC). Where is the inaccuracy?

It is common practice to not include commas in headlines when listing specifications and any confusion should be cleared up in the text of the article. Headlines are not meant to tell you everything, as what would be the point of full articles otherwise.Quote
Reply