ASUS' RTX 3090 TUF Gaming is now available for under £1,000 at multiple retailers

Nvidia's RTX 3090 graphics cards are now commonly available for under £1,000 in the UK

Today we found that multiple UK retailers were now selling ASUS's RTX 3090 TUF Gaming OC model for under £1,000, which is a far cry from the prices that these graphics cards sold for just a few months ago. At the start of this year, a £1,000 RTX 3090 would have been a "too good to be true" kind of deal, but now these kinds of offers are commonplace.

Today's RTX 3090 pricing showcases the difficult position that Nvidia has placed themselves in. The cryptocurrency mining bust has left Nvidia and their partners with literal warehouses full of graphics cards to sell, and consumers are no longer willing to pay inflated prices for them. The laws of supply and demand are no longer working in Nvidia's favour, and that means that demand needs to be stimulated by lower prices. That's why Nvidia's RTX 3090 can now be purchased for under £1,000. 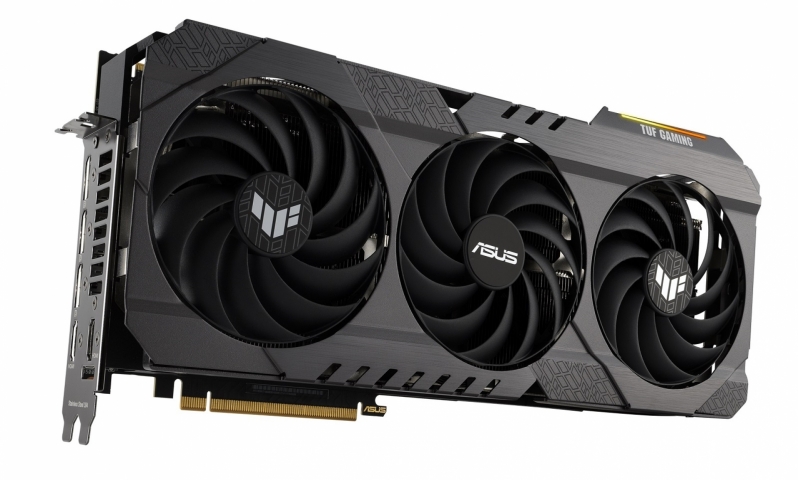 Will prices get even lower?

Currently, it is unknown how far GPU pricing will fall over the next few weeks/months. We do not know how much today's lowered GPU prices have stimulated demand, and we do not know how much inventory Nvidia needs to shift before launching their RTX 40 series products. Even lower prices could be on the horizon, but it is also possible that this is as low as RTX 3090 pricing will get. We do not know what the future folds, so if you are in the market for an RTX 3090, you will need to place a bet on whether or not graphics card prices have bottomed out.

You can join the discussion on Nvidia's RTX 3090 graphics cards being commonly available new for under £1,000 on the OC3D Forums.

AlienALX
Man it kinda makes you wonder just how big their backlog is.

Surely when they launched the 3090Ti they stopped making these? which was ages ago now.

Fact they still have them is just nuts.Quote

Just wait. Nvidia destroyed miners and gamers at the same time. Now that gamers have given up due to prices and miners are selling everything, you just have to wait.
Just wait.
Prices are going to drop masively, specially with the recession + inflation that we have.Quote

When inflation goes up the cost of absolutely everything goes up with it. That is why it is bad. If the cost of living went down? it wouldn't be a problem.

Nvidia, their board partners, the shipping companies, the packaging companies ETC will all put their prices up. All of them, because they will have to do so in line with inflation. You can't tell people "Well sorry, your mortgage is going up, the cost of fuel is going up, food is going up but hey, we are paying you less !".

That is why so many companies are striking right now.

However that situation aside? nothing about the next gen will be cheaper. For many reasons. However, the most part of the reason? I will explain for you.

A new node. Means new wafers. The lower the nm wafers? the more they cost. And it is A LOT. So whilst you may get more parts out of it? the costs are through the roof.

TSMC. Right now they are the busiest fab in the world. They make all of AMD's chips, and a ton more besides. Nvidia went to Samsung trying to fast track this, after TSMC raised their prices. Nvidia thought they could go to Samsung and all would be well, but it was not. So returning? they will have to pay up, maybe more so than before, and wait in line. And all of that raises cost, not lowers it.

Cooling. Nvidia stated, and I can well believe them, that each of the FE coolers for the 3080 and above cost them about $150. However, because they had cut out the middleman and their profits, they were able to sell *SOME* cards at the supposed RRP. That is making their customary 60% profits on the dies and VRAM. That board partners could only buy exclusively from them.

The next gen? will need even beefier coolers. It looks like performance and power consumption will be up around 40%. Remember, those two ALWAYS go hand in hand. So coolers are going to have to be far beefier than they are now, and that all adds cost.

So really, if you expect to see cheaper cards? then you are in for a huge disappointment.

A 2080Ti at launch cost £1500 or so. Every one said Nvidia were being greedy, etc, yada ya. That was before a pandemic, global recession and soaring inflation.

However, they were just doing what they do. Like I said - 60%. That is how much higher the costs were at TSMC VS Samsung.

I could be wrong about it, and they could still be using Samsung. However, I don't then understand how they are getting the clock speeds and overall power that is being touted here if they are.Quote
Reply