ASUS' RX 570 has been pictured by an early user, who has also leaked the clock speeds of this new overclocked GPU variant. This leak confirms that the RX 570 will come with higher clock speeds than their RX 470 counterparts, with this version coming with higher clocks than ASUS' previous generation RX 470 overclocked variant.
In its standard configuration, this new GPU comes with a 50MHz boost on the GPU core and a 400MHz boost in memory clock speed, which should give this new GPU a nice performance boost in games, though it remains to be seen if this new GPU will offer higher overclocking potential. 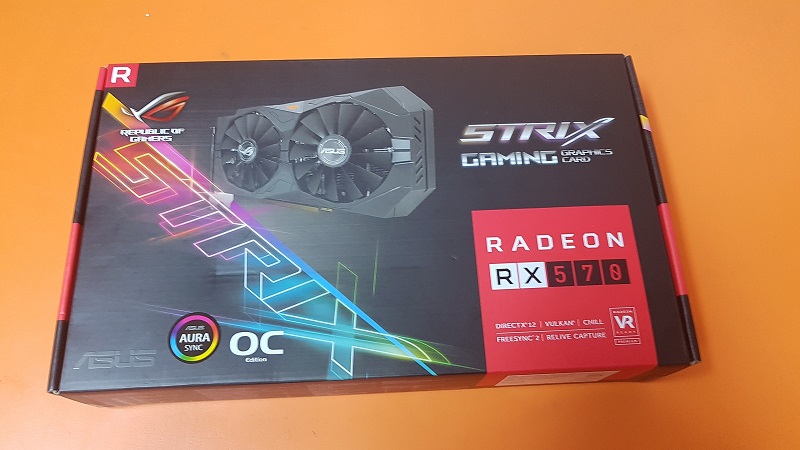 As we can see from this GPU's packaging, the RX 570 will come with the same cooler design as the RX 470, with AMD marketing this new GPU as supporting FreeSync 2, which is a combination of FreeSync with LFC and HDR, making this GPU compliant with several future display standards.

You can join the discussion on ASUS' RX 570 Strix on the OC3D Forums.

tinytomlogan
Did they just add a 5 on the box?Quote

WYP
Quote:
Also mentions things like FreeSync 2, which did not exist back when the RX 400 series launched.

The differences are very minor really.Quote