Nvidia has started to move to the more moderate end of their RTX 40 series lineup, with their new RTX 4070 Ti launching with an MSRP of $799. For that, Nvidia boasts RTX 3090 Ti beating performance on a graphics card with a lower power draw and a lot of new feature add-ons.

The ROG Strix GeForce RTX 4070 Ti offers powerhouse next-gen performance in a slightly smaller package than its larger siblings, with all the style and substance you’ve come to expect from ROG Strix. At 3.15 slots thick and 336mm long, this card provides plenty of surface area on its MaxContact heatsink for airflow, while retaining the new cyberpunk design and ultra-rigid structure of its larger siblings. It's also rocking three of our new 11-blade Axial-tech fans, which can push 31% more air volume and 56.3% more static pressure than its predecessors on the ROG Strix GeForce RTX 3080 — all at a lower power limit with similar noise levels. A massive vented backplate ensures superior airflow, and 0dB technology keeps your card completely silent under lighter workloads.

All of Strix’s must-have features are all here as well: choose between performant and quiet modes with a Dual BIOS switch, connect your PC case fans to two FanConnect II headers, and light up your rig with a ring of ARGB tail-lights compatible with Aura Sync. Meanwhile, reliable power delivery and time-tested build quality through our Auto-Extreme manufacturing process mean this card is ready to stand with you for years to come. For a more accessible card that still screams Strix, the ROG Strix GeForce RTX 4070 Ti is not to be trifled with. 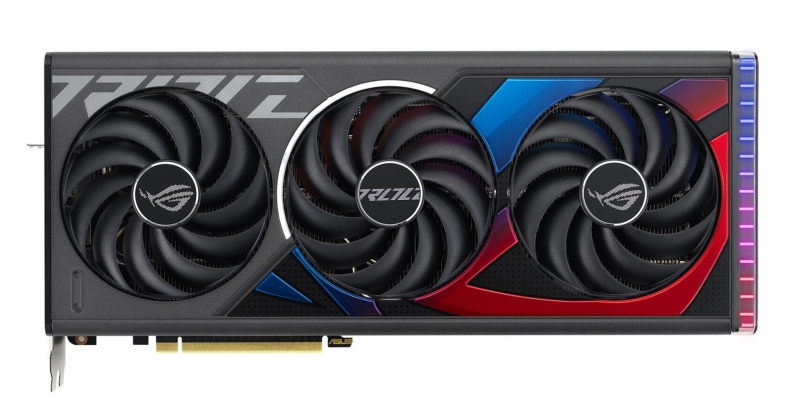 Below ASUS' ROG Strix RTX 4070 Ti is their TUF Gaming RTX 4070 Ti, which ships with a similar 3-fan heatsink design that is 3.25 slots thick and 305mm long. This model also features a dual BIOS switch with performance and quiet operating modes, and a more limited ARGB lighting setup that is restricted to this GPU's TUF Gaming Logo.

We’re also offering a TUF Gaming variant of the GeForce RTX 4070 Ti, complete with the same powerful GPU as the Strix version with a slightly thicker heatsink and shorter card design. At 3.25 slots with our new 11-blade Axial-Tech fans, you won’t be left wanting for cooling potential, while the shorter 305mm length offers wider case compatibility. 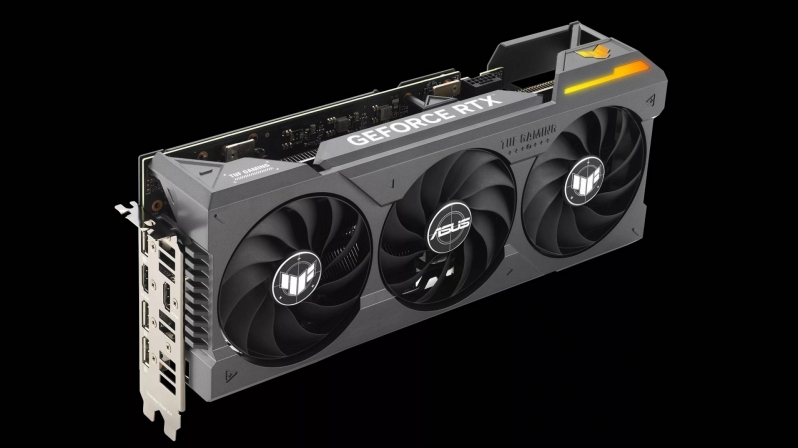 You can join the discussion on ASUS' new RTX 4070 Ti graphics cards on the OC3D Forums.