DICE has already stated that they have been working hard to ensure that Battlefield 1's release will not be a repeat of the disastrous launch of Battlefield 4, with lead designer Daniel Berlin saying that this has been one of the primary focuses for the team. 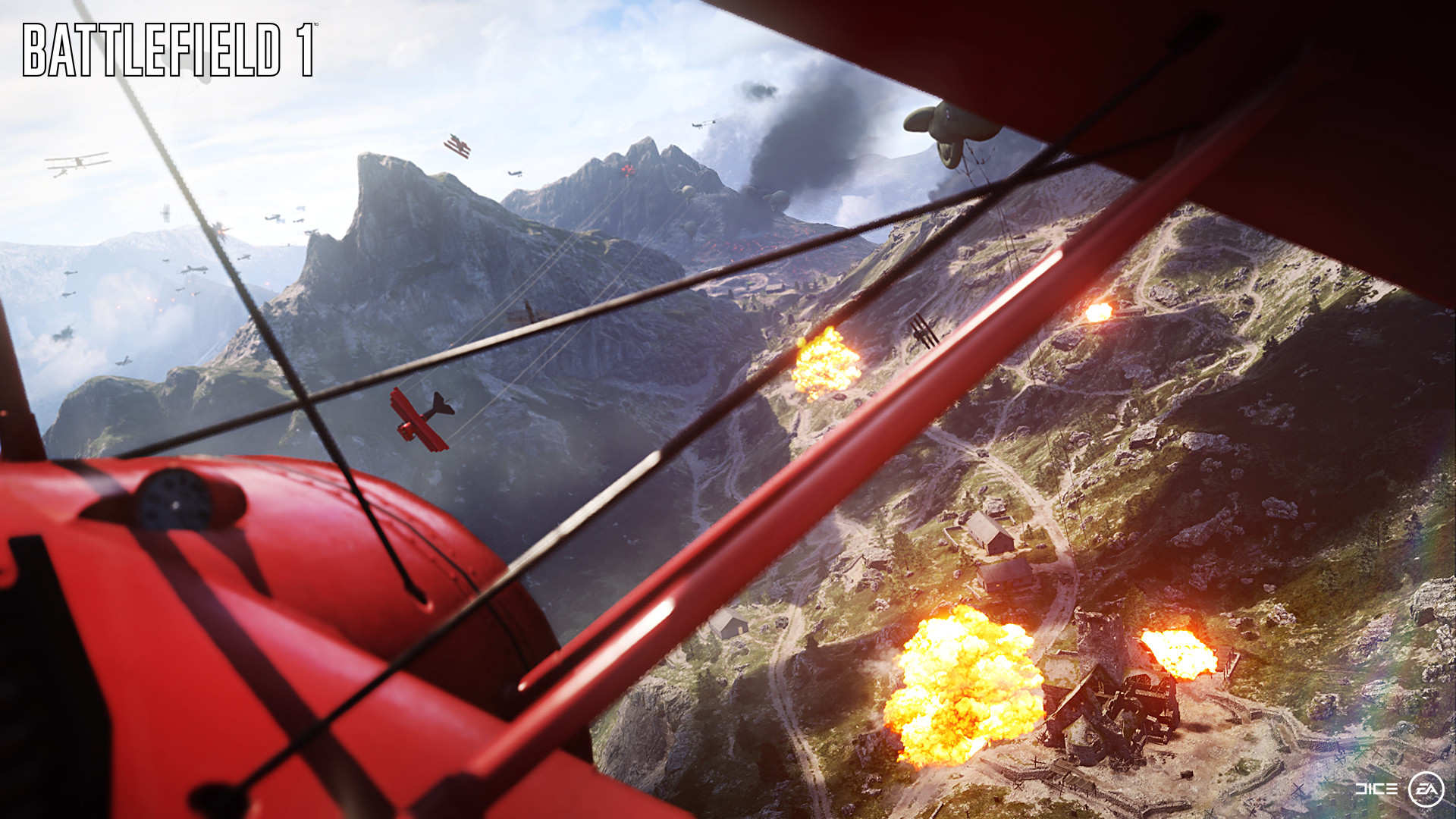 The game's setting of World War One is a setting that is rarely explored in games, with the game planning to showcase the battlefields of World War One from the Western Front to the Middle East and to the high seas, where a lot of new tactics and technologies are combined with classic cavalry charges and close quarters combat.

The game will include several Melee weapons, from shovels to clubs and bayonets, each of which has their own advantages and disadvantages in combat.

Vehicles have always been a huge part of the battlefield franchise, with Battlefield one bringing battleships, biplanes, tanks, light tanks and airships. The trailer has shown cavalry charges, which hints that mounted/horseback combat will be included in the game.

Weapon customization will still be available in Battlefield 1, though right now we are not sure how much you will be permitted to do so given the time period. Right now a bayonet option has been confirmed for Melee combat.

Poison gas will play a gameplay role, leaving areas that will be dangerous to enter unless you have a gas mask which allows these areas to be used tactically. 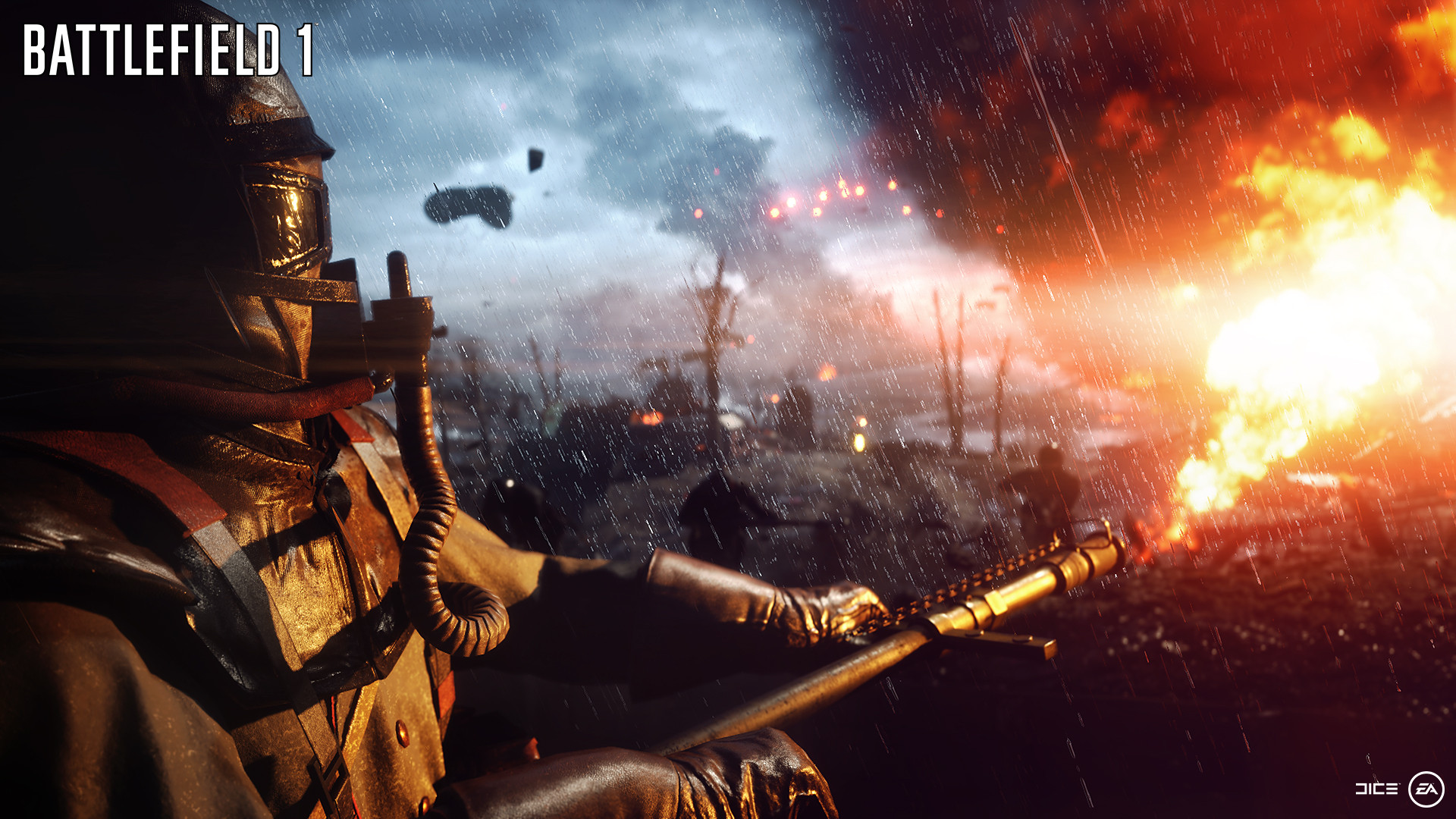 In the interview, Berlin said that avoiding the missteps of Battlefield 4 as "a focus for [DICE]." He also stated that the upcoming beta should ensure stability further. The developer also claims to have learned a lot from Star Wars Battlefront's (successful) launch.

We know [Battlefield 4] was a difficult launch. We’ve been working on this for a long time. We released Battlefront, which did really well. We’re pushing an open beta to ensure stability. We’ve taken a lot of learnings from that experience, and we feel like we succeeded with Battlefront. We’ll take everything we learned there and apply it to Battlefield One as well.

Battlefield 1 was officially announced last week, and will launch on PC and current-gen consoles on October 21. If you can't wait that long, you can sign up for Battlefield's Insider programme to get beta access here.

You can join the discussion on Battlefield 1's having a server browser on the OC3D Forums.

Kushiro
One has to wonder why they removed it in the first place..Quote

The only way the game let you speak to anyone else was when your character made a wilhelm scream when you died. You needed to use TeamSpeak to play it with friends.Quote

I didnt play star wars myself, however my brother got a warning from EA cause of a Teamspeak plugin and EA thought it was a trainer..Quote

SuB
While this news is nice, BattleLog was fine and kind of set a new precedent for how games should work out-side of their actual .exe. The integration with the browser was actually pretty slick and very well implemented. It also meant you could check everything necessary external to the game.

I know it was about as popular as a lead balloon, but I think it grew on people sufficiently that I'll actually be sad to see it go (but I doubt they'll completely abandon it)Quote
Reply