This is the best PC hardware April fools of 2021

Nvidia's already working on its RTX 40 series of graphics cards, and based on today's leaks their RTX 40 series flagship will be a monster. This morning, a benchmarking video for Nvidia's RTX 4090 graphics card has appeared online, showcasing the graphics card's ultra-high-end cooling solution, beefy PCB design and ludicrous hardware specifications.

According to Captain's Workspace, who tested this early RTX 4090 graphics card, Nvidia will be kitting out their next-generation flagship with 18,000 CUDA cores and 48GB of GDDR7 memory. This graphics card will leave next-generation consoles in the dust, overpowering everything in today's market with 232 RT cores and a 2,169 MHz boost clock.

At the base of this article, we have a video of this monster graphics card in action, highlighting the sheer cooling potential of this graphics card's stonking big heatsink, which utilises a similar design to the RTX 3090 with eight cooling fans. 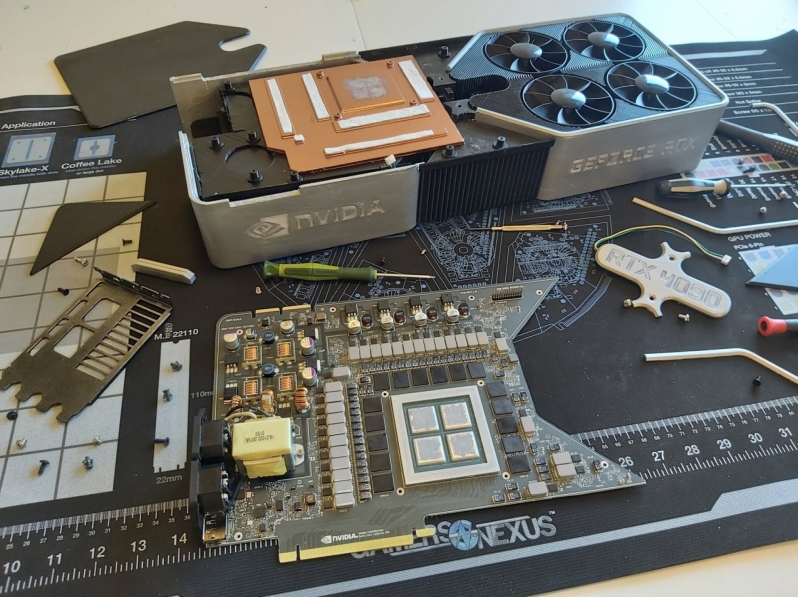 (This is an April Fools Joke)

With 48GB of RAM and four GPOU chiplets, Nvidia's RTX 4090 graphics card has the power to play any modern game at maxed-out settings with ease. Using the power of AI, this graphics card could probably play your games for you as well.

48GB of GDDR7 memory and four graphics chiplets demands a lot of power, and that is why Nvidia's RTX 4090 has a TGP of 1kW, requiring auxiliary power connections at the rear of the GPU. 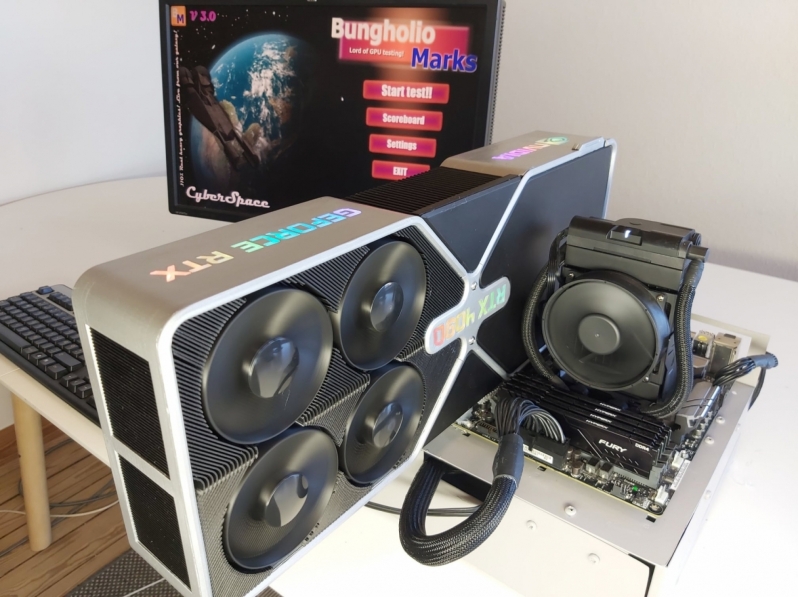 This graphics card is a piece of engineering insanity, but Captain's Workshop teased something even bigger at the end of his video. Yes, Nvidia has an RTX 4090 Ti in the work! Incredible.

You can join the discussion on Captain's Workspace's fake RTX 4090 graphics card on the OC3D Forums.

Dark NighT
This guy is such a legend hahahahahah... had me in stitches!Quote

hmmblah
LMAO, thought the can was the funny part, but then it just kept going....Quote